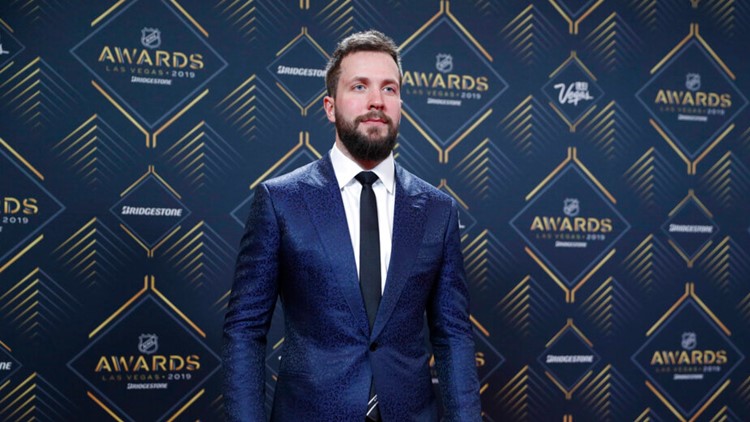 LAS VEGAS — The Tampa Bay Lightning's postseason didn't end with a Stanley Cup, but that didn't stop Nikita Kucherov from bringing home some hardware of his own

At the NHL Awards in Las Vegas on Wednesday, Kucherov won the Hart Memorial Trophy, presented by the Professional Hockey Writers Association to the league's most valuable player.

He picked up 1,677 points in the voting, more than double that of runner-up Sidney Crosby of the Pittsburgh Penguins. He was named the first choice on 164 out of 171 ballots.

The only previous Lightning player to win the award was Hall of Famer Martin St. Louis.

Kucherov also picked up the Art Ross Trophy. The award goes to the player who led the NHL in scoring points at the end of the regular season.

He was also won the Ted Lindsay Award after being named the season's most outstanding player by his fellow NHL players.

He is also the second Lightning player to win the Lindsay Award --  again, after Martin St. Louis in 2003-04.

Meanwhile, Andrei Vasilevskiy got the Vezina Trophy for being the season's best goalie as selected by general managers. He won a league-leading 39 victories in 53 games and is the first Lightning goalie to win the honor.