The Bolts are now one win away from hoisting the Stanley Cup. 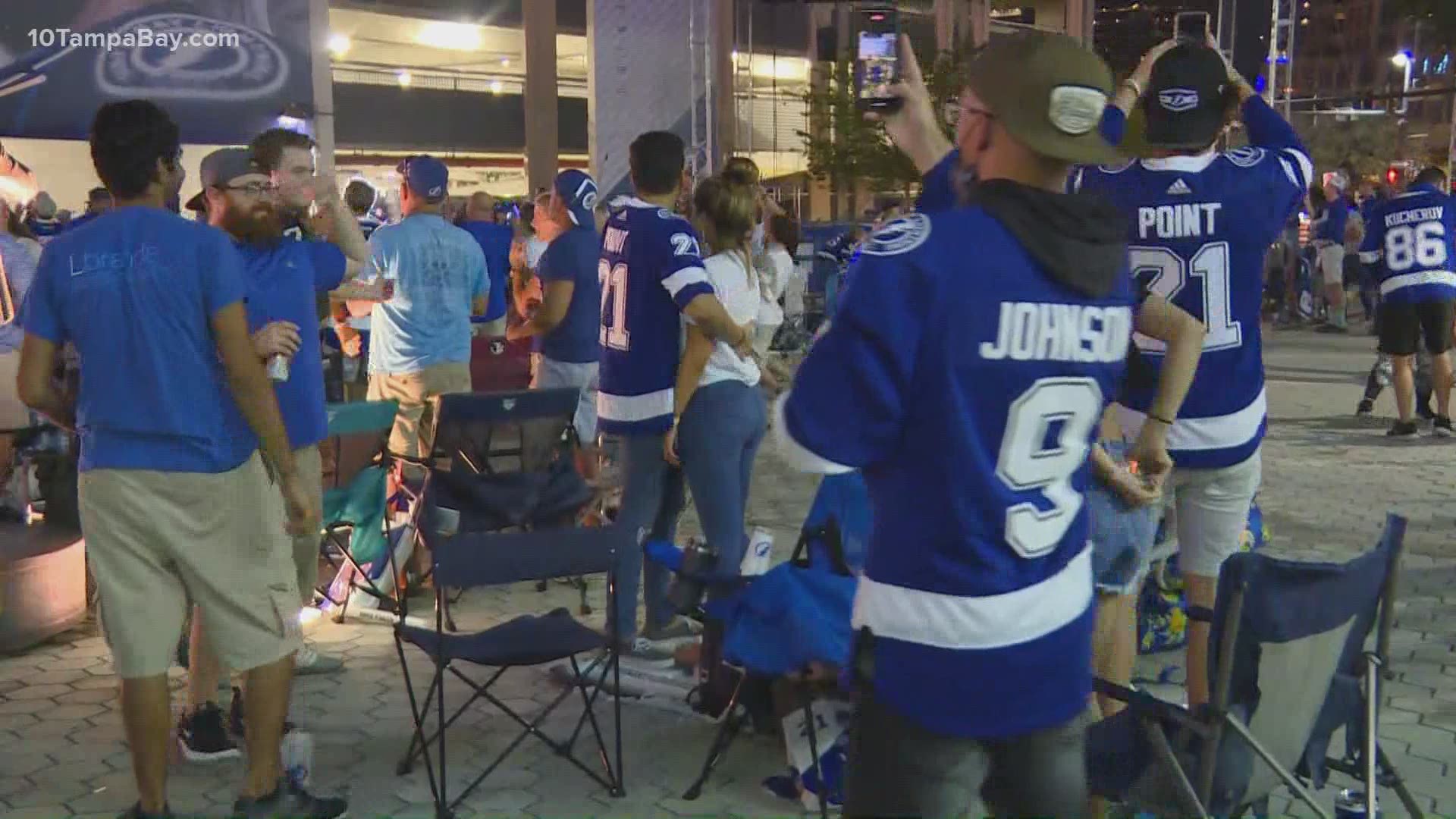 TAMPA, Fla. — Game 4 of the Stanley Cup Final was one for the books. Both the Bolts and the Stars kept fans on their toes all the way into overtime Friday night with the Lightning pulling out the win.

There were power plays, penalty kills, amazing saves and what felt like back-and-forth goal scoring through all three periods.

The Lightning battled off going down to a 4-on-3 situation ahead of their win. Shattenkirk scored the game-winning shot, extending the team's series lead 3-1.

Unfortunately, Stamkos wasn't on the ice for Game 4, but the team says he hasn't been ruled out of the series completely.

Now, one win stands between the Lightning taking home the Stanley Cup for the first time since 2004. Game 5 is set for 8 p.m. on Saturday.

GOAL! The Bolts win in overtime and are now just one win away from hoisting the Stanley Cup. We will see you on the ice tomorrow at 8 p.m.

BOLTS WIN! ⚡ The Lightning managed to pull out a Game 4 win, during overtime, in the Stanley Cup Final. They are just ONE WIN AWAY from hoisting the Stanley Cup.

Lightning get an overtime power play. A goal here will secure a Game 4 win for the Bolts.

Lightning go another man down and will have to play 3-on-4 after Sergachev is called for holding.

Could not say it any better ourselves...Game 4 is heading into overtime.

Both teams will go 4-on-4 to close out the third period.

Dallas battles back with a goal by Seguin. The game is once again tied at 4-4 with 8 minutes left in the game

4-4 with just over eight to go. #TBLvsDAL

With just under 11 minutes left in the third period, Dallas secures a power play.

BOLTS TAKE THE LEAD! Killorn finds the back of the net to give the Lightning the lead in the third period.

ALL TIED UP! Yanni Gourde scores the goal that evens the score between the Bolts and Stars during the second.

Stars regain the lead with their third goal of the night by Perry.

ALL TIED UP! Bolts score within the first 5 minutes of the second period to even the score against Dallas

After the first, the score sits at 2-1

With 32 seconds left in the first, Brayden Point cut the Star's lead in half with a huge goal for the Bolts!

Dallas extends their lead with a second goal in the first period of Game 4. Bolts trail by two.

Lightning secure their first power play of the night as Dallas' Oleksiak is called for hooking.

Dallas gets on the board first tonight with a goal by Klingberg in the first period. Just under 13 minutes remaining before the first intermission.

Let's do this Bolts fans! Game 4 is underway.