The Bolts head to the semifinals for the second year in a row. 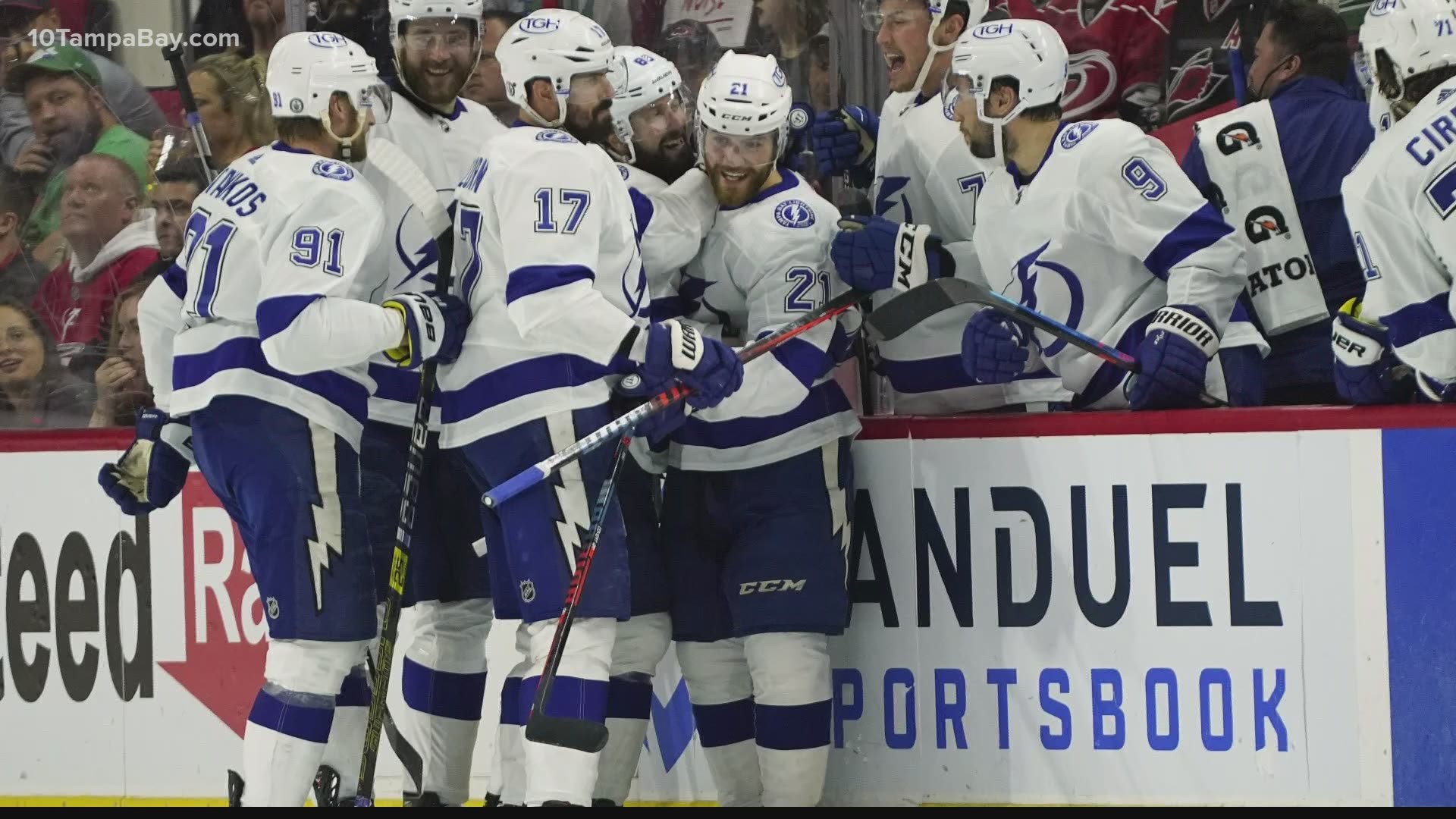 TAMPA, Fla. — The Tampa Bay Lightning punched their ticket to the Stanley Cup Semifinals with their 2-0 Game 5 victory against the Hurricanes.

8:46 p.m.: Lightning extend their lead. Bolts are head of the Hurricanes 2-0 in the third period.

Got close to another one, but we have the lead! #CARvsTBL pic.twitter.com/sZI5IPOoaS

LIGHTNING SCORE ⚡️💪🏽 - This is the moment #GoBolts fans got out of their seats after @TBLightning scored their first goal! Game 5 now 1-0 Bolts! The Distant Thunder keeping the energy going here at home @10TampaBay pic.twitter.com/tMkejyPhj0

The Lightning are, once again, in enemy territory and hoping to win on the road at PNC Arena in Raleigh.

The good news? The Lightning are 2-0 on the road in this second-round series. Plus, the Lightning never lost two straight games during their run to the Stanley Cup in 2020. They’re 10-0 in games following a loss over the last two postseasons.

Should the Hurricanes force Game 6 the two teams will head back to the Amalie Arena for a 6:30 p.m. face-off on June 10.