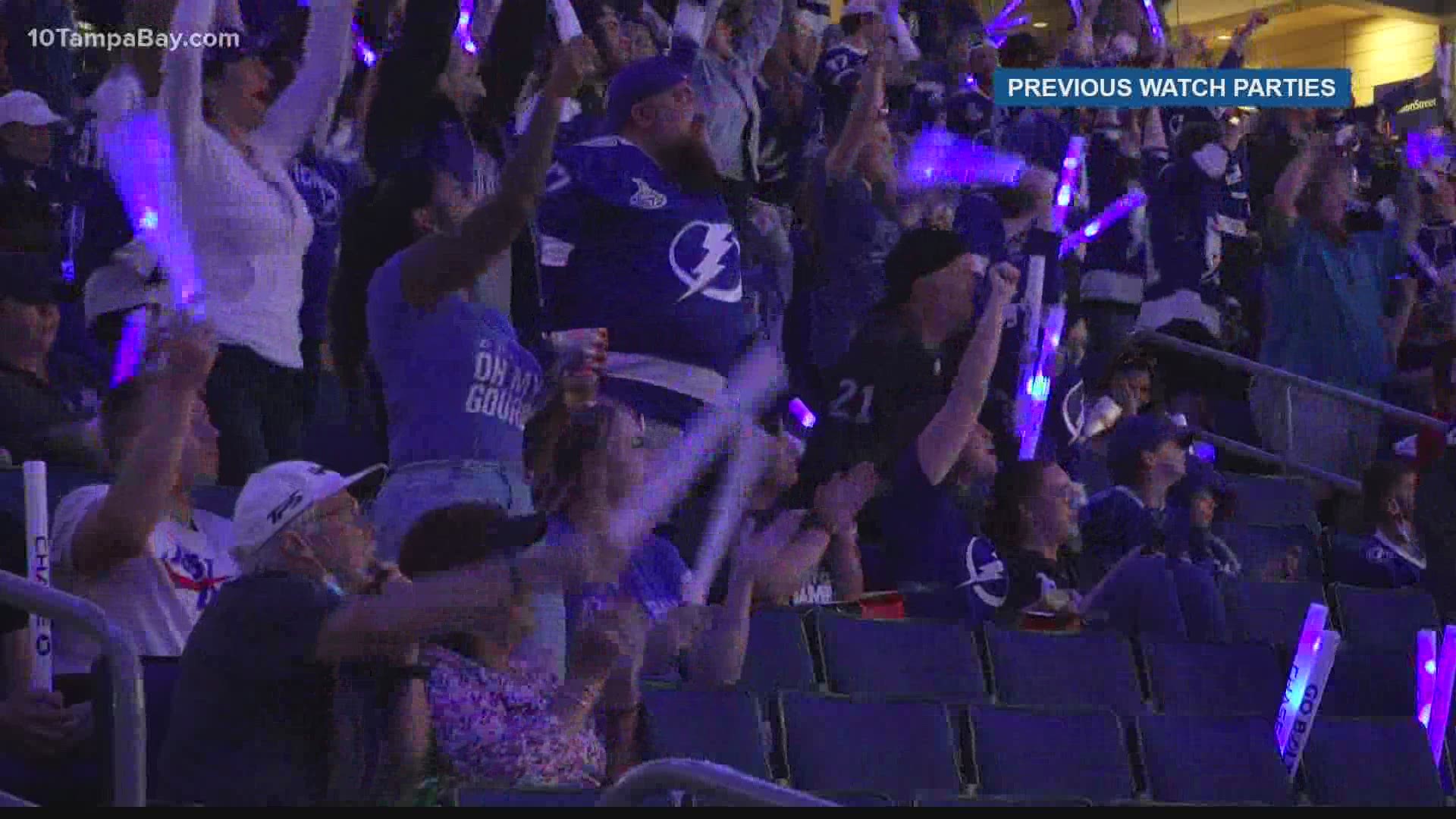 The Islanders score early in OT to force a Game 7 at Amalie Arena. The final score is 3-2.

With the score all tied up at 2-2, the Lightning and Islanders will go to overtime to decide Game 6.

Scott Mayfield scores in the 3rd to tie the game. It's 2-2 with time ticking in the final period of regulation.

The second period ends with some drama on the ice. Tensions are high. But, the Lightning head into the 3rd period with a lead and a trip to their second consecutive Stanley Cup Final in reach.

The Islanders get on the board on a Jordan Eberle goal. It's now 2-1, the Lightning still hold on to a lead.

After killing off multiple penalties, a daunting task facing a lot of shots, the Lightning score again to go up by two. Anthony Cirelli gets the goal and it's 2-0 in the 2nd.

Who else but Brayden Point scores first?! That's nine straight playoff games with a goal for Point, making it the second-longest playoff game goal streak in NHL history. He is on fire and the Lightning go on top in the 1st period 1-0.

The puck has dropped on Game 6 as the Tampa Bay Lightning are aiming to return to the team's second consecutive Stanley Cup Final. Meanwhile, the Islanders need a win to force a pivotal Game 7.

It could all come down to this. The Tampa Bay Lightning are fighting for back-to-back appearances in the Stanley Cup Finals, while the New York Islanders are just fighting to stay alive.

Heading into Game 6, the Bolts are riding a high after a dominating 8-0 defeat of the Isles in front of a home crowd at Amalie Arena. The team hit the ice like a freight train during Game 5 and never hit the brakes.

The dominating performance by the Lightning tied a franchise record for goals scored in a playoff game. Ironically, the Bolts beat the Islanders 8-2 during a 2020 playoffs match-up of the teams.

Bringing that energy Wednesday night will be key to the Lightning adding one final victory to their 3-2 series lead in the semifinals.

Time will tell if Lightning defenseman Jan Rutta will take the ice for Game 6 after being cross-checked by Islander forward Mathew Barzal. Head coach Jon Cooper is expected to provide an update after the team's game-day morning skate.