The puck drops at 7 p.m. at AMALIE Arena. 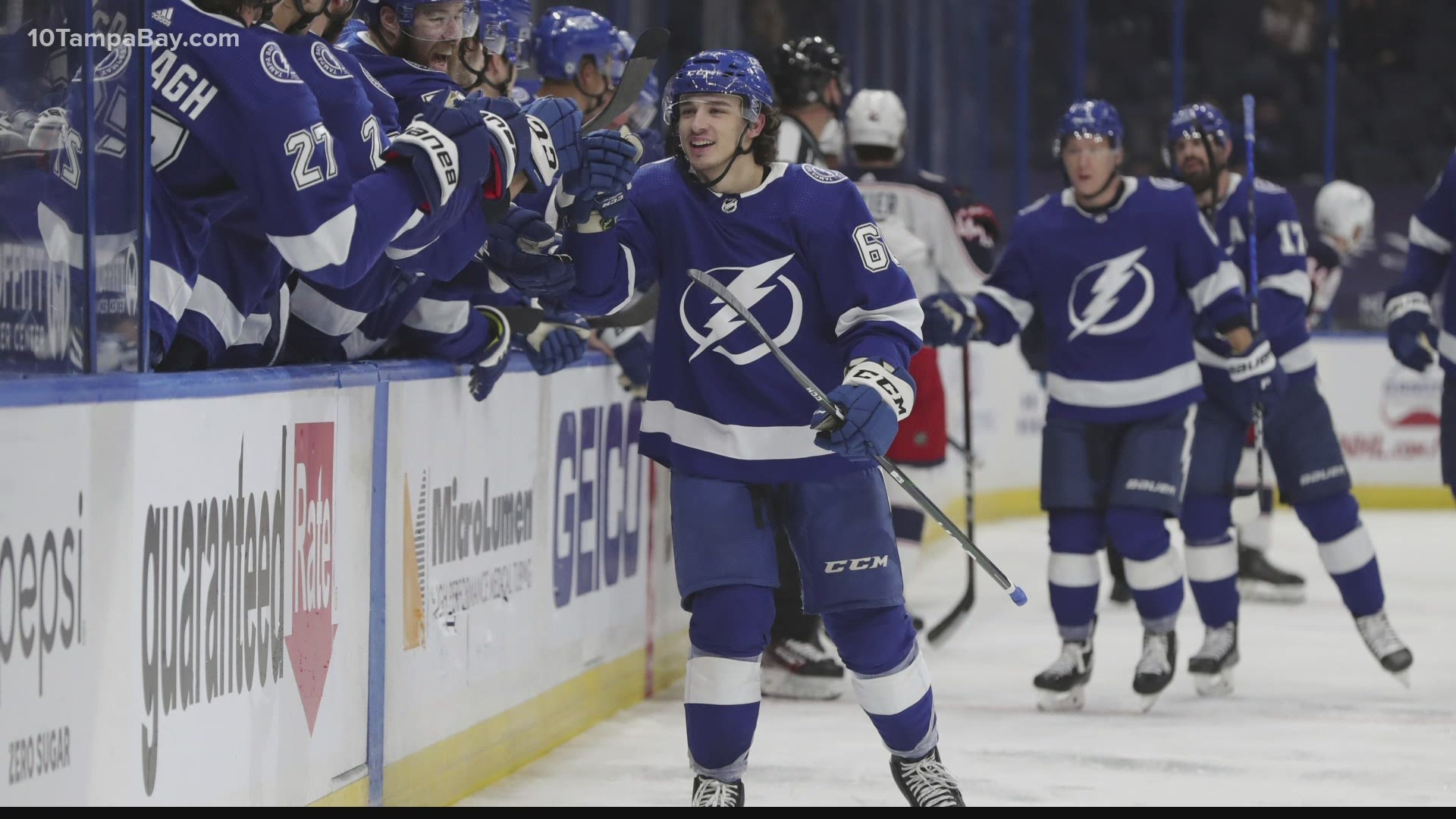 The playoff picture is almost set in stone. If the Carolina Hurricanes win one of their final two games (or lose in overtime of both), they will take the No. 1 seed entering the postseason. That means the Lightning will almost certainly play the Florida Panthers in the opening round of the Stanley Cup Playoffs.

"It probably makes it easier in the sense that we know them and they know us," Bolts head coach Jon Cooper said before Friday's game. "There are no secrets. Guys know what to expect a lot more."

The playoffs are going to be unlike anything we have seen before because Tampa Bay has played its divisional opponents eight times.

The biggest differentiating factor the Lightning have is the fact Steven Stamkos and Nikita Kucherov have not played a single minute together this season.

Kucherov has been out the entire season recovering from hip surgery, and Stamkos has been out since April 8 with a lower-body injury.

"Kuch and I are really close," Stamkos said. "Anytime you can have a rehab buddy it makes things better. I think we're excited to get back on the ice together in a game situation. Things are trendy in the right direction."

According to Cooper and Stamkos, both players remain on track for game one of the postseason. The dynamic duo has spent the last couple of weeks practicing and improving their stamina, but nothing replicates game speed.

"There is nothing that can prepare you for those game situations," Stamkos said. "It's never the same until you have to go and react in a game. That's going to happen game one for us."

Cooper said this season has been one of the toughest despite a 56-game schedule. Tampa Bay is no different than any other team dealing with health and safety protocols during the pandemic; but he is proud of his guys for overcoming adversity throughout the season.

The Lightning will skate onto the ice a hot bunch receiving points in their last seven games. Also, the Dallas Stars just hate seeing these guys on the ice because Tampa Bay has an 11-1-3 record against them dating back to the 2016-17 season.

Puck drops at 7 p.m. from AMALIE Arena with the team entering the contest 21-6-0 at home.