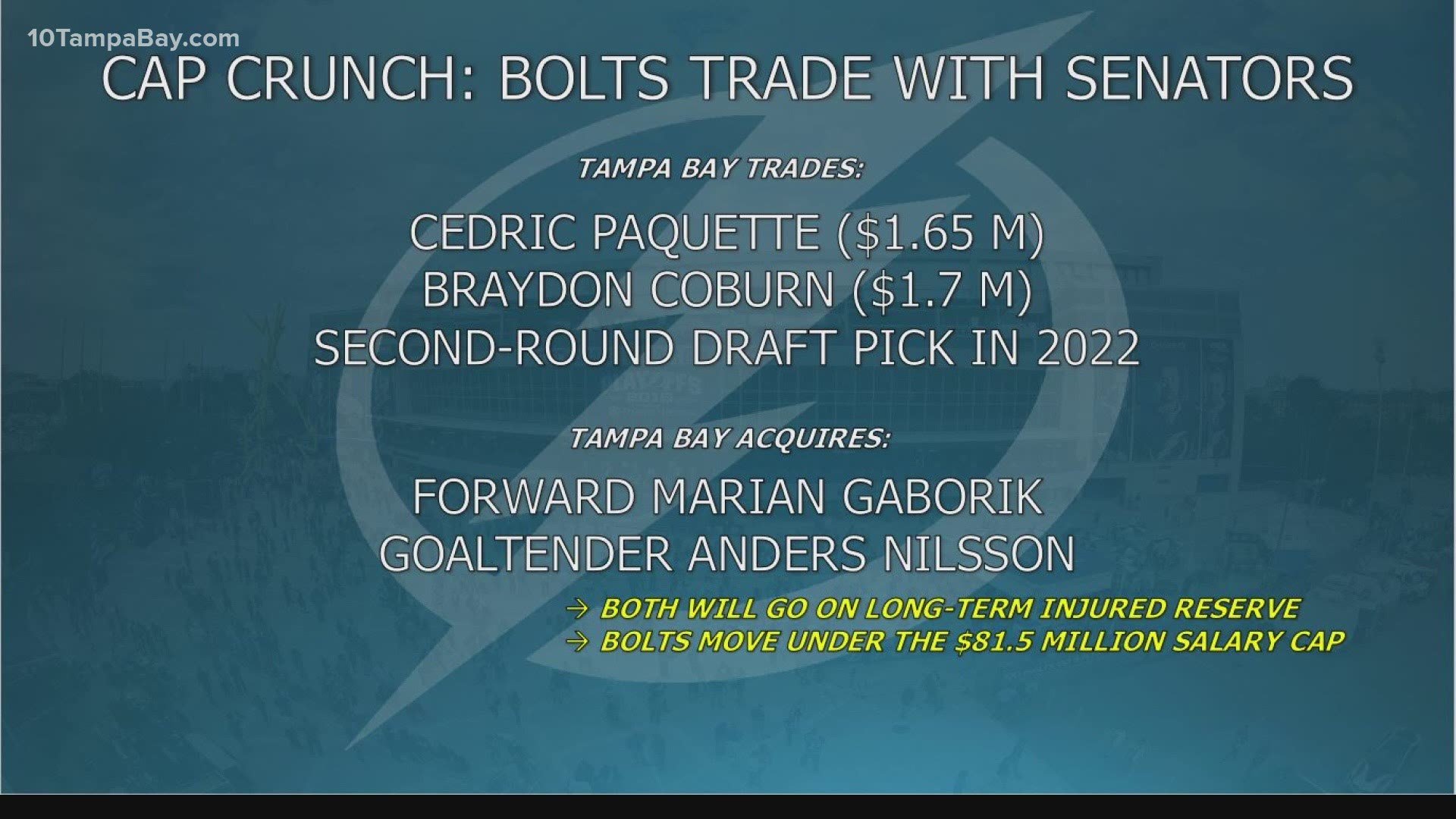 TAMPA, Fla — The Tampa Bay Lightning have completed a two-man trade with the Ottawa Senators ahead of the 2021 season.

Defenseman Braydon Coburn and forward Cedric Paquette are Canada bound as a result of the deal. As is the Bolts 2022 second-round draft pick.

As for what they received in return? The rights to forward Marian Gaborik and goaltender Anders Nilsson.

Both Gaborik and Nilsson will be placed on long-term injury reserve and will not play this season, according to a press release.