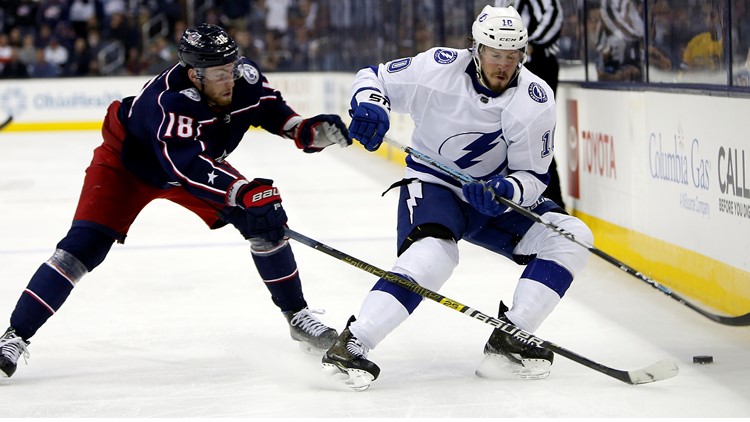 Lightning's historic collapse to the Blue Jackets by the numbers

The Tampa Bay Lightning got swept by the Columbus Blue Jackets in the first round of the Stanley Cup Playoffs.

The Blue Jackets capped the sweep with a 7-3 win Tuesday night.

Here's a look at the Lightning's collapse by the numbers:

Tampa Bay became the first team in the expansion era, which began in 1967-68, to go winless in the first round of the playoffs after leading the league in points during the regular season.

Setting a league record for regular season wins is exciting, but it doesn’t lead to postseason success. None of the record holders for the four North American sports leagues – MLB, NBA and NHL – have gone on to win the title.

Some have the belief that the President’s Trophy carries a curse -- the team that wins this trophy does not go on to win the Stanley Cup.

The Lightning is the first team in NHL history to win the Presidents’ Trophy and get swept in the first round of a best-of-seven playoff series.

The Lightning entered the Stanley Cup Playoffs as the heavy favorite to win a title.

The Calgary Flames were the next favorite to win the Stanley Cup before the playoffs began at +900.

Not sure what these numbers mean? Click or tap here for a betting calculator

The Columbus Blue Jackets were the only active team in the four North American sports leagues not to have won either a playoff series (MLB, NBA and NHL) or a playoff game (NFL). That changed in the team’s sweep of the Lightning.