The final was 3-2 in double overtime. 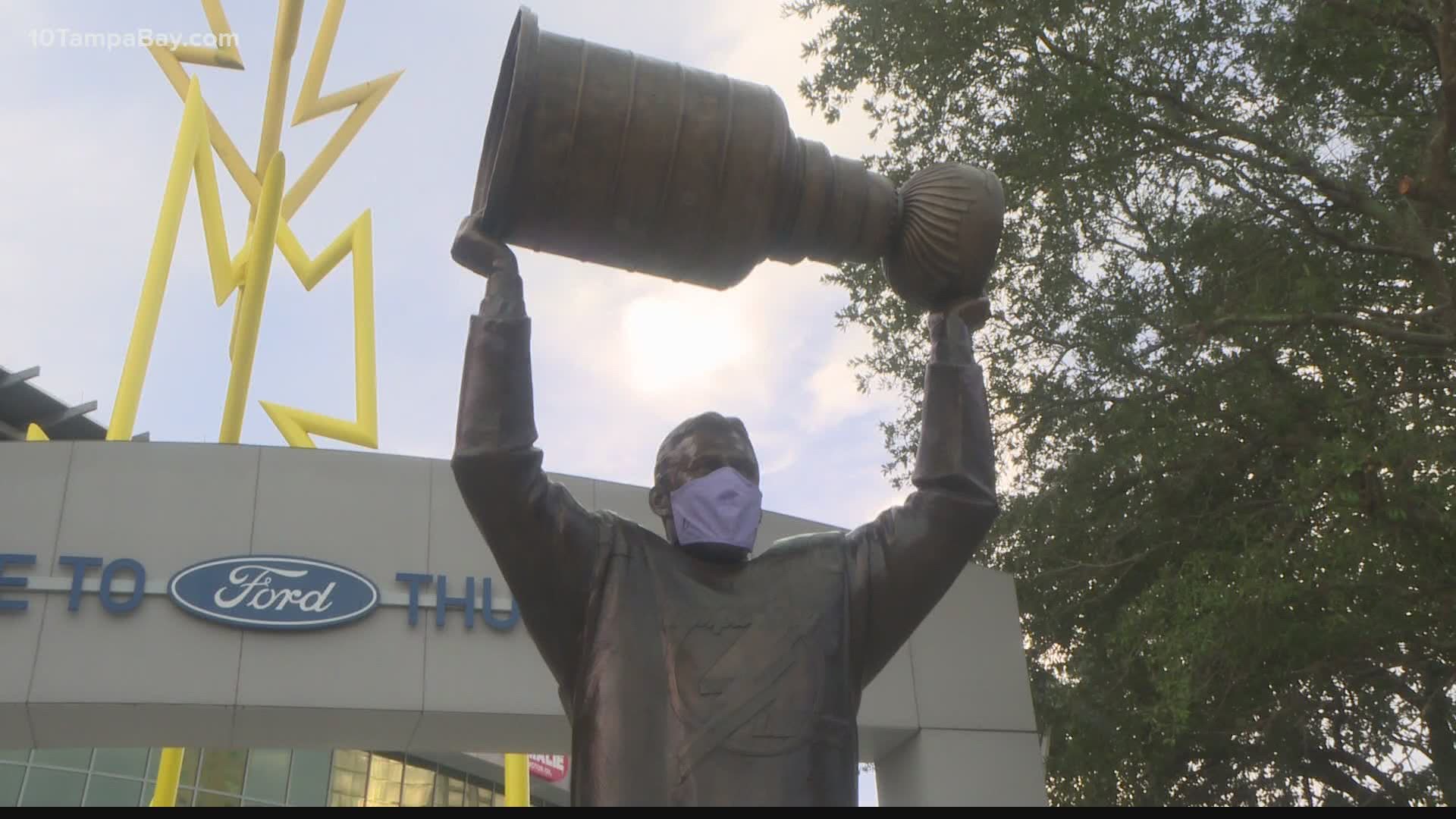 TAMPA, Fla — The Lightning are advancing to the Eastern Conference Final after a 3-2 double-overtime victory over the Bruins on Monday.

The Bolts led the series 3-1 entering Monday. Tampa Bay has never lost a playoff series when up 3-1.

Going into tonight's game, the Lightning were 12-9 all-time in Game 5's and have won their last seven Game 5's entering the night. Tampa Bay's three-game win streak was also the longest active win streak in the NHL entering Monday.

The Lightning win and advance to the Eastern Conference Final with a double-overtime victory! Victor Hedman is the hero!

THEY'RE MOVING ON ⚡️⚡️ It took two overtimes, but the @TBLightning get it done and advance to the Eastern Conference Final!!!!! Let's #GoBolts!!!!

It's going to take at least a double overtime to decide this one.

In the first overtime period, the Lightning had a power play but couldn't capitalize. They are 0/4 on the night with the man advantage.

Boston outshot Tampa Bay in the overtime period 11-7. Overall, the Bruins are dominating in the shots department, 46-28.

Andrei Vasilevskiy has been a force to be reckoned with in this one, saving 44 shots.

we will be requiring a second overtime tonight.

End of regulation. The Lightning and Bruins are tied 2-2. Next goal wins.

David Krejci ties the game on a late goal in the third period. It's 2-2.

With the Bruins facing elimination, the Lightning take the lead on a goal from Anthony Cirelli at 12:03 in the third period.

AC WITH THE REDIRECT pic.twitter.com/DMuMTJUBt4

The third period is underway. The Lightning and Bruins are tied 1-1. A win sends Tampa Bay to the Eastern Conference Final.

The third is underway!

Tied at one to start. #TBLvsBOS

After two periods of play, the Lightning and Bruins are tied 1-1.

David Pastrnak gets a power play goal to tie the game 1-1.

Pastrnak evens it at one with 7:22 remaining in the second. #TBLvsBOS

Ondrej Palat gets the Lightning on the board first 4:21 into the 2nd period. Kevin Shattenkirk and Blake Coleman each get an assist. It's 1-0.

The second period is underway as the Lightning look to get on the board first.

We’re back for the second with Kucherov in tow!

The Lightning and Bruins are scoreless after one period of play. The Lightning had a four-minute power play that they failed to capitalize on. Boston also had a power play in the period and did not score. The Bruins outshot the Lightning 8-5 in the first.

The puck has dropped and the Bruins and Lightning are underway in Game 5.