Back in business: The Stanley Cup is officially on tour after having dent repaired 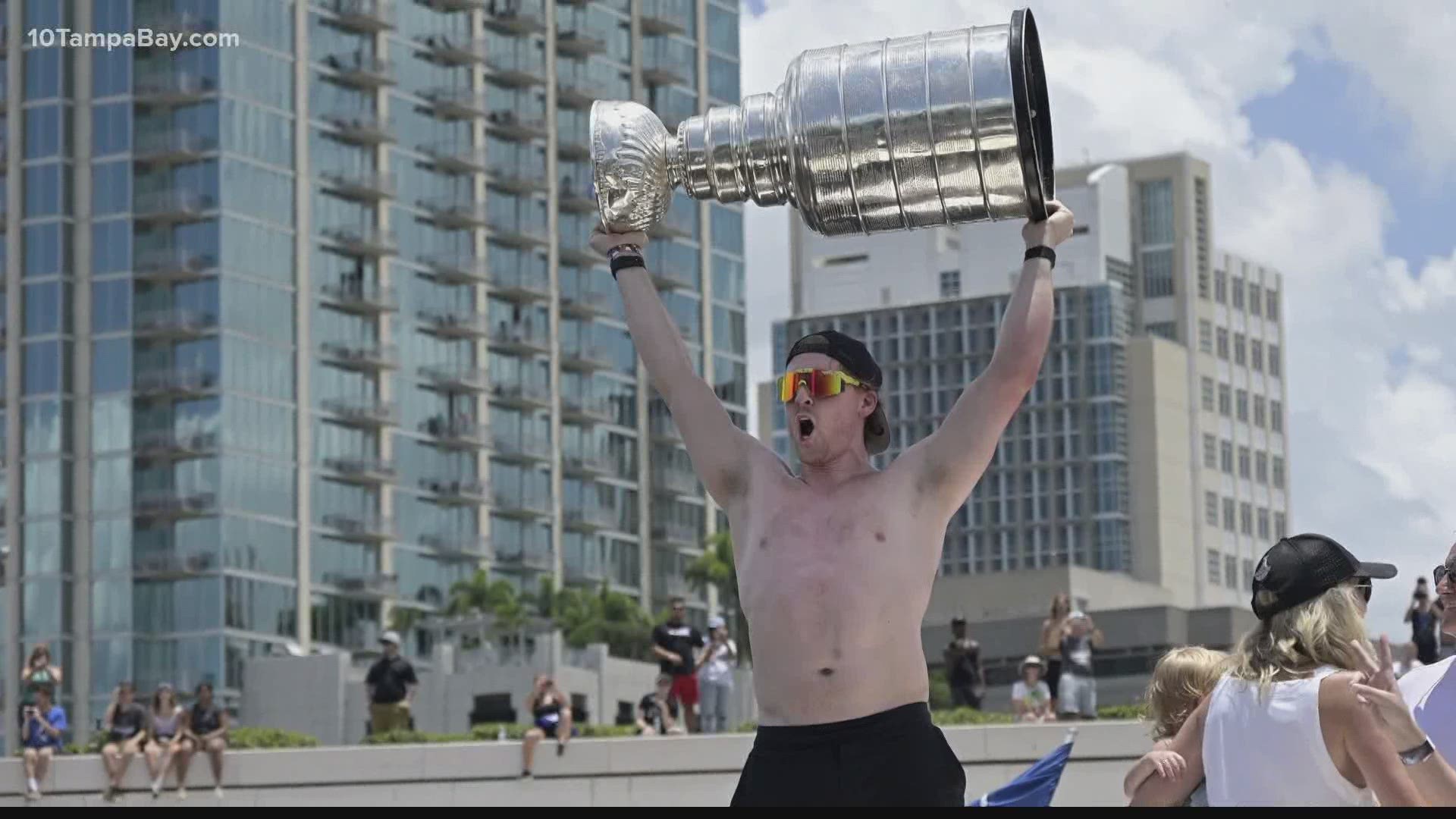 TAMPA, Fla. — After getting some TLC, the previously dented Stanley Cup is as good as new and heading out on the road for its tour.

It all started Monday when Stanley took a tumble during the Tampa Bay Lightning's victory boat parade celebrations. A photo of the Cup showed just a bit of a dent in the top of the trophy as the championship festivities were hampered by rain.

“It’s out with an upper-body injury for the next couple days," general manager Julien BriseBois said.

According to BriseBois, the championship trophy was dropped by one of the Bolts players while showing it off to the fans.

That player? Pat Maroon. The left-winger fessed up to the incident on 101 ESPN St. Louis

"I'll tell you the real story because I want people to know the real story," he said. "It was obviously raining and it was wet. I went to lift it, and I went fat backwards with it. I slipped and Phil helped me up and the Cup went back on its end."

But fear not hockey fans. A quick trip to Montreal for repairs did the trick and now Lord Stanley is ready to greet its fans.

Hockey's most prized trophy will be starting its tour Thursday in the New York City area, according to the team.

"Lord Stanley is fully repaired and ready to go," they wrote.