Hundreds of fans celebrate outside Amalie Arena as the Tampa Bay Lightning beat the Carolina Hurricanes. 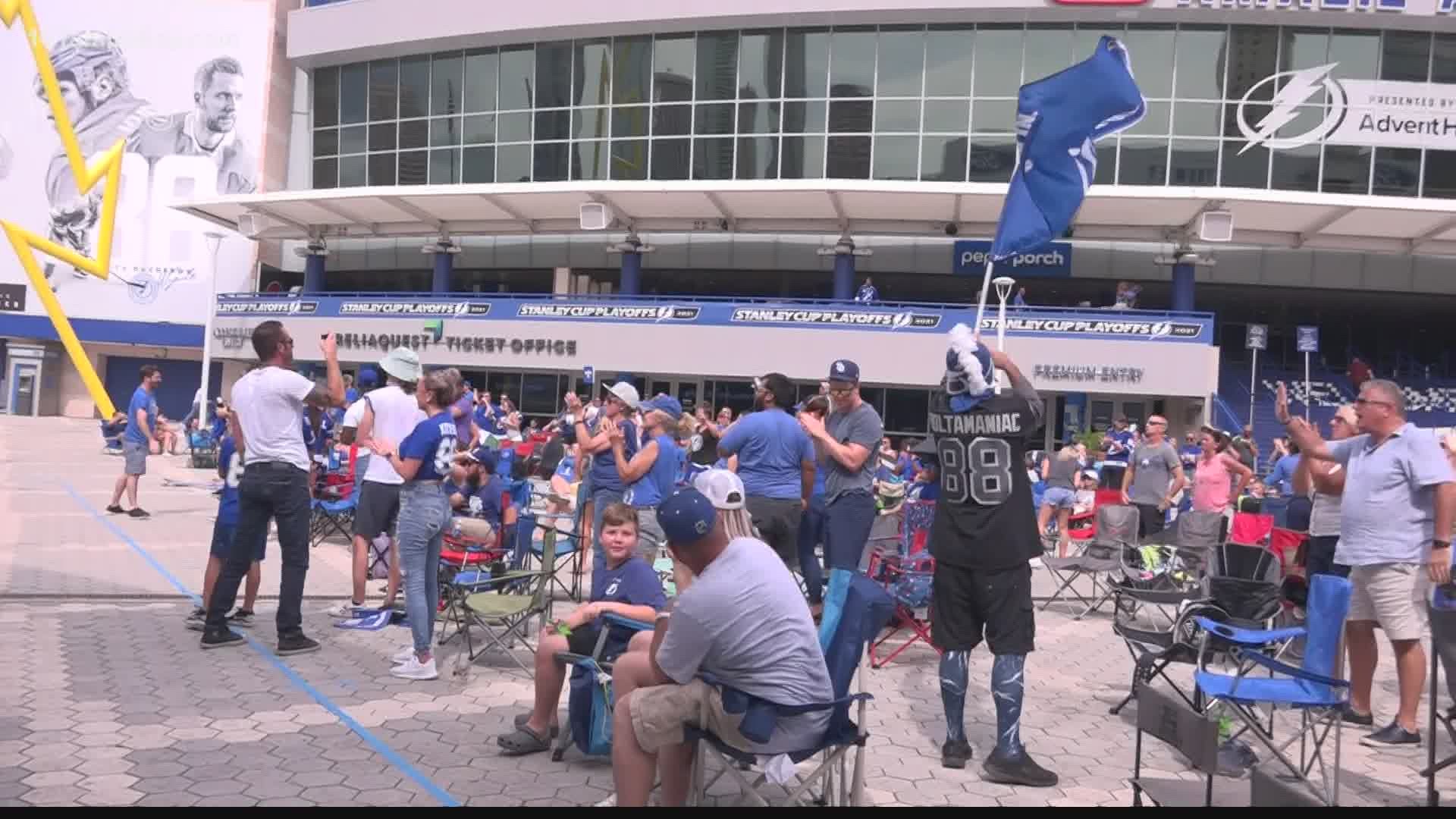 Fans outside Amalie Arena said there's nothing like the excitement at a watch party.

"We were really missing this. We’re just enjoying it. They lifted the restrictions, we got our COVID shots and we’re ready to be back in business again," one Bolts fan, Tony Pacheco said.

"This is the most incredible place to watch the game," said Tari Carpenter, a longtime Bolts fan.

The crowd is ROARING @AmalieArena
📺👇🏻
Watch @10TampaBay to hear what Bolts fans have to say about tonight’s @TBLightning game ⚡️🏒 pic.twitter.com/MQOJ7elqSU

The fans outside the rink went wild when the Bolts won the game. Tampa Bay leads the series 3-1, and just needs one more win to advance to the next round of the Stanley Cup playoffs. Game 5 is set for 6:30 p.m. Tuesday at PNC Arena.