Lightning and thunder not required. 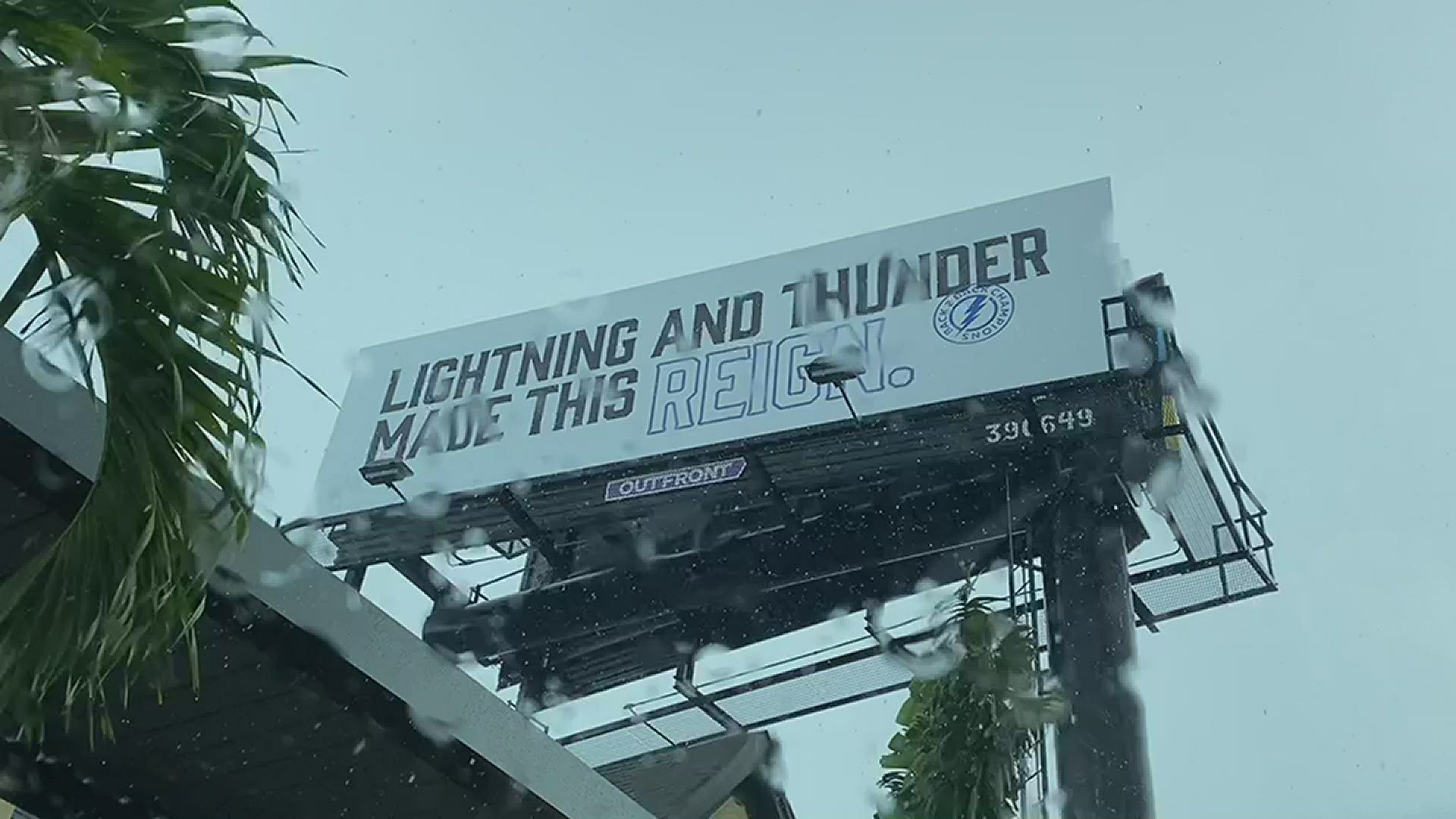 TAMPA, Fla — Next time you get caught in the rain while driving on South Howard Avenue near MacDinton's in Tampa, keep an eye towards the sky (and the road) for a special championship billboard courtesy of the Tampa Bay Lightning.

The back-to-back Stanley Cup champs unveiled the billboard which says "Lightning and thunder made this..."

Does it sound like something's missing? Well, that's because on a bright and sunny Florida day, a single ingredient is missing.

On Twitter, the team hinted as to what that is.

"When it rains, it REIGNS," the Lightning said, showing an image of the billboard with the word "Reign" at the end of the sentence.

You won't have to wait long, however. If there's one thing we know about Florida summers, always keep an umbrella handy.

When it rains, it REIGNS.

Keep your eye out on Howard. 👀 pic.twitter.com/bxmZjEoQqs