The start of the Stanley Cup celebrations will be hot and dry, but keep an eye on the radar ahead of those afternoon showers and storms. 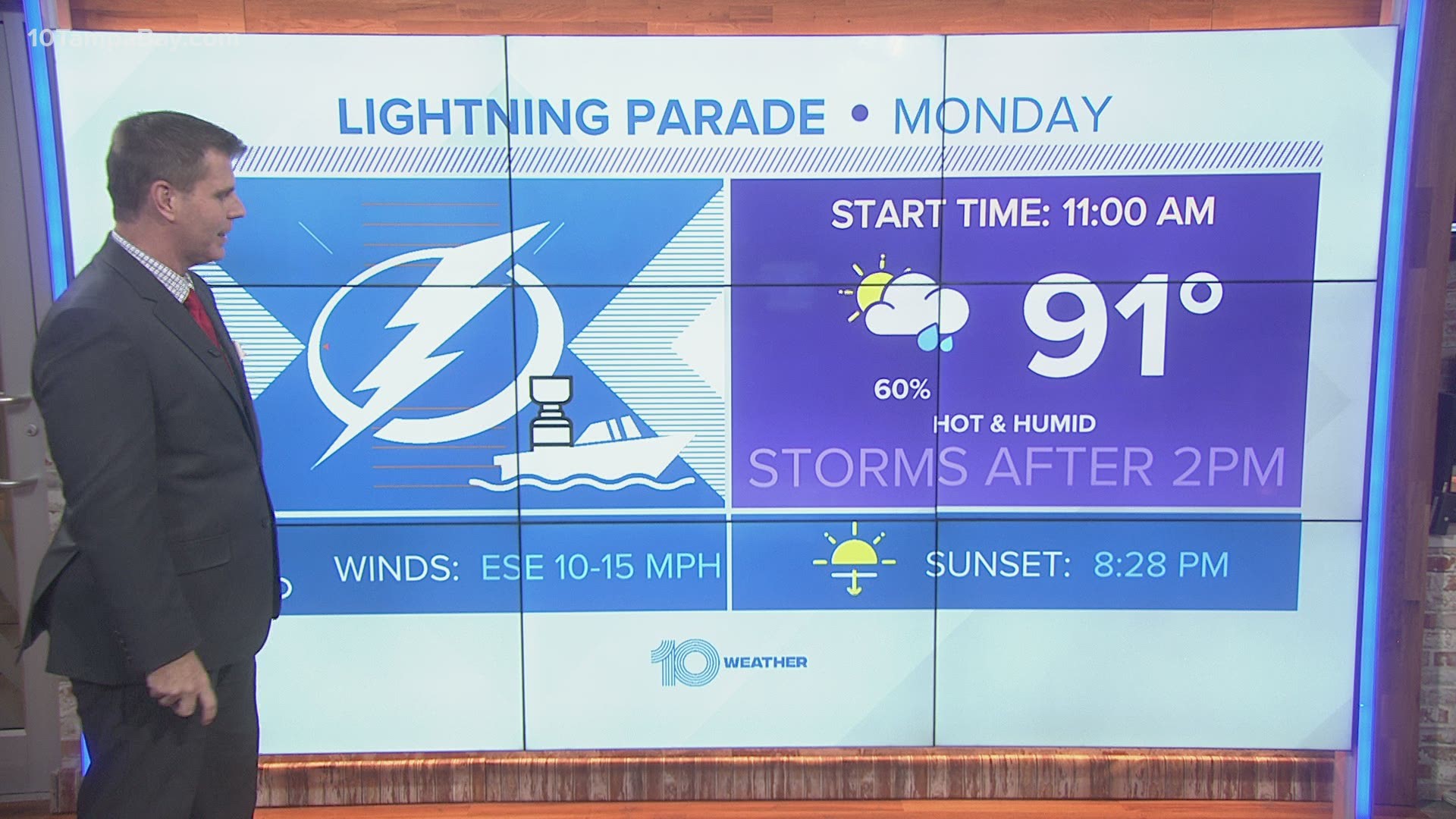 TAMPA, Fla. — Who's ready for a boat parade — one celebrating the Stanley Cup-winning champs, the Tampa Bay Lightning?!

At this point, Tampa is not new to this, we're true to this, but the one thing that could stop the party is that pesky July downpour.

Though Florida does have its unpredictable weather moments, the rain expected on Monday doesn't arrive until afternoon and shouldn't put a damper on the early Stanley Cup festivities.

Let's break it all down:

A typical summertime pattern sets up this week. High pressure settled in the Atlantic brings a flow out of the southeast Monday. This humid and tropical air mass will make for a steamy Monday, but the usual showers hold off until the late afternoon.

Check out the futurecast picture below, and you'll see it should be OK in the Tampa Bay area:

So if you're heading out to the earlier festivities at 10 a.m., the only thing you'll have to worry about is the heat. Temperatures will be in the mid-80s as the boats set sail, with feel-like temperatures in the low 90s.

We'll see a good bit of sunshine through the morning and early afternoon before storm clouds start building in after 1 p.m.

Hanging around after the boats dock? You'll need to keep an eye on the radar. Scattered heavy showers and storms shift toward Tampa late in the afternoon through early evening.

Here's an image of what the radar could look like later on in the afternoon:

RELATED: A win for businesses as celebrations continue ahead of Bolts boat parade