The Hurricanes have home-ice advantage in Game 1. 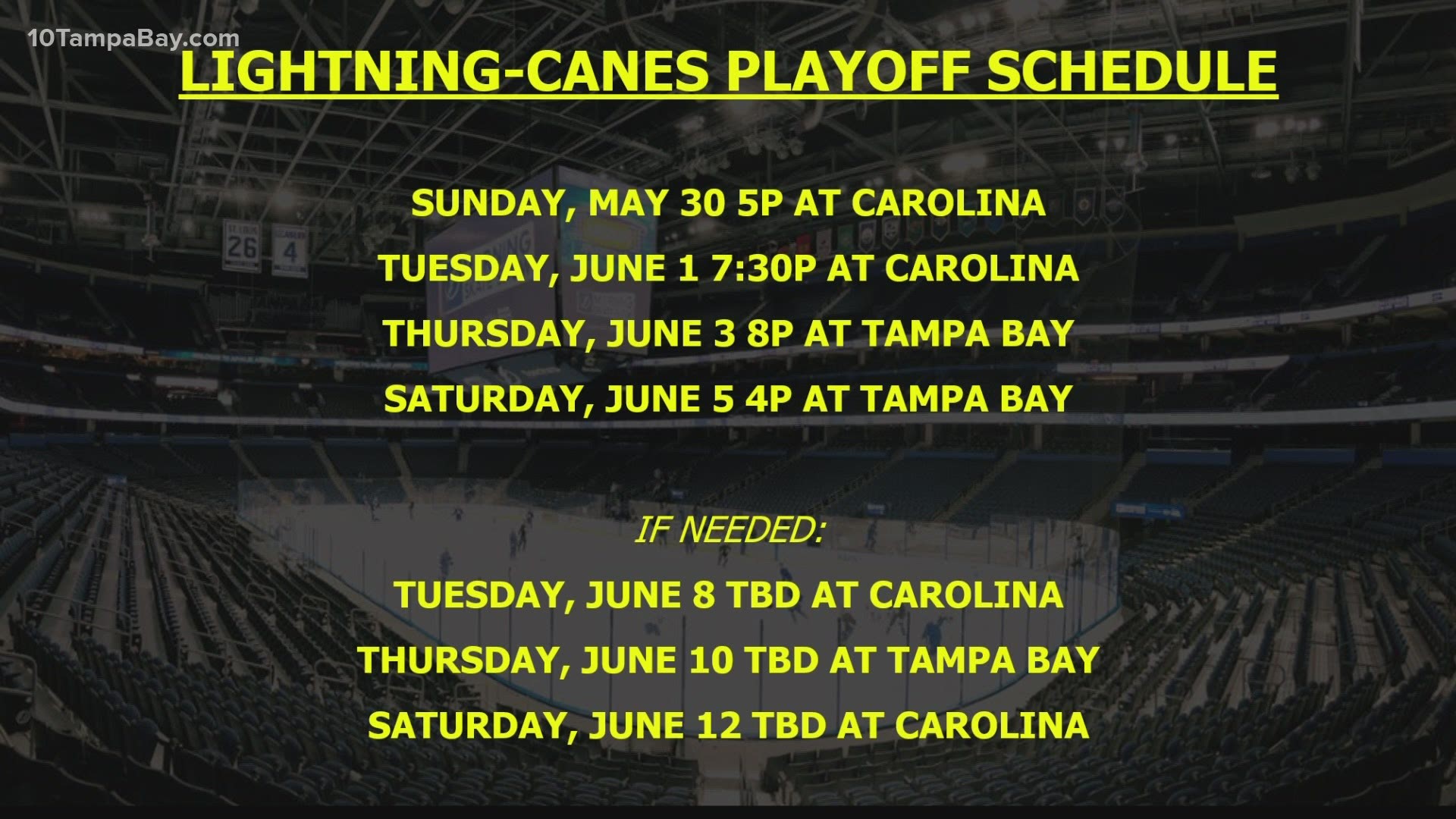 RALEIGH, N.C. — Keep up with live updates of the game on 10 Tampa Bay's Twitter here.

The Tampa Bay Lightning are skating closer to another Stanley Cup championship as they take on the Carolina Hurricanes in the second round of the playoff series.

The Hurricanes had home-ice advantage for the best-of-seven series as Central Division champions.

Despite that, the Lightning held on to win 2-1 over the Hurricanes.

Lightning fans came out Sunday to be the "Distant Thunder" at Amalie Arena.

Lightning fans are the Distant Thunder at Amalie Arena

Have Lightning photos to share? Send them to us via the free 10 Tampa Bay app using the "Near Me" feature.

The Lightning are the reigning Stanley Cup champions and got a boost with the return of star Nikita Kucherov after he missed the regular season following hip surgery.

Kucherov had three goals and eight assists in a six-game series win against Florida in the first round.

Carolina won its own six-game series against Nashville in the first round.

We open the #CARvsTBL series this Sunday, May 30 in Raleigh at 5pm ET! ⚡️https://t.co/EgUmndoT5f

RELATED: Schedule for Lightning and Hurricanes' Round 2 playoff series released

RELATED: NHL relaxes face mask mandate, leaves it up to teams to set their own rules