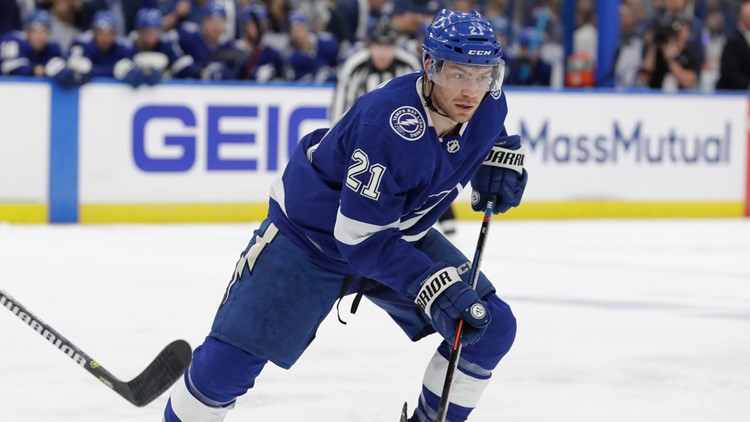 The deal is worth an average annual value of $6.75 million.

“He is the consummate professional with an unwavering commitment to team success, growing as a player and improving every day. It is that mindset that makes him an outstanding role model, teammate and person, on and off the ice," Lightning Vice President and General Manager Julien BriseBois wrote in an email.

"We look forward to getting Brayden back on the ice with his Lightning teammates as soon as possible," BriseBois said.

Point has skated in 229 career NHL games. He was originally drafted by the Lightning in the third round, 79th overall, at the 2014 NHL Draft.