One Tampa man converted his garage to showcase all his Lightning collectibles. 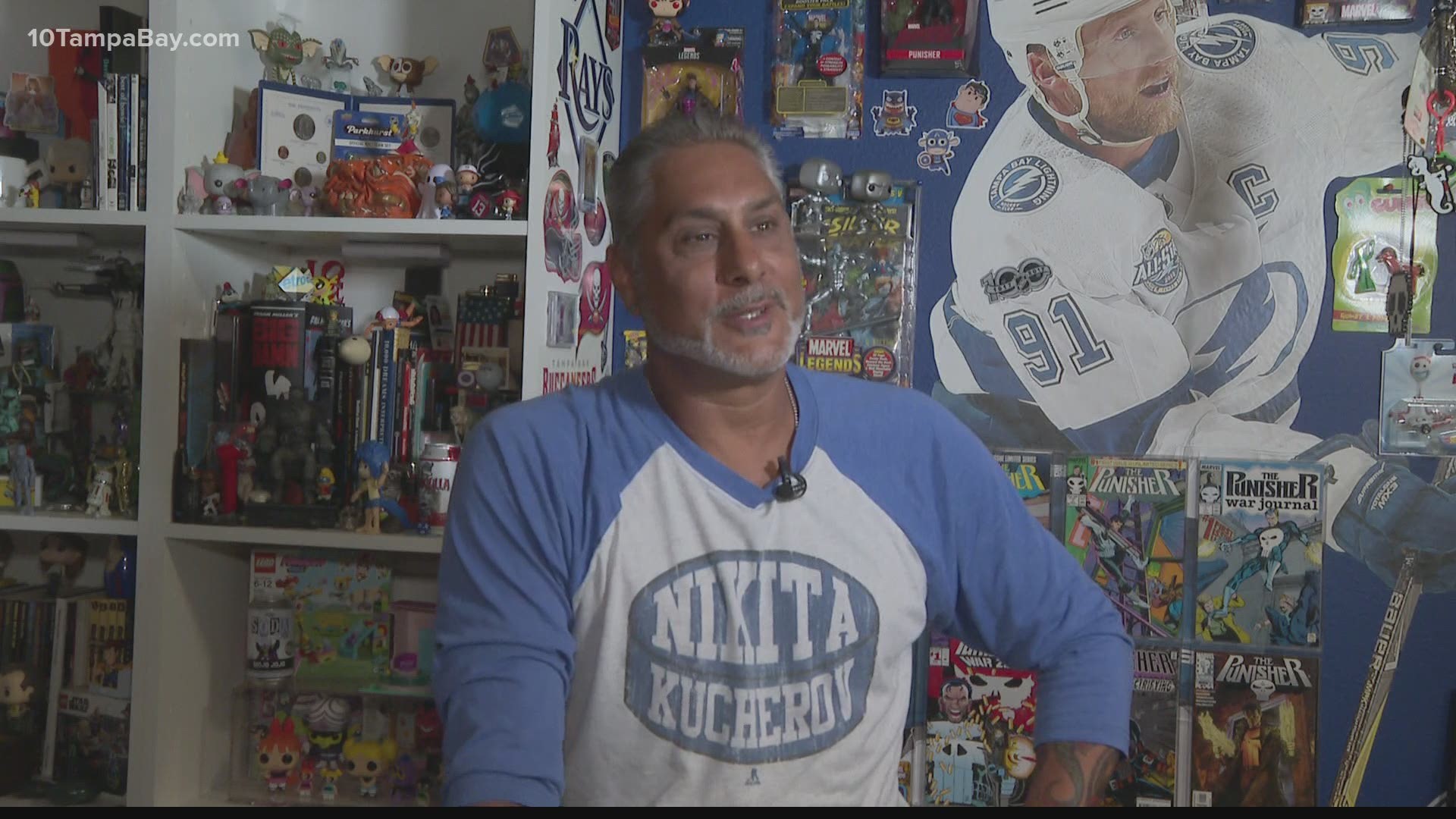 TAMPA, Fla — People who live in the Tampa Bay area will say, being a Lightning fan comes with the territory.

One Tampa man takes his love for the Lightning one step further.

Frank Fury converted his garage into a showcase for his collectibles.

"It was a dirty garage. It had smoke stains and white walls… well brown, so I decided, let’s turn this room into art," Fury said.

TALK ABOUT A SUPER FAN ⚡️
Meet this @TBLightning fan on @10TampaBay tonight at 11pm pic.twitter.com/ulvyp7jOci

Fury collects different memorabilia, but his favorite is the hockey souvenirs. "That piece right there is still one of my favorites, it’s Kucherov signed jersey," Frank stated.

From signed jerseys to collectible cards, even Stanley Cup Championship beer bottles, Fury has quite the collection.

"It took about five months to really get an 85 percent done," Fury explained.

During the pandemic, he was locked in his house and that's when he got the idea. He decided to unbox his collectibles and display them all over his garage.

Fury is in the process of starting a podcast in his Lightning-themed garage. He hopes the players will stop by.

"My dream for this room is to have Pat Maroon. Have him autograph the can, throw a few back, tell me hockey stories," Fury said with excitement.

His garage has become quite the talker in his community. People will come by and check out all his rare findings.

Fury said he will continue to add to his collection. As it grows, he hopes he'll add more experiences that involve the players.

"Invitations not just for Pat Maroon. If Kucherov wants to stop by or Yanni," he said, explaining any team member is more than welcome.