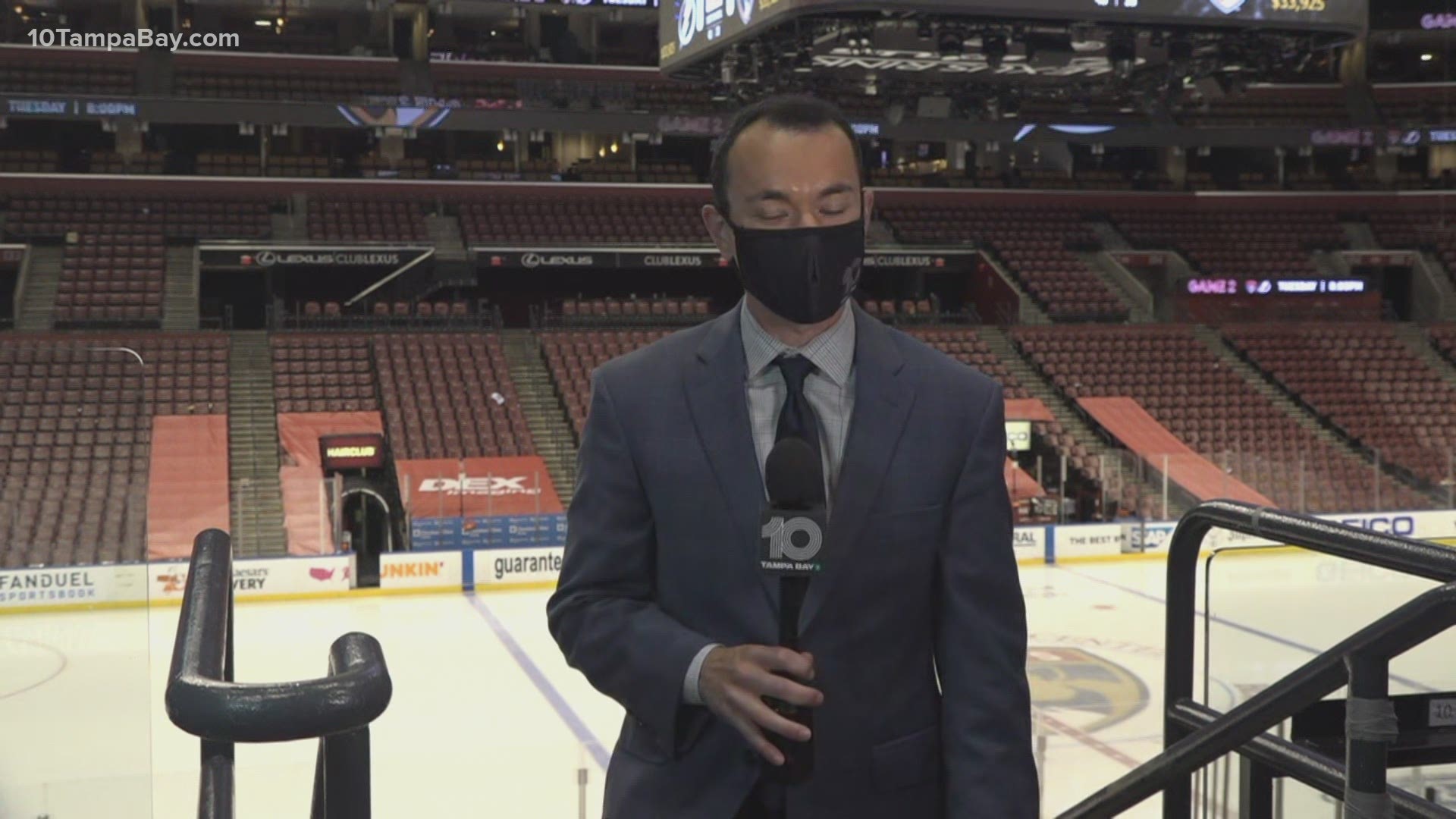 SUNRISE, Fla. — Brayden Point scored two late goals, including the game-winner with 1:14 left in the third period, to lift the Tampa Bay Lightning over the Florida Panthers 5-4 to take Game 1 of their Round 1 playoff series.

The 9,646 fans inside the BB&T Center in Sunrise witnessed the first-ever playoff series between the two in-state rivals. And, the game lived up to its hype. It was fast, physical, included many fights and four game-tying goals.

There were two fights not even four minutes into the game.

Period ends with another fight. What a start to the series.

SHARE YOUR FAN PHOTOS: Show your support for the Tampa Bay Lightning by submitting your pictures in the "Near Me" section of the free 10 Tampa Bay app.

Nikita Kucherov scored two power-play goals in his first appearance of the season for the defending Stanley Cup champs, and Blake Coleman had a short-handed goal.

Kucherov also had an assist. It was a strong showing after he missed the regular season due to a hip surgery late last year.

Three points for Kucherov in his first game back... all on the power play. Unreal.

Jonathan Huberdeau had a goal and two assists, and Owen Tippitt also recorded a goal and an assist for the Panthers.

Aleksander Barkov had a goal and an assist, and Carter Verhaeghe scored a goal against his former team.

Game 2 of the best-of-seven series is scheduled for 8 p.m. Tuesday in Sunrise.

LIVE BLOG: Quest for the Cup: Lightning beat Panthers 5-4 in Round 1, Game 1 of the NHL playoffs

WATCH PARTIES: Lightning will host watch parties at AMALIE Arena for both home and away playoff games