Tampa Bay Lightning laying off 30 workers because of virus

The pandemic has cut into revenue. 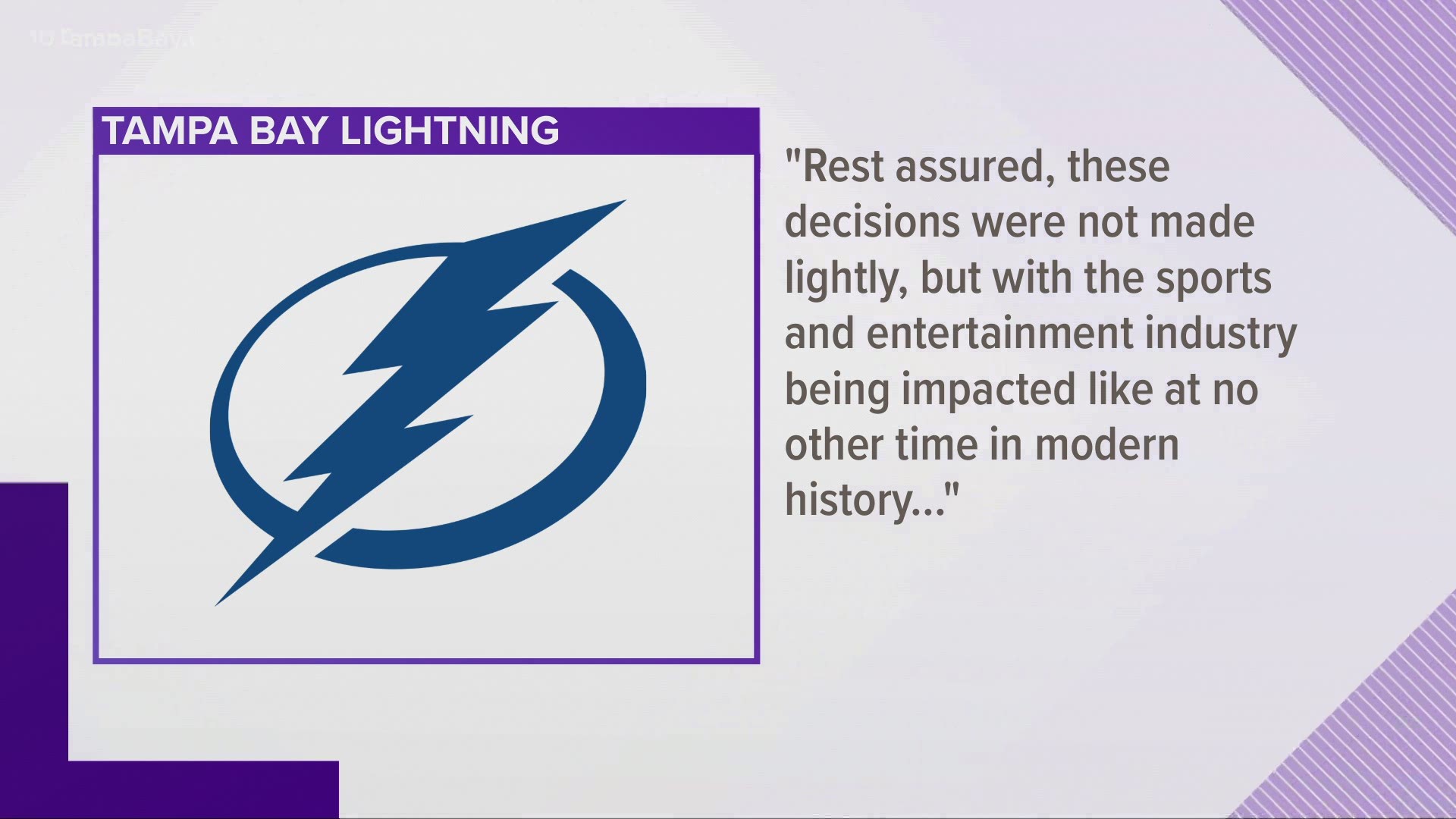 TAMPA, Fla. — Just months after winning the Stanley Cup, officials with the Tampa Bay Lightning say they're eliminating 30 positions in a sign that even winning a championship doesn’t spare a team from the effects of the coronavirus.

Team officials said Monday that the positions were across the company and effective immediately. The layoffs represent less than 10 percent of the team’s workforce.

Because the National Hockey League’s postseason was played in bubbles in Canada, the team didn’t earn any revenue from the playoffs. Team officials say the Lightning lost money last season. And more financial losses are expected during the upcoming season.

“As we consider the long-term future of Vinik Sports Group and the Tampa Bay Lightning, we are making the difficult decision to eliminate 30 positions in the organization today. Rest assured, these decisions were not made lightly, but with the sports and entertainment industry being impacted like at no other time in modern history, this was a necessary step as we position ourselves for maximum recovery. We greatly appreciate everyone’s efforts in the face of these challenging circumstances, and we are sorry to see those affected leave the company.”