Lightning return to Tampa with the Stanley Cup

Fans are gearing up for a boat parade and celebration rally on Wednesday. 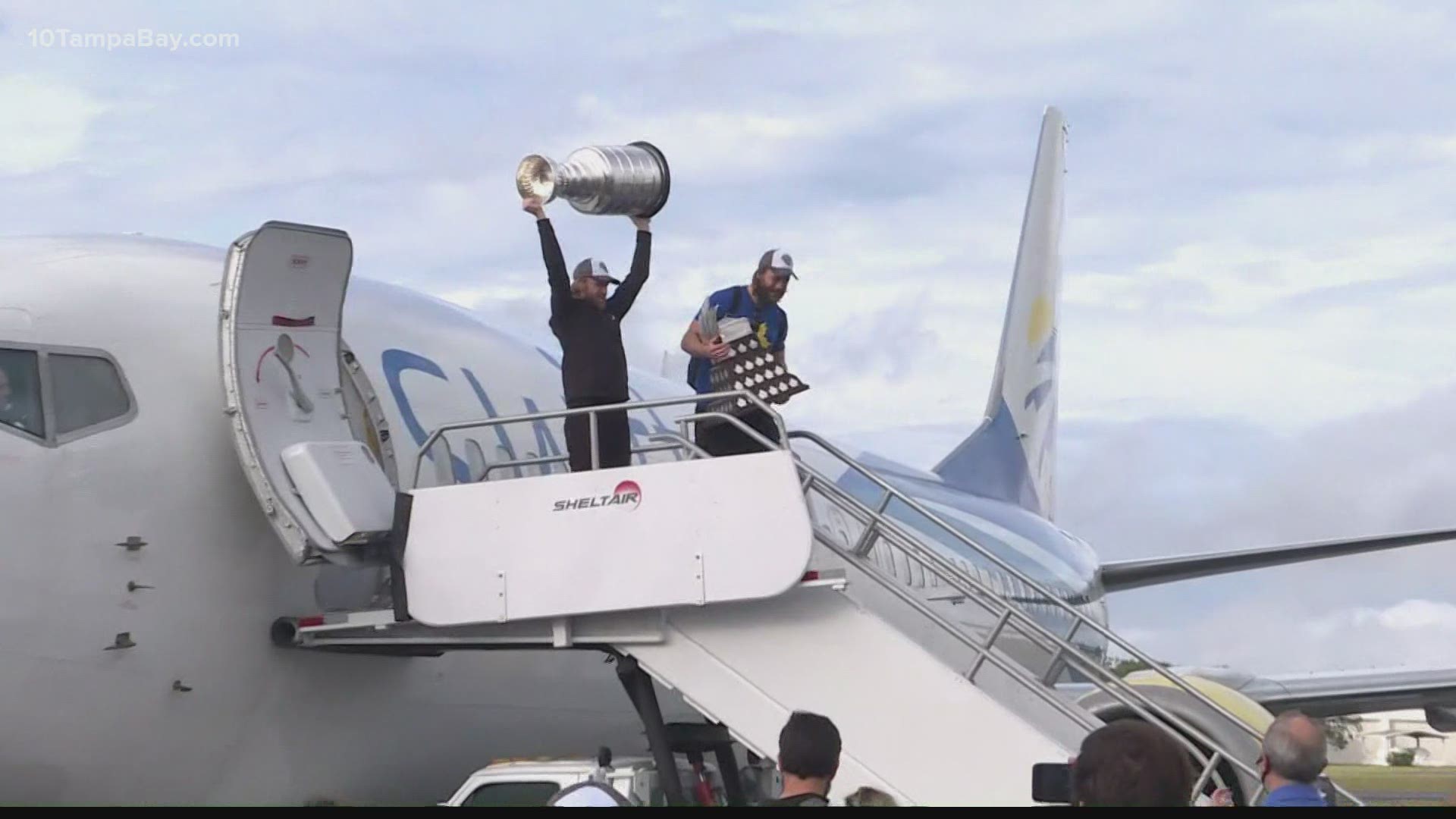 TAMPA, Fla. — The reigning Stanley Cup champions have arrived back home after two months of isolation inside the NHL bubble.

The Tampa Bay Lightning beat the Dallas Stars 2-0 Monday night in Game 6 to hoist the Stanley Cup for the second time in franchise history.

On Tuesday, the Bolts flew back to Tampa from Edmonton, arriving at Tampa International Airport around dinner time. There, they were greeted by family and friends as they got off the plane.

The Lightning then traveled to Amalie Arena in open-air trolleys as fans cheered them on. The team is participating in a private on-the-ice celebration Tuesday night with families, Bolts staff and VIPs.

However, two celebrations on Wednesday will be open to the general public, including a boat parade and champions celebration. Click here for all the details about those two events.

You love to see it. Nothing but smiles around the @StanleyCup 😁😁😁🏆 #GoBolts #StanleyCup pic.twitter.com/HGOPY03oKV

.@boltspup sliding on the ice at @AmalieArena may be the highlight of the @TBLightning's #StanleyCup win celebrations!⚡ #GoBolts