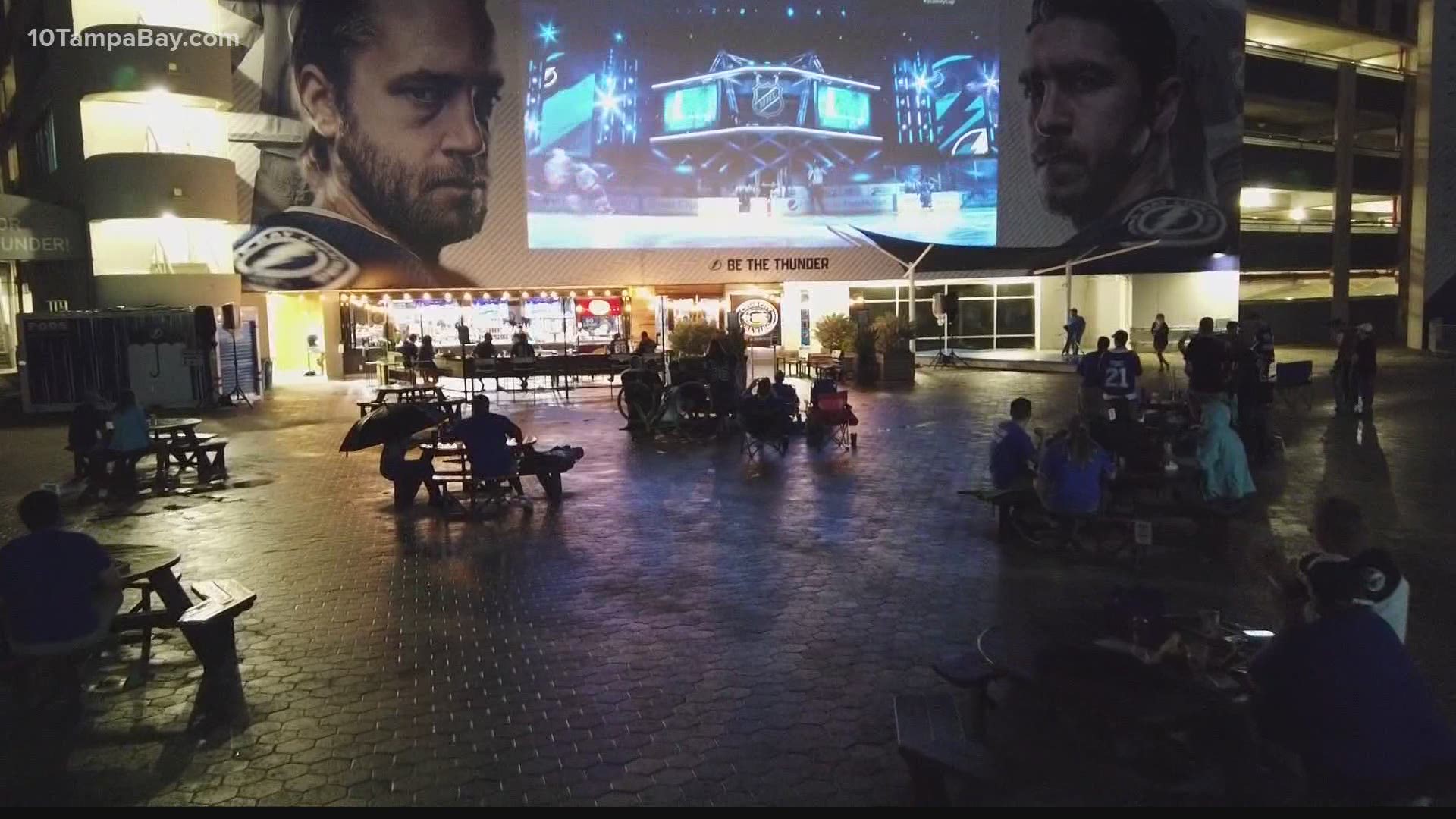 TAMPA, Fla. — Jordan Eberle scored on a two-on-one break 12:30 into the second overtime and the New York Islanders avoided elimination with a 2-1 win over the Tampa Bay Lightning in Game 5 of the Eastern Conference final.

Semyon Varlamov stopped 36 shots and Ryan Pulock also scored for the Islanders, who cut the Lightning series lead to 3-2.

Game 6 is on Thursday night.

The Islanders force a Game 6 in the Eastern Conference Final after defeating the Lightning tonight 2-1.

Game 6 is scheduled for 8 p.m. Thursday.

Not tonight... The @NYIslanders force a Game 6 with a victory tonight over the @TBLightning. #TBLightning

The Lightning and Islanders are headed to a second overtime! We're still tied at 1-1.

Overtime begins with the Lightning starting with a little more than 2 minutes of a power play.

Tied at 1-1, the Lightning and Islanders are headed to overtime in Game 5 of the Eastern Conference Final. A win sends Tampa Bay to the Stanley Cup Final.

It's going to take a little extra hockey tonight! We're going to sudden death overtime. A win sends the @TBLightning to the Stanley Cup Final.

We're even at one to start the third period!

The Lightning and Islanders finish up the second period with a 1-1 tie.

They take it back: The Lightning was challenged for offside. 1-1 it is.

Officials deem the play was offside, no goal.

The Bolts keep it going with another score over the Islanders. They lead 2-1.

Hear that? It's the distant thunder: The second period is underway right now!

That's it for the first period! The New York Islanders hold on to a 1-0 lead over the Tampa Bay Lightning.

The New York Islanders get the first goal of the game on a power play.

IT'S A POWER-PLAY GOAL! pic.twitter.com/01VMQbbZkm

The Lightning have an opportunity to take an early lead with a first-period power play.

The puck has dropped and Game 5 is underway!

The Tampa Bay Lightning are back on the ice for their first chance to close out the New York Islanders and advance to the Stanley Cup Final. The Lightning took a 3-1 series lead Sunday night with a 4-1 win over the Islanders.

The Dallas Stars await the winner of the Eastern Conference. The Stars secured the Western Conference title Monday night with a 3-2 victory over the Vegas Golden Knights in overtime.

The Lightning have enjoyed a lot of success when sitting in this position in the playoffs. The Bolts have never lost a series when leading 3-1, closing out eight playoff matchups in Game 5. Tampa Bay has also had a lot of postseason success against the Islanders. The Lightning have won seven of their last eight games against the Isles, and are 11-3 all-time in the Stanley Cup Playoffs.

A win tonight would set a Lightning franchise record for the fewest games needed to reach the Stanley Cup Final, at 15. In 2004, it took the Bolts 16 games to reach the final. In 2015, it took 20.