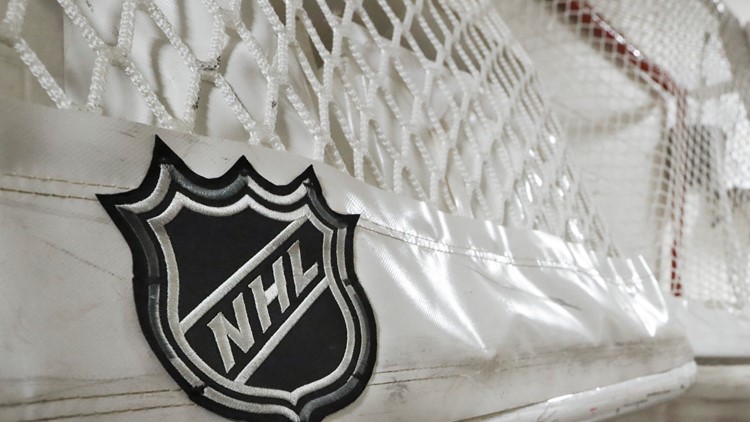 Photo by: AP
Goals used by the NHL hockey club Nashville Predators are stored in a hallway in Bridgestone Arena, Thursday, March 12, 2020, in Nashville, Tenn. The NHL announced Thursday it is suspending its season indefinitely in response to the coronavirus. (AP Photo/Mark Humphrey)

BUFFALO, N.Y. — Late Wednesday, the NHL released a statement saying the NHL combine, which was scheduled to be held here in Buffalo, the NHL draft and the NHL awards have all been cancelled.

In a statement the league said "The location, timing and format of the 2020 NHL Draft (and Draft Lottery) will be announced when details are finalized. "

The NHL statement added that  the "League looks forward to returning to Las Vegas in the future. Las Vegas has been the home of the Bridgestone NHL Awards since 2009."

The NHL combine was scheduled to be held in Buffalo June 1 through June 6. The Awards were scheduled for June 18 and the draft was schedule to take place in Montreal Jun 26-27.