The last time the Bolts played in the Stanley Cup Final was in 2015. 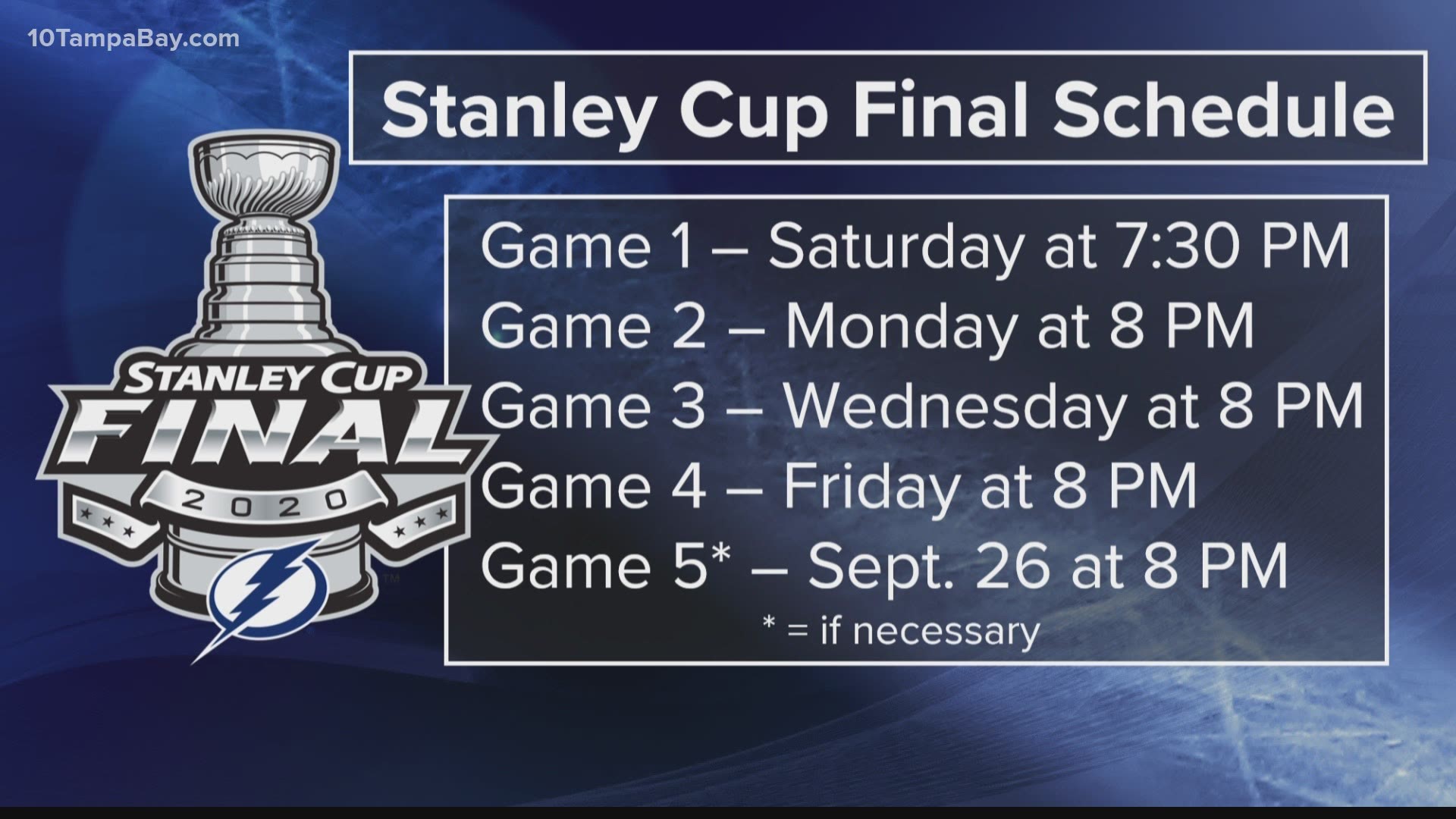 TAMPA, Fla. — While tonight may not have been their night, the Tampa Bay Lightning are still ready to make history.

The team fell to the Dallas Stars 4-1 in their third Stanley Cup Final appearance in its 28-year franchise.

The Bolts are still looking to bring the Cup back to Florida as they did in 2004. This time, they're taking on the Dallas Stars, who also have one Cup win (1999).

The Bolts still have several shots at it, including Game 2 on Monday, Sept. 21 at 8 p.m. where they will look to tie things up.

RELATED: Here's how to watch the Tampa Bay Lightning play in the Stanley Cup Final

RELATED: How did the Lightning become the team they are today?

9:53 p.m. (Sept. 19): 6 ON THE ICE! Bolts pull goaltender Andrei Vasilevskiy for an additional attacker with just under 4 minutes left in Game 1.

9:49 p.m. (Sept. 19): Lightning land their third power play of the night as Seguin is called for tripping.

ANOTHER ONE: Tampa Bay Lightning are pushing for a goal in their third power play chance of the night #GoBolts #TBLvsDAL pic.twitter.com/JqsVWskdkv

8:41 p.m. (Sept. 19): Coleman is called for another penalty giving the Stars another power play.

Stars score first bringing the score to 1-0 with more than 14 minutes left in the first period.

Stars on the board first. 1-0. #TBLvsDAL

And we have puck drop! We are officially underway in Game 1 of the Stanley Cup Final.

It’s game time! The puck has hit the ice, kicking off Game 1 of the Stanley Cup Final between the Lightning and the Stars. How are you celebrating? Show us below ⬇️

Taking the ice! The Bolts are ready to face the Dallas Stars for Game 1 of the Stanley Cup Final.