The Largo native won the United States' first gold medal in women's taekwondo over the weekend. 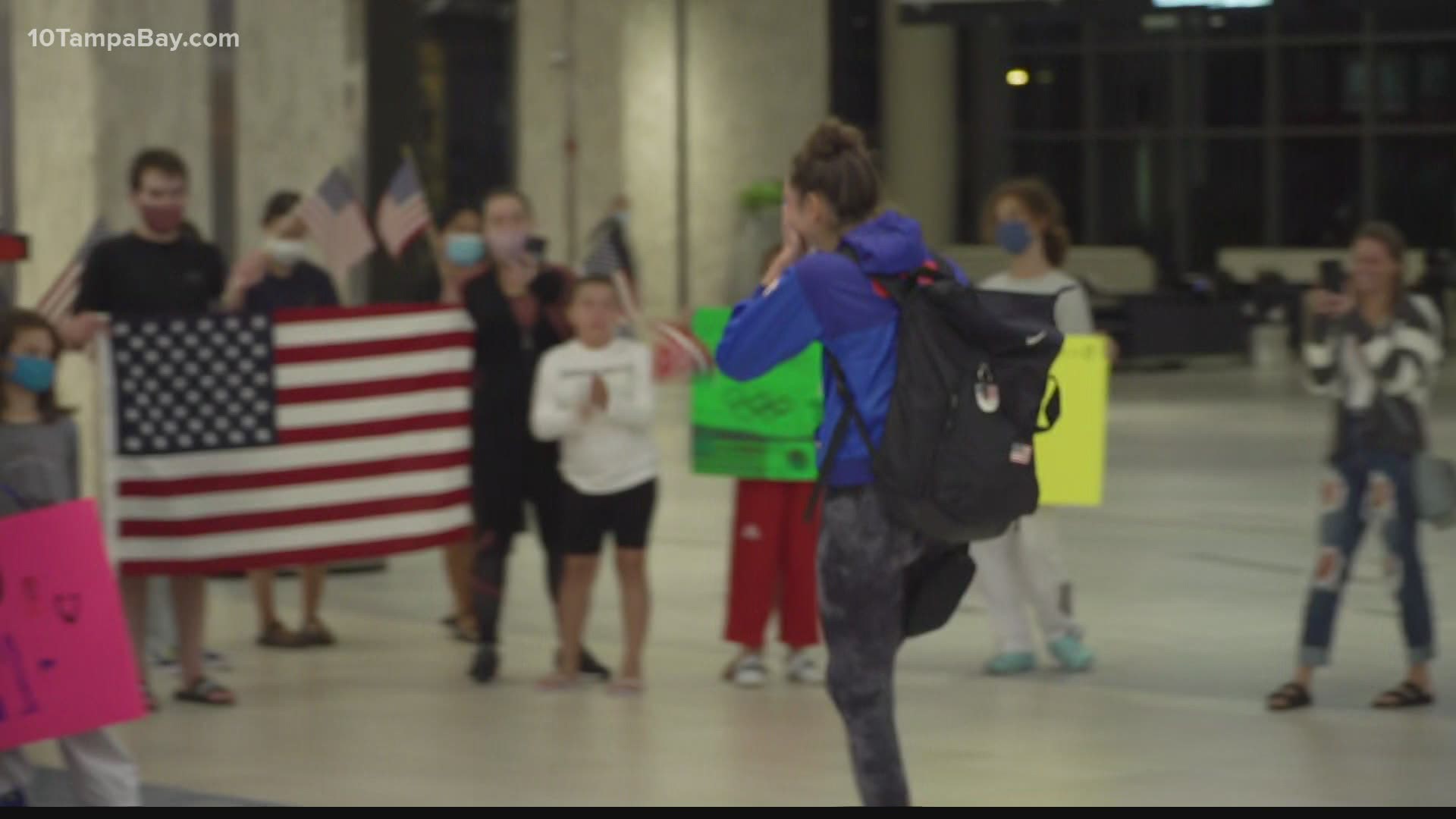 TAMPA, Fla. — The journey back to Tampa Bay from the Tokyo Olympics was long, though the memories Anastasija Zolotic made likely will last a lifetime.

She has a gold medal in taekwondo to prove it.

The 18-year-old from Largo arrived late Tuesday in Tampa International Airport, where her biggest fans — friends, family and fellow students — lined up in the terminal to welcome her home.

"It finally feels like I just won the Olympic gold," Zolotic said. "I know I said before, it doesn't feel like it just because we're away from everybody and...it's a closed competition."

"But, God, seeing everybody, it's unreal now."

She took up taekwondo at the age of 5 and started winning tournaments not long thereafter. Zolotic won six U.S. Opens as a junior and senior fighter before qualifying for Team USA Olympics last spring.

Getting to the games always was a lifelong goal, Zolotic told 10 Tampa Bay earlier this year.

“I always was telling everybody, ‘Yeah, I’m going to the Olympics’. Always. Whether it was in taekwondo or something else. I was always going to end up at the Olympics because that’s what I wanted,” Zolotic said.