Synchronized drones lit up the sky creating illustrations that included the Olympic logo, a figure skater, and the PyeongChang Olympics mascot. 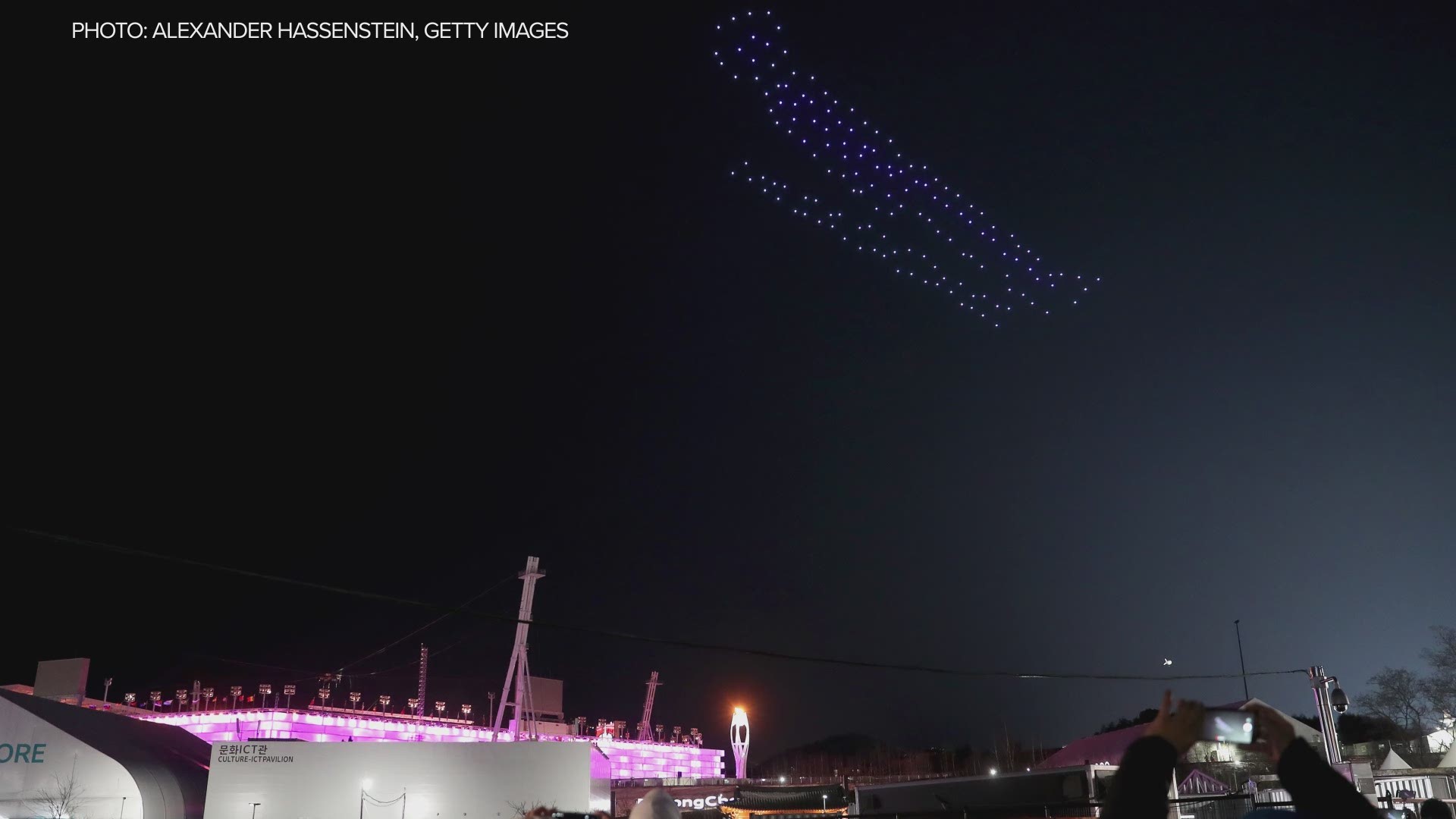 Hundreds of high-flying drones put on a show for spectators and Olympians at Thursday night's medal ceremony at the PyeongChang Winter Olympics.

The synchronized Intel drones transformed into various illustrations that included the Olympic logo, a figure skater, a curler, snowboarder and the PyeongChang Olympics mascot.

The drones had been scheduled to be a part of the medal ceremonies each night, but Thursday was the first time the show happened at the Medals Plaza. An Intel spokesperson confirmed via e-mail that the same rough wind conditions that forced officials to reschedule a number of Olympic events had also grounded the drones from taking flight earlier.

Intel had also planned to launch 300 drones for a live light show during the Opening Ceremony but had to scrap those plans due to unexpected last-minute "logistical challenges."

NBC's broadcast of the Opening Ceremony instead featured a pre-recorded video from when the company launched 1,218 of its drones in December in PyeongChang. Intel said that broke a Guinness World record for “most unmanned aerial vehicles airborne simultaneously.”

The PyeongChang Olympics twitter account shared Thursday that the synchronized drone show that dazzled the world at the Opening Ceremony is now back for a repeat performance.

A light show comprised up of drones from Intel are seen after the Medal Ceremony on day six of the PyeongChang 2018 Winter Olympic Games at Medal Plaza on February 15, 2018 in Pyeongchang-gun, South Korea.