If Florida competed alone in the Olympics, it'd rank 7th in gold medals

Florida natives have been representing the Sunshine State and Team USA and bringing home the medals. 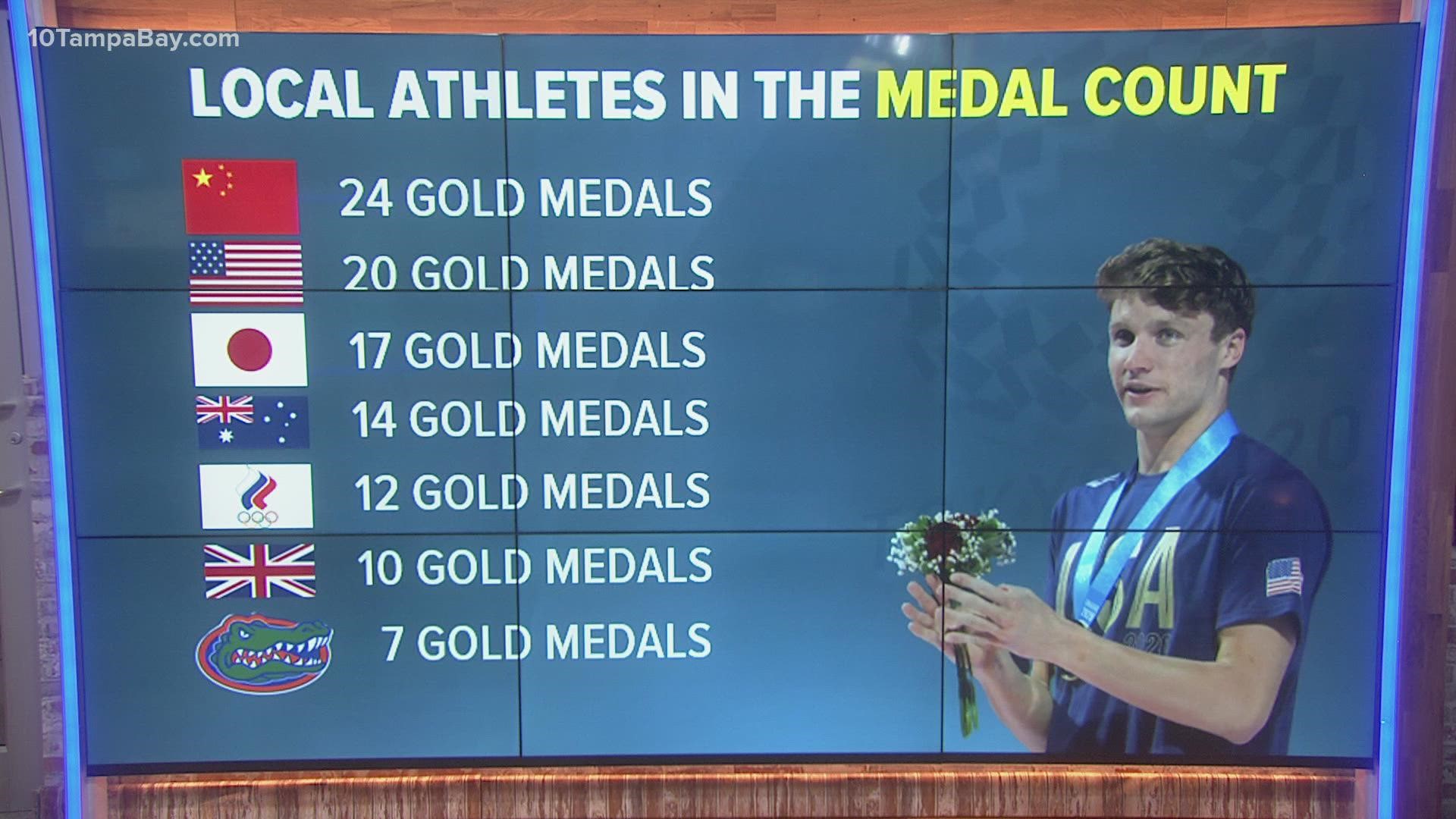 FLORIDA, USA — Team USA currently ranks first in the overall medal count with 59 and ranks second behind China for the most gold medals with 20.

Of those U.S. gold medals, Florida athletes have contributed eight of them so far.

Seven out of eight golds were won by Florida natives and Team USA swimmers Bobby Finke and Caeleb Dressel.

They also happen to be University of Florida Gators.

Clearwater's own Bobby Finke set an American record in the 800-meter freestyle twice at the Tokyo Olympics -- once in the prelims and again in the finals when he won the gold medal.

RELATED: Clearwater's own Bobby Finke wins swimming gold for US in 1500m

Caeleb Dressel joined an elite club in Tokyo when he won five gold medals during a single Olympics -- joining the likes of Michael Phelps, Mark Spitz and Matt Biondi.

The only male swimmers with five gold medals at a single Olympics:

With this current medal count, it means that Florida actually ranks seventh overall in gold medals, beating out dozens of countries.

And the Olympics aren't over yet, and more Tampa Bay area and Florida athletes still have a chance to go for gold.

RELATED: How are Florida's athletes doing at the Tokyo Olympics?