How Florida's athletes finished at the Tokyo Olympics

The Sunshine State had several natives representing the U.S.A. in this year's Olympics. Here's how they finished in Tokyo. 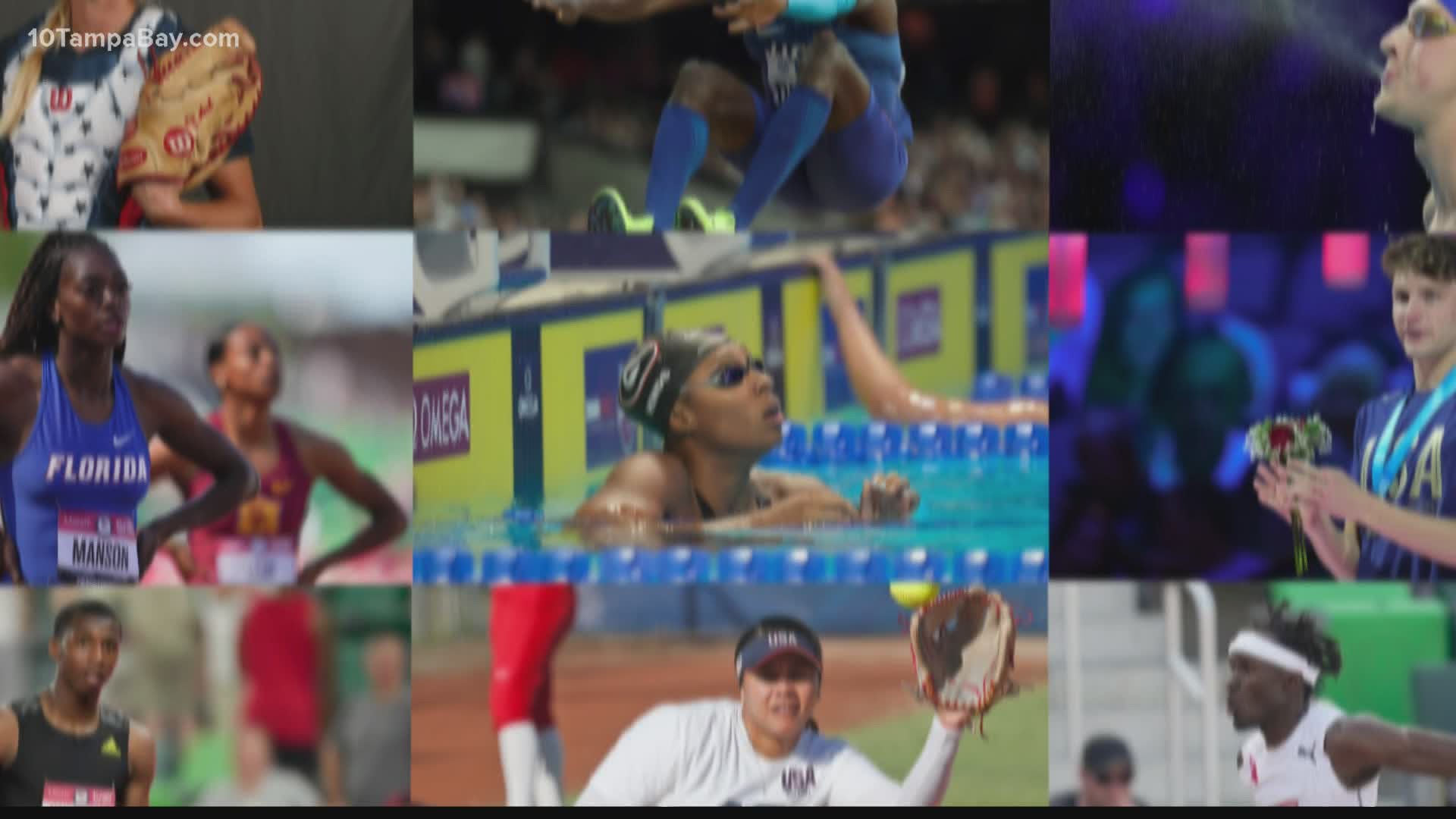 TOKYO, Japan — After having to be pushed back due to the coronavirus, the highly-anticipated Tokyo Olympics that was originally set to happen in 2020 finally took place and has now concluded.

From swimming to taekwondo to track and field, Florida has several athletes on Team USA. We rounded up how they finished out the competition.

Bobby Finke (Swimming)- Clearwater's Bobby Finke won the gold medal for the debut men's 800-meter freestyle Wednesday. He beat his own record, setting yet another new American record with his win.

In the men's 100-meter freestyle, Dressel won his first career individual Olympic gold medal. Finishing with a time of 47.02, he set a new Olympic record for the event.

He won a third gold medal with a world record in the 100-meter butterfly. Dressel tapped in 49.45 seconds, breaking the mark he set at the 2019 world championship.

Trayvon Bromell (Track & Field)- St. Petersburg native Bromell was a favorite in the men's 100-meter dash, but in an Olympic shocker, did not make the final.

Clark Dean (Rowing)- Sarasota's Clark Dean competed in the men's coxless four. The U.S. finished in fifth behind Australia who won gold, Romania in second, Italy with bronze and Great Britain in fourth.

Erriyon Knighton (Track & Field)- The Tampa native placed fourth in the men's 200-meter final at the Tokyo Olympics. While it was not the place he anticipated, at only 17 years old, he was less than .10 of a second short of his personal best. He returns to Hillsborough High School this fall.

Race Imboden (Fencing)- Team USA grabbed bronze in men's team foil. Imboden who was part of the team was born in Tampa, Fla.

Austin Krajicek (Tennis)- The Tampa native was part of the men's doubles team with Tennys Sandgren. The two lost in the bronze medal match against New Zealand.