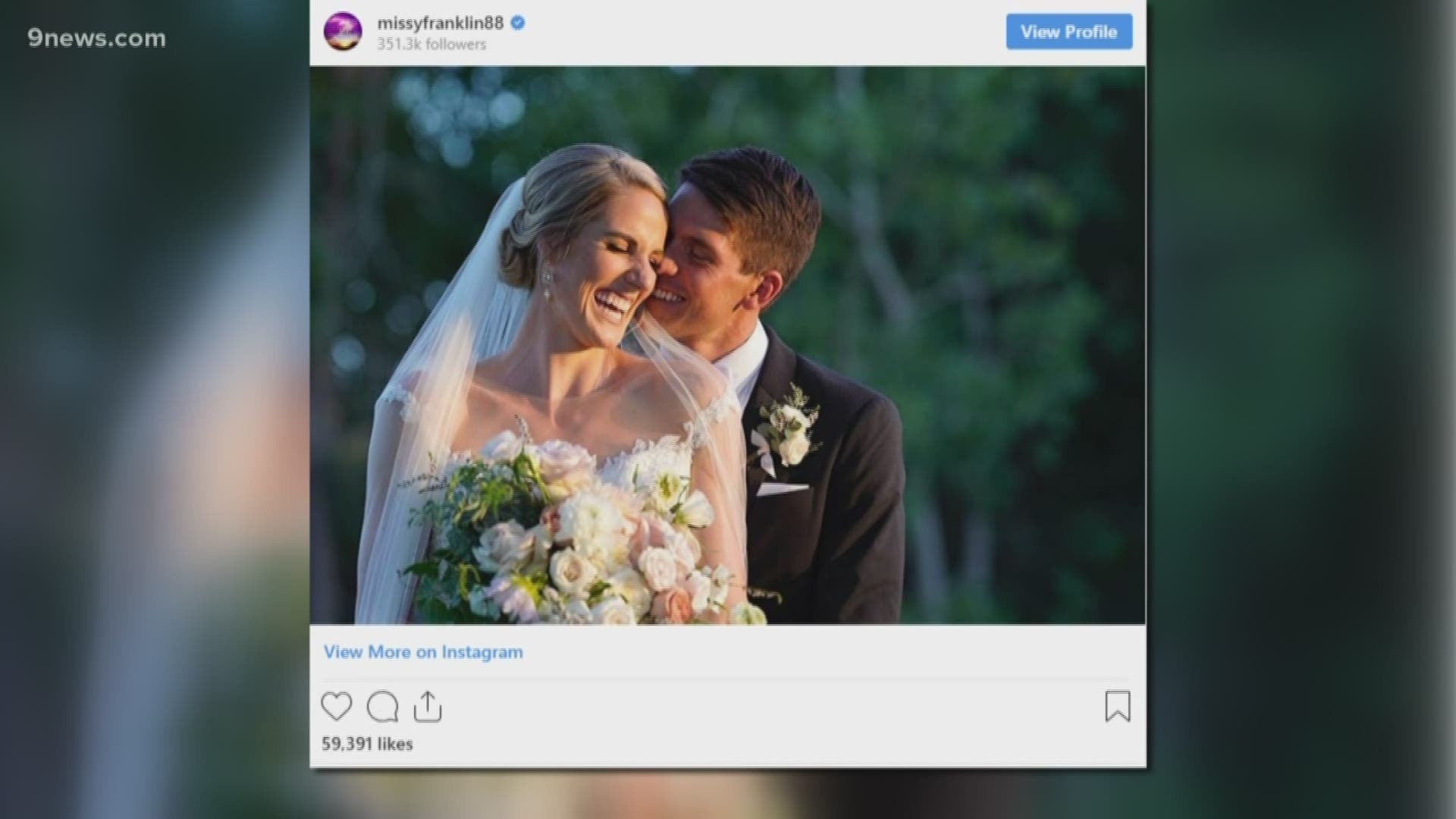 Johnson competed in the U.S. Olympic Team Trials in 2008 and 2012, and won an NCAA team championship at the University of Texas in 2010.

The pair got in engaged last September.

Not long after that announcement, Franklin announced that she planned to retire from competitive swimming.

In a letter published to ESPN.com in December 2018, she said he would have to have another shoulder surgery to continue swimming and that is not something she is comfortable doing. She also says she is ready to start focusing on other stages of her life, like getting married and eventually having children.

Franklin, a graduate of Regis Jesuit High School in Aurora, made her Olympic debut at the age of 17 where she won five Olympic medals in London.

Four years later, she again made the Olympic team in Rio, where she had a disappointing return to the Games.

RELATED: 'This is by no means the end:' Missy Franklin announces retirement from competitive swimming

Franklin had surgery on both shoulders following the Rio Olympics.

In her retirement letter, Franklin says that her recovery was not what she expected it to be and that her shoulder pain got worse.

"Unfortunately, it was also the same time that my shoulder pain became the worst I had ever experienced. I was still in physical therapy multiple times a week and my coaches were doing everything to help me just get through each practice," she writes.