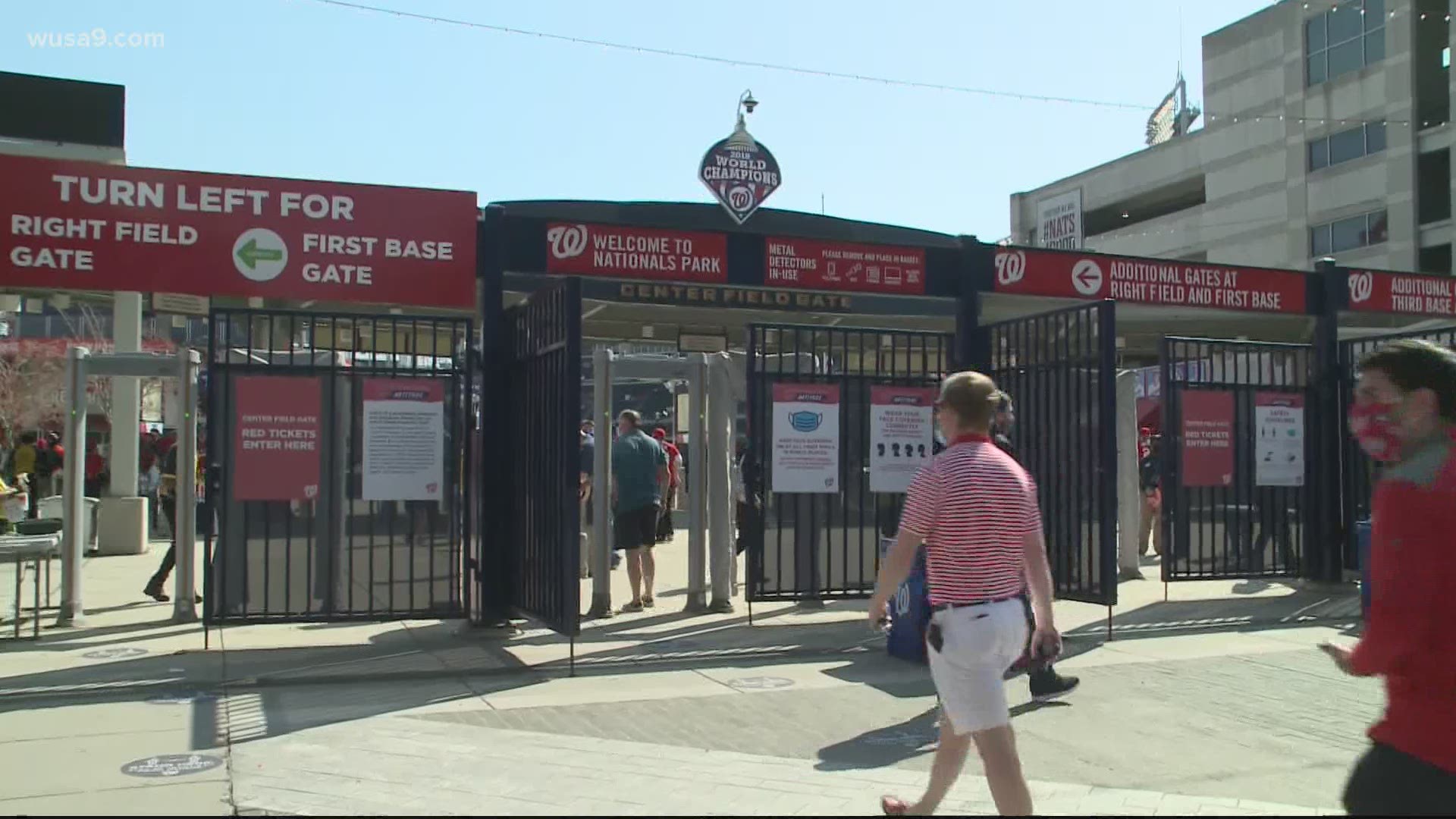 WASHINGTON — The Washington Nationals will finally have Opening Day. The Nationals announced Sunday evening they will open up their 2021 season on Tuesday against the Atlanta Braves. Max Scherzer will be the Nationals opening day pitcher. "I'm excited to finally to play a game." said Scherzer. "I'm anxious to get this season started. I'm also excited for our fans"

The team's first four games were postponed due to COVID-19 concerns, the latest being this Monday, which is when Washington was supposed to start its series with Atlanta.

Nationals General Manager Mike Rizzo told reporters on Sunday that one additional player and one additional staff member were added to the COVID-19 protocols. That brings the total to seven players and two staff members in quarantine. On Friday, Rizzo said that four players have tested positive for coronavirus. "This is the real life situation" said Nationals first baseman Ryan Zimmerman. "We are still playing during a pandemic. Numbers have gotten better but it's still here. It also shows you that you can be careful but things can still happen."

The first positive COVID-19 test came from a test conducted on March 28 while the Nationals were still in Florida for spring training.

After follow-up testing and contract tracing to that positive test, Major League Baseball decided to postpone the Nationals first three games against the New York Mets.

Throughout spring training, the Nationals did not have a positive COVID-19 test within the players on its team. The test that came back positive in Florida this week is the only known test to come back positive since the team had been down there at the end of February.

There is no word on when the Nats will make up this series with the Mets.

RELATED: A year without | Ryan Zimmerman's wife describes how a 2020 season at home left the family missing baseball

Sign up for the Capitol Breach email newsletter, delivering the latest breaking news and a roundup of the investigation into the Capitol Riots on January 6, 2021.