Bird whisperer uses birdsongs to call people back to nature

According to Dan Gardoqui of Lead With Nature, listening to birds can help us learn mindfulness and has health benefits 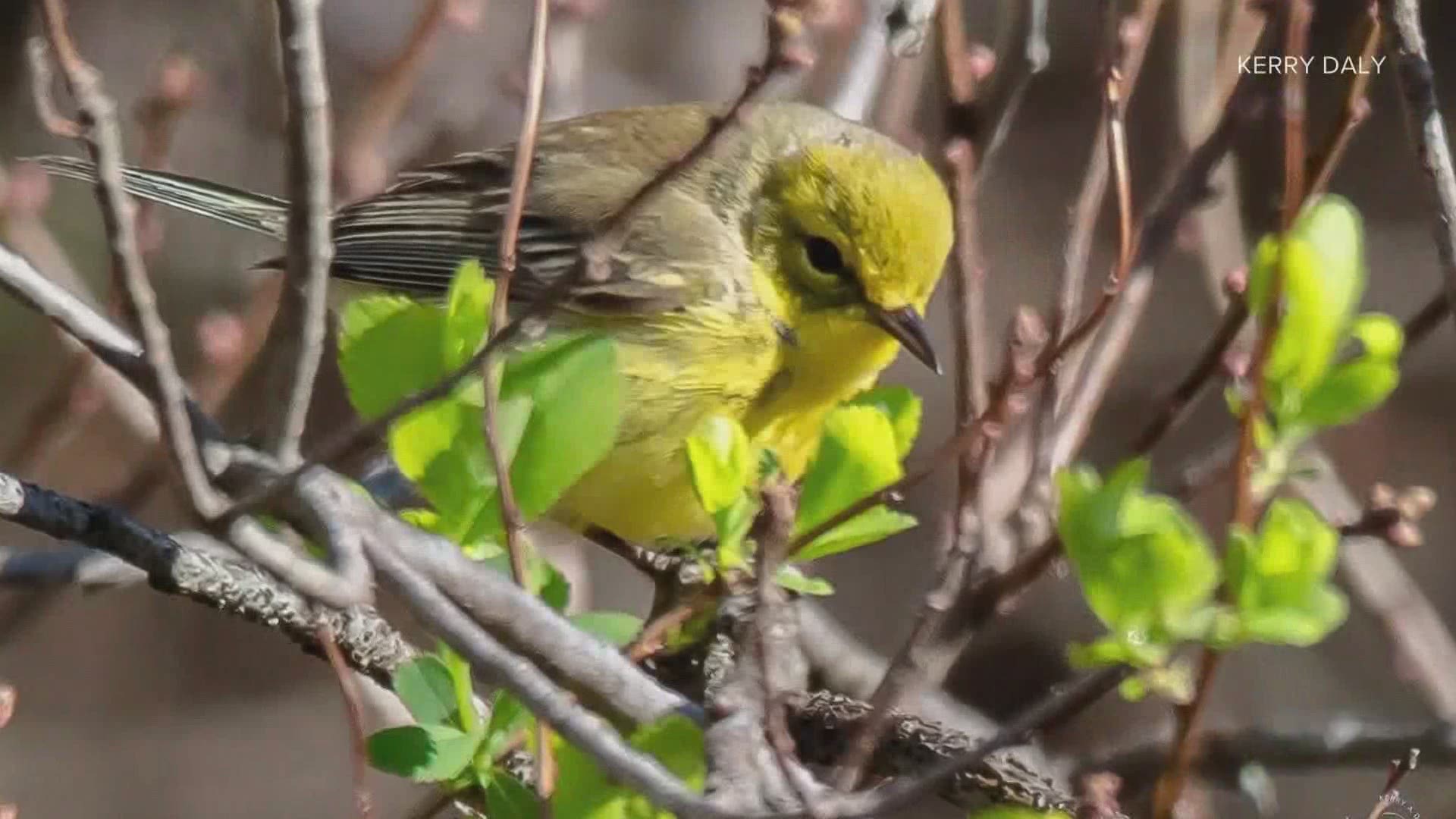 YORK, Maine — Whether you live in a city or deep in the Maine woods, when a window is opened and the songs of birds pour in, all you have to do is listen. But what are they saying?

Dan Gardoqui has spent most of his life tuning his ear to the sounds and songs around him, trying to interpret their meaning.

I met up with Gardoqui one morning on top of Mount Agamenticus in York. Gardoqui founded and ran White Pine Programs, a nature-based school mainly for kids, for 20 years. More recently, he started Lead With Nature where he helps individuals, schools, organizations, and businesses learn how they can be more nature-based.

Going on a walk with Gardoqui is an education, as he casually points out flowers, trees, and of course birds. But he isn't just listing the names of the flora and fauna to flaunt his knowledge of nature. His ears and eyes are piqued and he's simply noticing all he sees and hears and sharing it with me, the same way you would share a story with a friend, even though we've just met.

The buzzing of bees and insects makes him stop in his tracks. He turns and notices a robin's nest, well hidden in the branches. He hears the sound of songbirds as they change from normal to alarmed, "there must be a predator over there." A small squirrel fight catches his eyes and then as if he had planned it, at the turn of the trail through a thick layer of tree trunks he spots a deer, just as still as can be, and before I have time to focus my camera, she's gone.

"The whole world beyond the human world is constantly giving us information; the original notifications are the sounds of birds and mammals and fish even," Gardoqui said.

It's a language he has been speaking for years. Gardoqui can mimic most birds' songs with uncanny accuracy. He can identify hundreds of birds by their calls. The mimicking started as a way to learn and distinguish birds from each other, but Gardoqui admits he's been obsessed with sounds his whole life.

Gardoqui also has a Youtube series called "Learn a Bird." In each episode, he focuses and teaches about one specific Maine bird.

"My family will attest to this to an annoying degree, I would mimic everything you can imagine like the iron ... or the copier at my mom's work," said Gardoqui.

Birds for Gardoqui are a way to get out of our busy minds and practice mindfulness just by paying attention to the bigger world around us.

Birds are awake when we're awake; they're vocal so you can hear them; they are often colorful so as to be easily spotted; they are everywhere, whether in a city or out in the country; and birds can be heard at all times of the year. These are all the reasons why Gardoqui uses birds as a tool to connect people to nature and the greater world around them.

"My passion and gifts in the world are just bringing the more-than-human world into the human world and helping people broaden enrich connections to nature," said Gardoqui.

Through his company Lead With Nature, Gardoqui helps people and businesses find better ways to be stewards "of wild places of natural places of nearby green spaces."

The first step, Gardoqui said, is to slow down and tune in.

"There are innumerable benefits from spending time in nature and scads of research," Gardoqui said. "And even if you don't like being out there, you still get the benefits, which is amazing. Your blood pressure goes down, your respiration goes down—[there's] a decrease of stress in the bloodstream. It does so many wonderful things for us. Whether you like it or not, it's happening."

But the best benefit is what he says we can learn from birds.

RELATED: Maine horses being trained to track people by scent for search and rescue missions