Team running the Skyway 10K, carrying the weight of hundreds of fallen firefighters

Tom "Bull" Hill and his team will carry 11 packs across the Skyway Bridge to honor firefighters who have lost their lives to cancer or suicide. 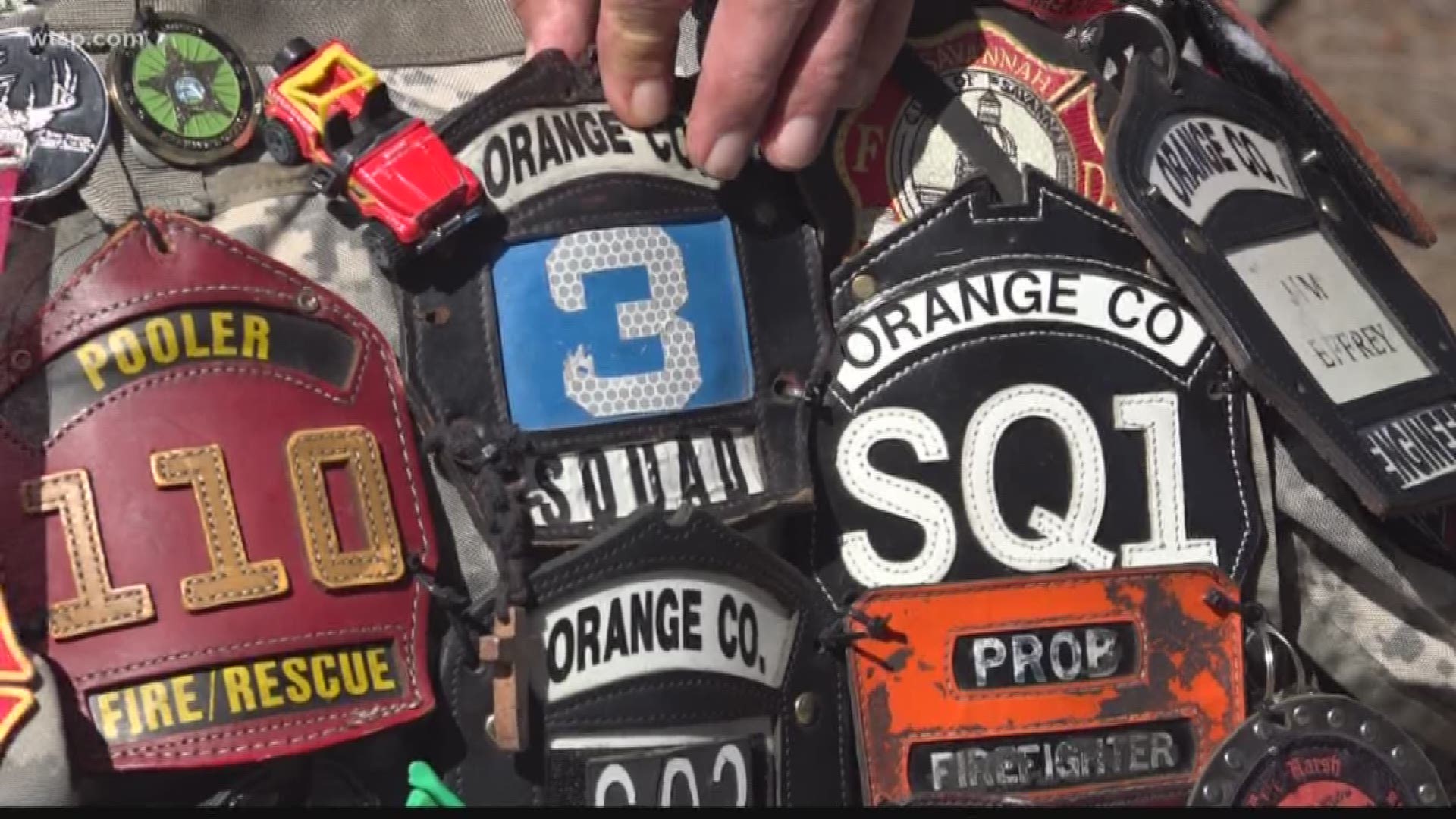 ST. PETERSBURG, Fla. — In its three years, the Skyway 10K has seen thousands of participants. A few have traveled the bridge each year, like friends and firefighters Tom “Bull” Hill and Mike Junge.

Hill walks the Skyway to honor firefighters who lost their lives to cancer and PTSD.

Hill walked the Skyway in 2018 with a pack covered in the names, shields and objects from firefighters who had died from cancer or suicides related to PTSD.

His goal was to bring awareness and change.

Now, with laws covering PTSD and cancer for firefighters, Hill walks a little lighter, despite having even more packs.

“It’s great sharing it with other people, you know. You can actually smile a little bit and say, ya we’ve made a couple changes," said Hill.

He set out on a mission after he lost a friend, a firefighter brother, to cancer.

“This is the original pack. This came from “Shakey” Stephen Vanravenswaay. This was his helmet shield," explained Hill. "Two nights before he had passed away he gave me this helmet shield and asked me to keep a promise to make a change in Florida for firefighters.”

So, Hill added the shield to a bag and decided to walk all the way from Key West to Tallahassee.

That change would be cancer coverage for firefighters in the state of Florida.

“You know I truly feel that we wouldn’t have got benefits for occupational cancer if it wasn’t for him. There were a lot of people that accomplished it, but he’s the one that started it. He was the crazy one who went to Key West and started walking by himself across the bridges," said Mike Junge, a longtime friend, supporter, and walking partner of Hill.

Hill is now up to 11 packs, and his works not over.

This year he created the Firehood Foundation. Instead of walking more than 800 miles, he’s focusing on hosting seminars, participating in comparatively shorter walks, and helping individual firefighters.

He can't carry all 11 packs to each of these opportunities, so he’s come up with a creative solution: to tattoo select items on his arms.

“So all these things have meaning to me, I just didn’t want to put them in a box," said Hill, who is now permanently carrying his firefighter brothers and sisters.

"To show them that I am very honored to have it. It’s with me forever.”