Nearly a dozen people will race the Skyway 10K using handcycles before the first wave of runners takes off. 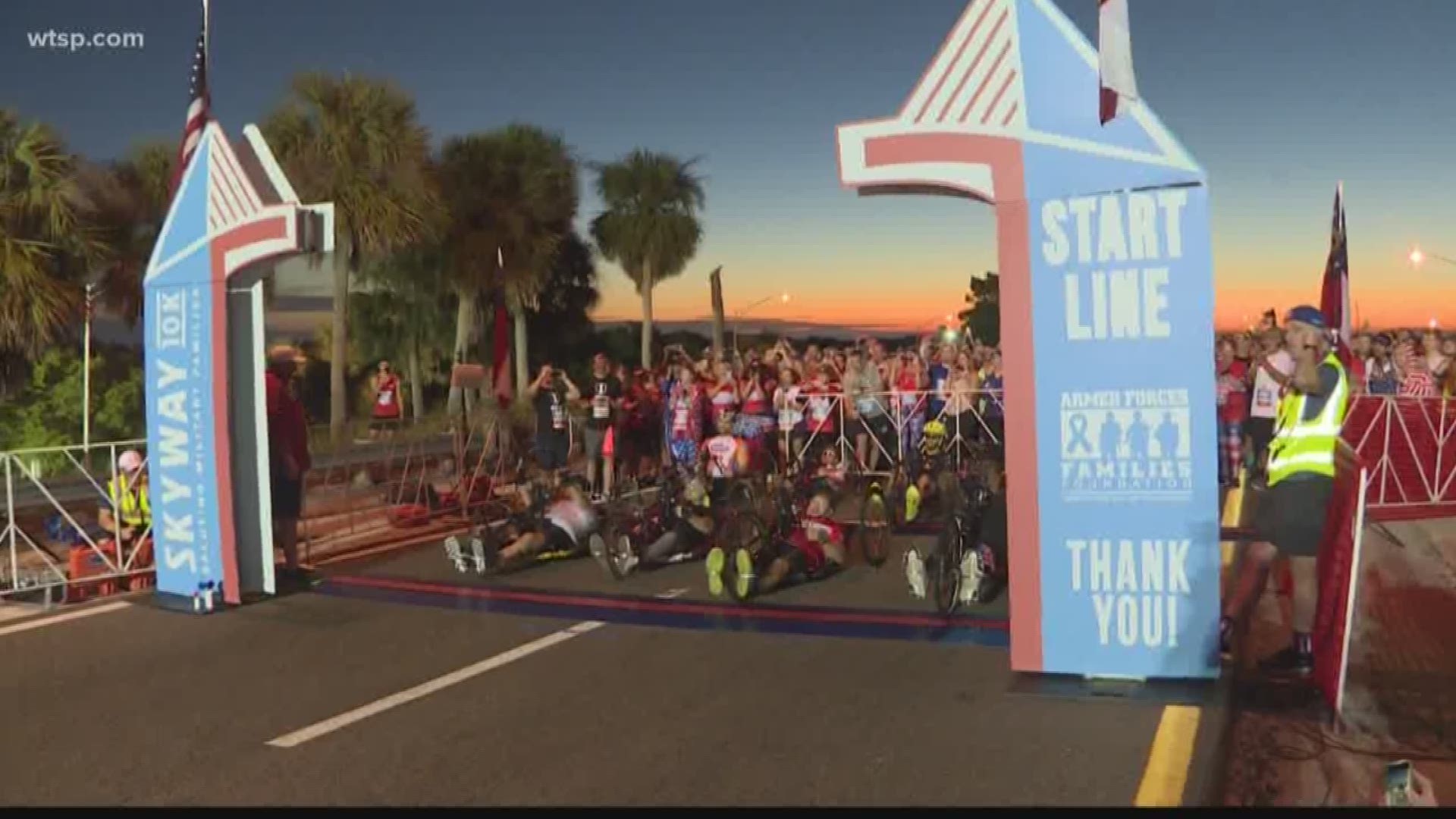 But, before the first group of runners takes on the bridge, nearly a dozen people compete using handcycles.

That group includes Mike DeLancey, who was injured in a sniper attack in Iraq. He founded the Wounded Warriors Abilities Ranch, which helps injured veterans stay active.

"One of the big things that we have done and try to do as an organization is just to get injured people out of the house. Having a race like this really brings the exposure not just for the sport itself but maybe somebody at home is saying 'wow I can do that'... maybe they'll find their hobby or their sport," DeLancey said.

DeLancey helped set up the handcycle division when it first started during the 2019 Skyway 10K. He said he is excited to actually compete in it this year.

One-hundred percent of the proceeds from the Skyway 10K go to the Armed Forces Families Foundation, which helps area veterans and their families. Some of the money has helped fund projects for the Wounded Warriors Abilities Ranch.