Skyway 10K weekend kicks off with expo at Tropicana Field

The pre-race expo had free food, drinks and live music. 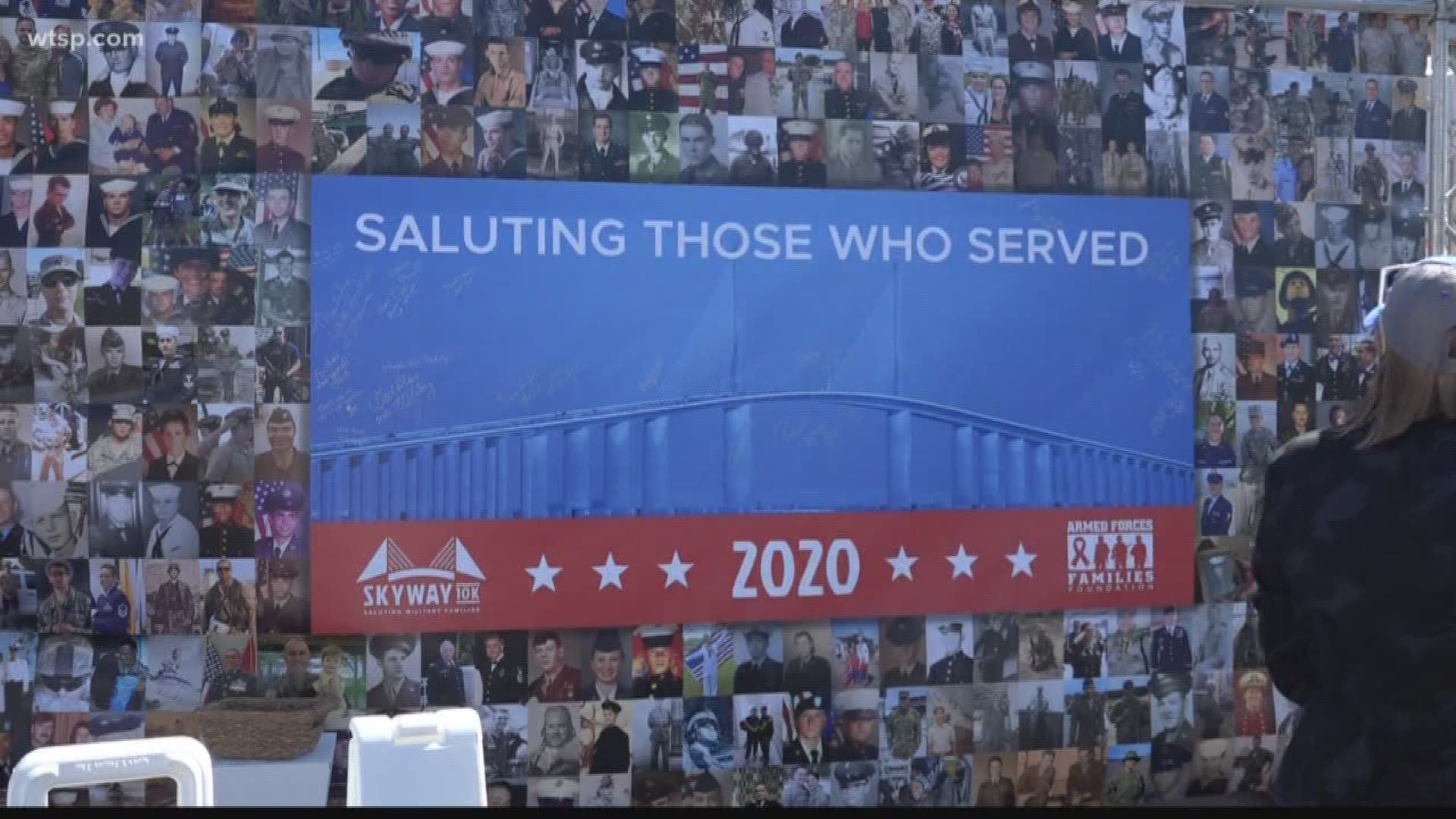 ST. PETERSBURG, Fla. — Just one day before the third annual Skyway 10K, racers and fans showed up to Tropicana Field for the pre-race expo for the free event had food, drinks and live music.

While everyone enjoyed the festivities, no one could keep their mind off Sunday's race.

“Well I don’t even like driving over the bridge, so I was apprehensive at first, but it was incredible," runer Tara Michalicka said.

This will be her second time running after participating in the inaugural race.

“It was really a cool feeling, being at the very top and you just stopped for a moment and looked around and thought, 'we don’t know if they'll ever do this race again,'" Michalicka said.

Now, she is eager to get back to back on the bridge and eager to give back.

All proceeds from the race go to the Armed Family Forces Foundation.

“Everything from just the race itself. And then the cause, you know, for the military families. That itself, too. So, it’s really just the whole thing," Michalicka said.

In its first two years, $1.2 million has been raised during the Skyway 10K. Funds from this year will go towards new ventures.

“It’s awe-inspiring, to see them come out and do this. Because whether they are doing it for their personal health reasons or because they want to get behind the mission of what the event is all about, we get to see the tangible benefits," said Nathan Witt with the chief voluntary service for Bay Pines VA Healthcare System, a beneficiary of the Armed Family Forces Foundation.

“So the new project we are working on with armed forces family foundation is a cyber café for our mental health programming," Witt said. “So it’s really making a true impact on the day to day lives of the veterans that we serve.”

RELATED: Here's what you can and cannot bring on the bridge for the Skyway 10K