'Why I ran the Skyway 10K': The reasons people put in the miles

The second annual Skyway 10K was a huge success Sunday. 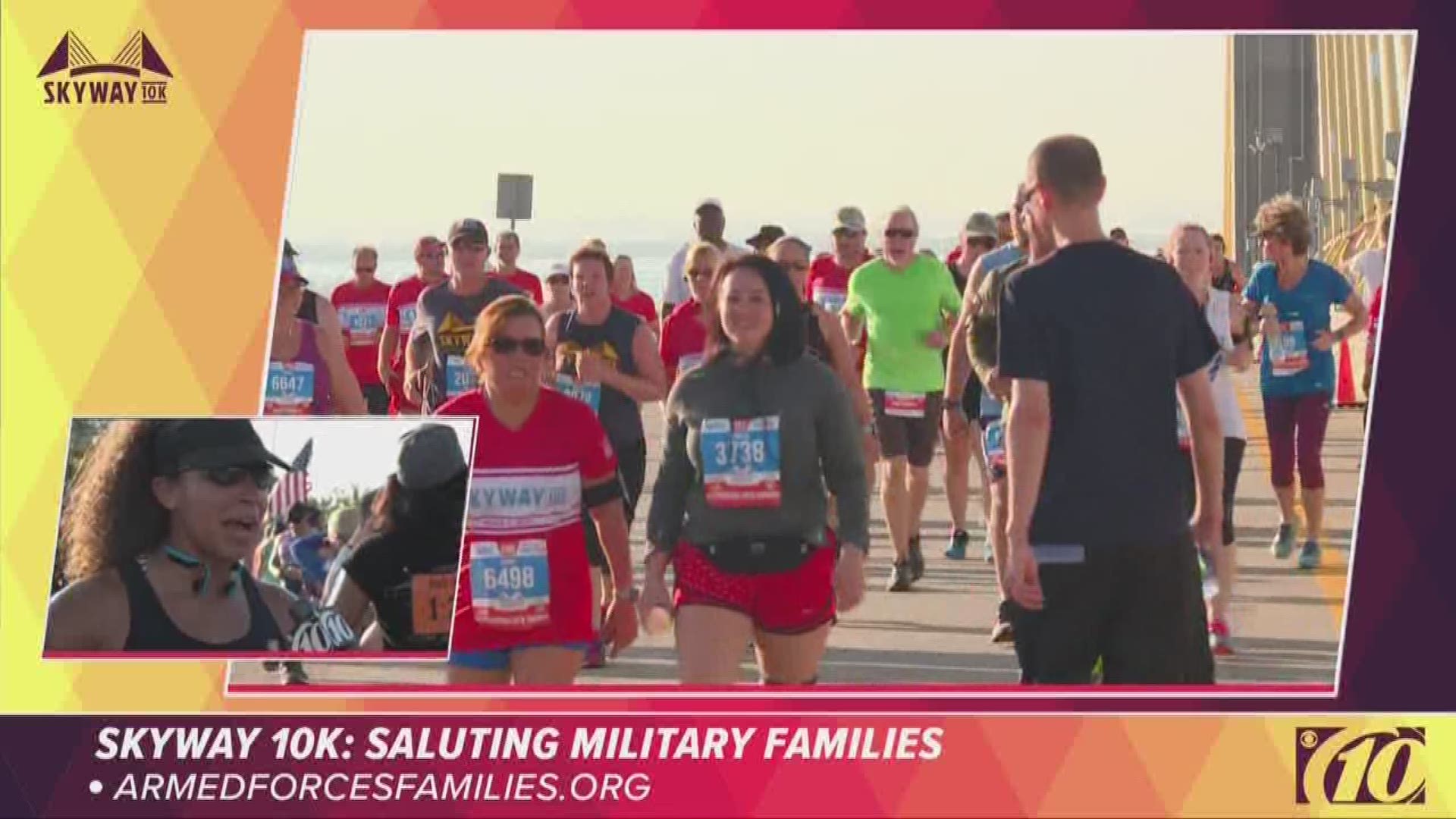 ST. PETERSBURG, Fla. — From marriage proposals to honoring those who served, everyone had their own special reasons to lace up and head over the Sunshine Skyway Bridge Sunday.

He created a creative poster for his wife who was running to cheer her on from Tropicana Field.

Running for an Iraq war veteran

They raced in honor of Julie's brother, Josh, who lost his legs during the Iraq war and proudly served our country.

In support of his grandfather

He dedicated his race to his grandfather, who served and to continue good health after losing over 150 pounds.

His dad ran the original Skyway race when it was officially built following the accident in May 1980, and he dedicated his race today to all the people who tragically died in the accident

For everyone who served our country

They ran for all the veterans and everyone who has served

In support of the 82nd Airborne

They ran in dedication to their brother in the 82nd Airborne Division of the Army and all the veterans.

A dedication to all veterans

They are avid runners and dedicated their race to all the veterans and the ability to run over the Sunshine Skyway Bridge.

Dedicated to a friend and a brother

The run is dedicated to their friend Noah Pransky and a brother who served in the military.

A run for those who have served

They raced for Jack, who fought in the Vietnam War and all those who have served.

He dedicated his race to the Florida National Guard and all the veterans who have served our country.

10News talked to one of the couples who got engaged and how it felt to propose on top of the Skyway in the middle of the 10K, which is perfect since they're both runners.