The announcement that the game was being postponed was made during the live pre-game show. 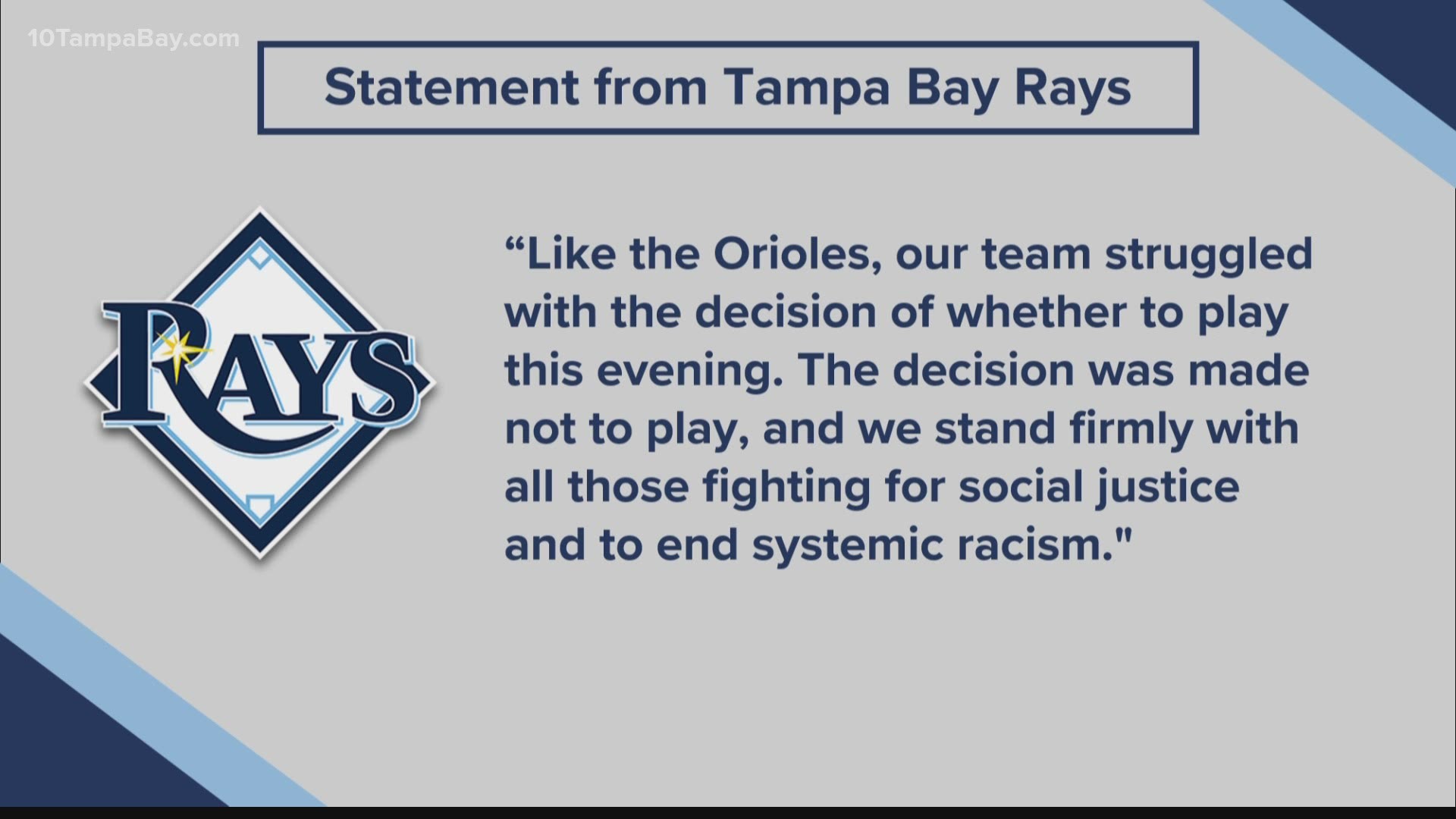 TAMPA, Fla — The Tampa Bay Rays are the latest professional sports team to take a stand in the name of social justice.

The team is boycotting its Thursday night game against the Baltimore Orioles.

"The game is supposed to begin at 6:40. No one on the field. This message is on the scoreboard with Tupac’s Changes song playing," she wrote.

The announcement that the game was officially being postponed was made during live coverage.

“Like the Orioles, our team struggled with the decision of whether to play this evening. The decision was made not to play, and we stand firmly with all those fighting for social justice and to end systemic racism," the Rays said in a statement.

Here is the view currently at Tropicana Field.

This message is on the scoreboard with Tupac’s Changes song playing. pic.twitter.com/0t1KkdH6uA

The Orioles also released a statement on Twitter regarding tonight's game saying, "After continued reflection and further dialogue, Orioles players have decided to not play tonight’s game against the Rays as they join athletes around the country in expressing solidarity with victims of social injustice and systemic racism."

While the latest show of support regarding social justice in the U.S., tonight's postponement is not the Rays' first.

Earlier this year, the Rays tweeted on Opening Day for the 2020 MLB season that it was a "great day to arrest the killers of Breonna Taylor." The team also tweeted "Systemic racism is real. Let’s unite for positive change."

Two coaches, Rodney Linares and Ozzie Timmons, also took a knee behind a black ribbon laid along the field as the National Anthem played on Opening Day, while shortstop Willy Adames stood between them putting a hand on their shoulders.

Rays baseball committed $100,000 to local organizations that are fighting systemic racism and launched a resource guide on its website.