The 20-year-old will join the team on Tuesday against the Red Sox.

TAMPA, Fla. — After six straight losses over the last week, the Rays are trying to find a spark within the farm system.

Wander Franco will be called up to the big leagues on Tuesday when the team hosts the Red Sox.

The Tampa Bay Times was first to break the news.

BREAKING: It's Wander time. Top prospect Wander Franco has been told by #Rays he is being called up and will join them Tuesday when they open series against #RedSox at Trop.

Can confirm top prospect Wander Franco is being called up and will join #RaysUp Tuesday vs the Red Sox at the Trop.@TBTimes_Rays on it first.

Many thought Franco would get the call earlier this month when the team brought in Taylor Walls but the franchise decided that this was the right moment.

Credit: AP
Tampa Bay Rays' Wander Franco, looks up after he hits a home run in the first inning during a spring training baseball game against the Pittsburgh Pirates on Wednesday, March 3, 2021, in Port Charlotte, Fla. (AP Photo/Brynn Anderson)

Wander Franco is the No. 1 overall prospect in baseball. He entered the season ranked by Baseball America and MLB.com as the No. 1 prospect for a second straight year. 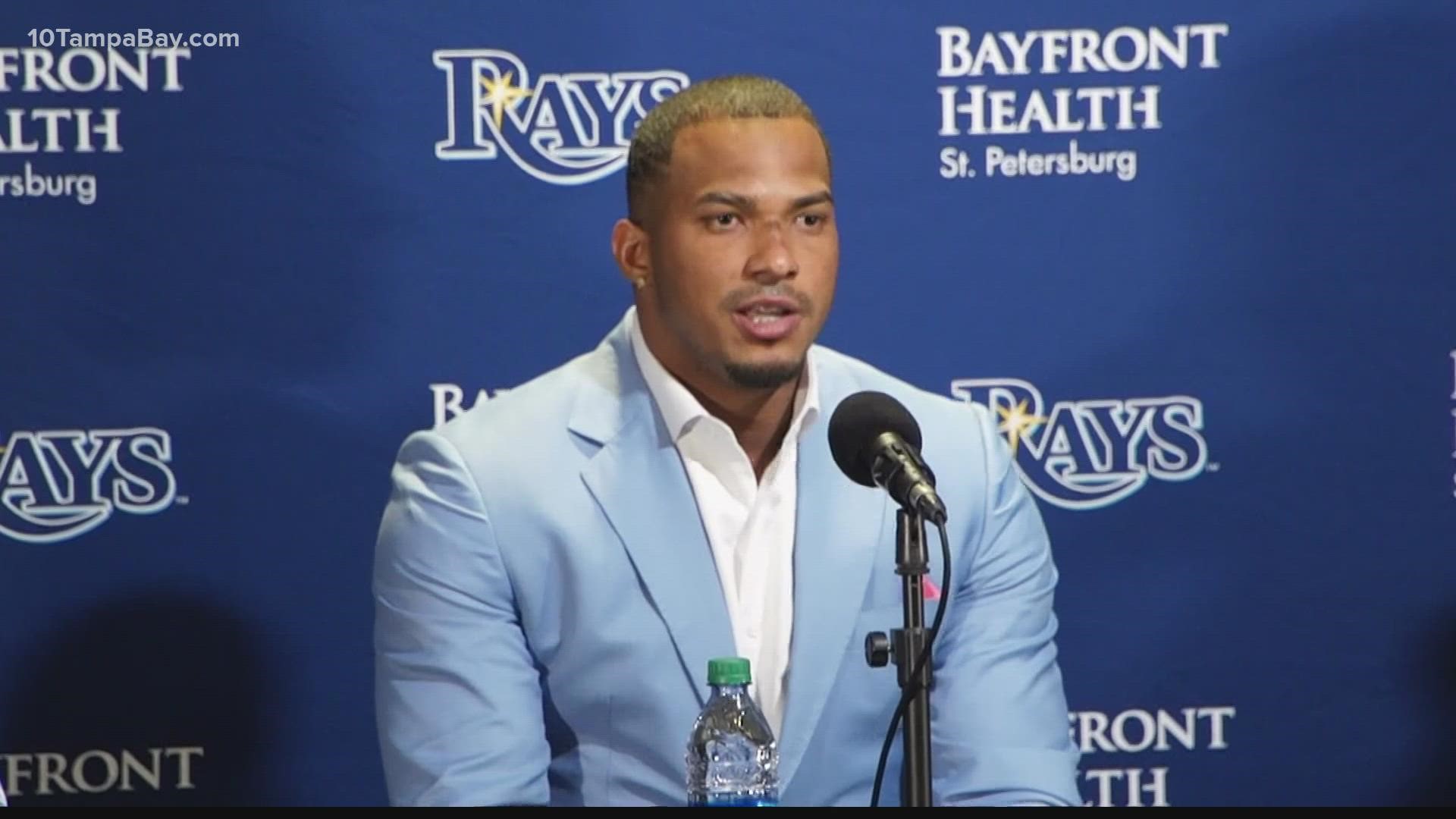