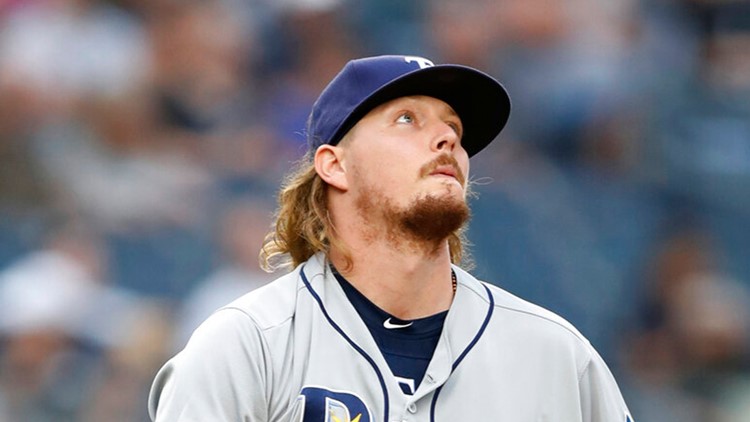 ST. PETERSBURG, Fla. — Ryne Stanek's days as an "opener" for the Tampa Bay Rays are through.

It had been anticipated the Rays were in the market for fresh pitching arms as they battle for an American League wild card spot.

Richards is 3-12 with a 4.50 ERA. The Rays have been down a starter since Blake Snell and Tyler Glasnow were injuired.

Kolarack was traded to the Dodgers in exchange for minor league outfielder Niko Hulsizer.

Hulsizer, 22, split the season between Class-A Great Lakes in the Midwest League and Class-A Rancho Cucamonga in the California League, batting .265/.376/.554 (78-for-294) with 23 doubles, 20 home runs and 67 RBI in 83 games. Despite his June 19 transfer to Rancho Cucamonga, he still ranks among Midwest League leaders in home runs (tied for third), RBI (tied for ninth) and extra-base hits.