Williams led the Tar Heels to three national championships in 18 seasons at North Carolina. His 903 career wins are the third-most by any coach in NCAA Division I. 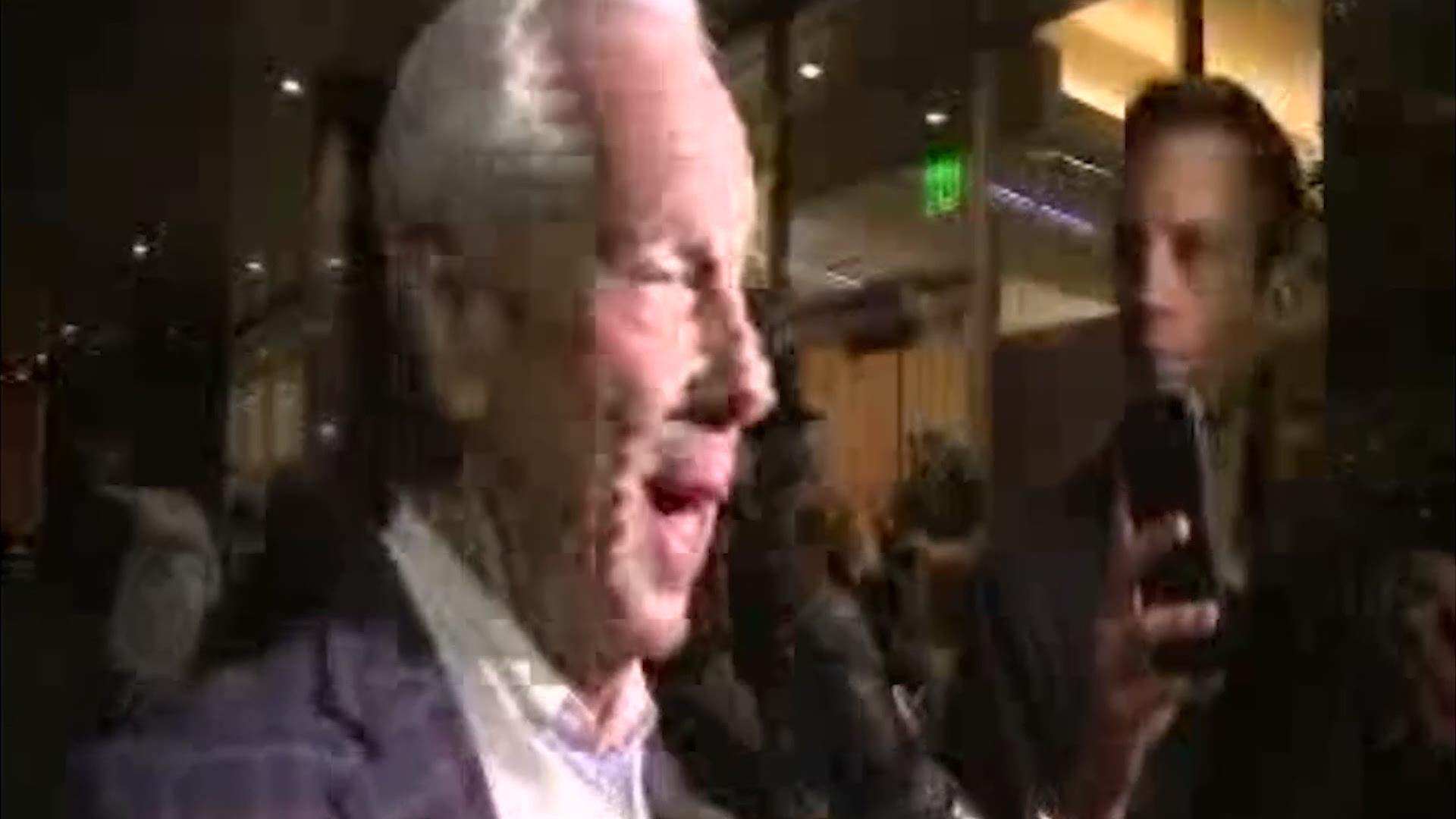 CHAPEL HILL, N.C. — Roy Williams, head men's basketball coach at The University of North Carolina for the past 18 seasons, announced his retirement Thursday.

Williams retires after 48 seasons of coaching, including 33 as a head coach. He was inducted into the Naismith Hall of Fame in 2007.

Williams will retire as the second-winningest coach in North Carolina Tar Heels history behind Dean Smith. Williams reached 900 victories in fewer games and seasons than any other coach in NCAA history. His 903 career wins are the third-most in NCAA Division I history and is the only coach in NCAA history to accumulate at least 400 wins at two schools.

Williams spoke Thursday to players, fans, and the entire Tar Heel nation while announcing his retirement.

“But the biggest reason why we’re here having this meeting is that I just don’t feel like I’m the right man any longer,” Williams said.

Williams made his career retirement announcement while in the Dean E. Smith Center.

“I can’t think of a better place to be doing it, than in the Dean E. Smith Center on Roy Williams’ court,” UNC Athletic Director Bubba Cunningham said.

Williams became emotional while talking about how he would make the announcement to his players.

“This morning, when I talked to the team it was really difficult,” Williams said.

He became even more emotional after coming to another realization.

“When I realized I would walk through that tunnel for the last time as a coach was really difficult,” Williams said.

He spoke about his hopes for the players and what he said he just couldn’t do this year.

“I never got the team this year where I wanted them to go. I just didn’t get it done,” he said.

He also spoke about the future and what will be his next chapter in life.

''I don't know what the future holds. In some ways, I'm very sad. I'm scared. But I'm also really happy and proud. We did okay. I was coaching great youngsters, winning a few games and loving it with my heart and my soul. We did okay."

He said he wishes he could never stop coaching.

“It’s been a thrill. It’s been unbelievable. I have loved it. It’s coaching and it’s all I’ve ever wanted to do,” he said.

Williams, a 1972 graduate from UNC, played under iconic head coach Dean Smith before giving up the game as a player to become a coach. After his freshman year, Williams asked Smith if he could sit in the bleachers during practices to learn the game of basketball from him. In 1973, Williams earned his first career coaching job at Charles D. Owen High School in Black Mountain, North Carolina.

He returned to UNC in 1978 as an assistant under Smith, a role he served until becoming the head coach at Kansas in 1988. He coached the Jayhawks until 2003, when he was hired by his alma mater to replace Matt Doherty. He quickly turned the Tar Heels around and won the NCAA Championship in his second season.

During a news conference held Thursday afternoon, Williams said he was stepping away at 70 years old saying he now felt he was no longer the right person to lead the team. But he fondly remembers the memories made, admitting that seeing former players in the lounge before his announcement in Chapel Hill was hard for him. However, he jokingly noted he had a golf trip arranged, and was ready to spend more time with his family, including his wife Wanda who he lightheartedly revealed discussed retirement with him earlier.

When knew it’d come one of these days.... pic.twitter.com/ktK2afP3RZ

Officials with the team noted the afternoon press conference would not be the place where they would discuss how the university would move forward with finding a new coach; that was reserved for an evening conference online.

“On behalf of the ACC, we extend a heartfelt congratulations to Roy Williams on a remarkable career. His resume of accomplishments speaks for itself. More importantly, the countless lives he positively affected surpasses all of the individual honors and awards. Roy’s fingerprints will forever be on the sport of college basketball, and specifically the Atlantic Coast Conference. We wish him, Wanda and his entire family all the best as he begins this next chapter of an amazing life.”

After 33 years as a Hall of Fame head coach, our beloved Tar Heel Roy Williams is announcing his retirement.

Thank you for all you have done and meant to everyone who plays and loves our game.

Prior to taking the North Carolina job, Williams led Kansas to four Final Four appearances, including back-to-back years in 2003 and 2004. While at Kansas, Williams led the Jayhawks to two NCAA Championship Game appearances.

• 48 seasons as a basketball coach, including 33 seasons as a college head coach (18 at UNC, 15 at Kansas), 10 as assistant coach at UNC and five as head coach at Owen High School in Black Mountain, N.C.

• 2007 inductee to the Naismith Basketball Hall of Fame

• Second-winningest coach in UNC history and third in Kansas history

• Only coach in history with 400 wins at two schools

• 52 former players in the NBA

• Only coach to coach two Academic All-Americas of the Year (Jacque Vaughn at Kansas, Tyler Zeller at UNC)