In terms of success on the field, there is no comparison. The U.S. Women's National Team has been undeniably more successful than the men's team. 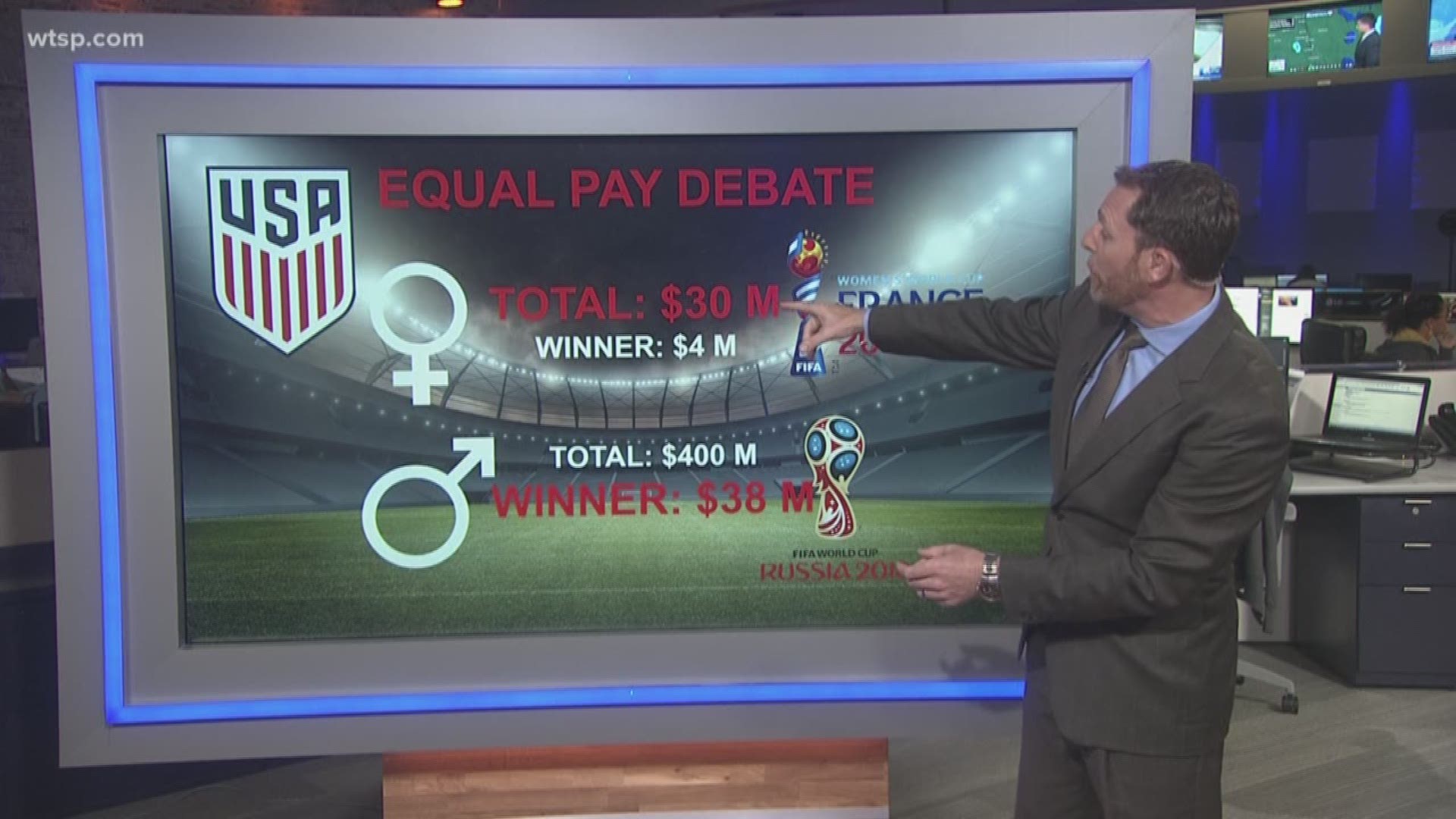 ST. PETERSBURG, Fla. — We all understand that numbers and statistics can be manipulated to prove almost anything, right? So, while everyone seems to be talking about the issue of equal pay right now, it’s important to compare apples to apples instead of apples to oranges, or even apples to avocados.

Keep in mind, the U.S. men’s and women’s national teams don’t play the same number of games; and they each have their own separate collective bargaining agreements with U.S. Soccer, so comparing their salaries and bonus structures can be extremely challenging.

In terms of success, there is no comparison. With four World Cup titles and four Olympic gold medals, the women have been undeniably more successful on the field than the men.

In terms of popularity, the men have a sizeable advantage worldwide. Last year’s men’s World Cup drew more than 3.5 billion viewers, more than half the world’s population. This year, the women had their best worldwide ratings ever, but FIFA’s estimate of a billion people is still a fraction of what the men’s tournament drew.

But in the end, it’s about money.

U.S. men’s team players earn $3,000 more for a loss in a World Cup qualifying game than the women earn for a win. ADVANTAGE: MEN. However, while the men take home more dollars, the women take home a larger slice of the pie (albeit, a much smaller pie). Last year’s men’s World Cup generated more than six billion dollars in revenue, teams shared about $400 million of that, which meant that players took home less than seven percent of the overall revenue. The women, meanwhile, took home $30 million out of about $131 million in this year’s tournament, which is more than 20 percent of the overall revenue. ADVANTAGE: WOMEN.

What about how much money each team makes for the U-S Soccer Federation?

So, as is usually the case: numbers tell the story, it just depends on which numbers you look at.