"The site is an unparalleled development opportunity that will serve to address many needs in the Sunshine City," the city wrote in a release. 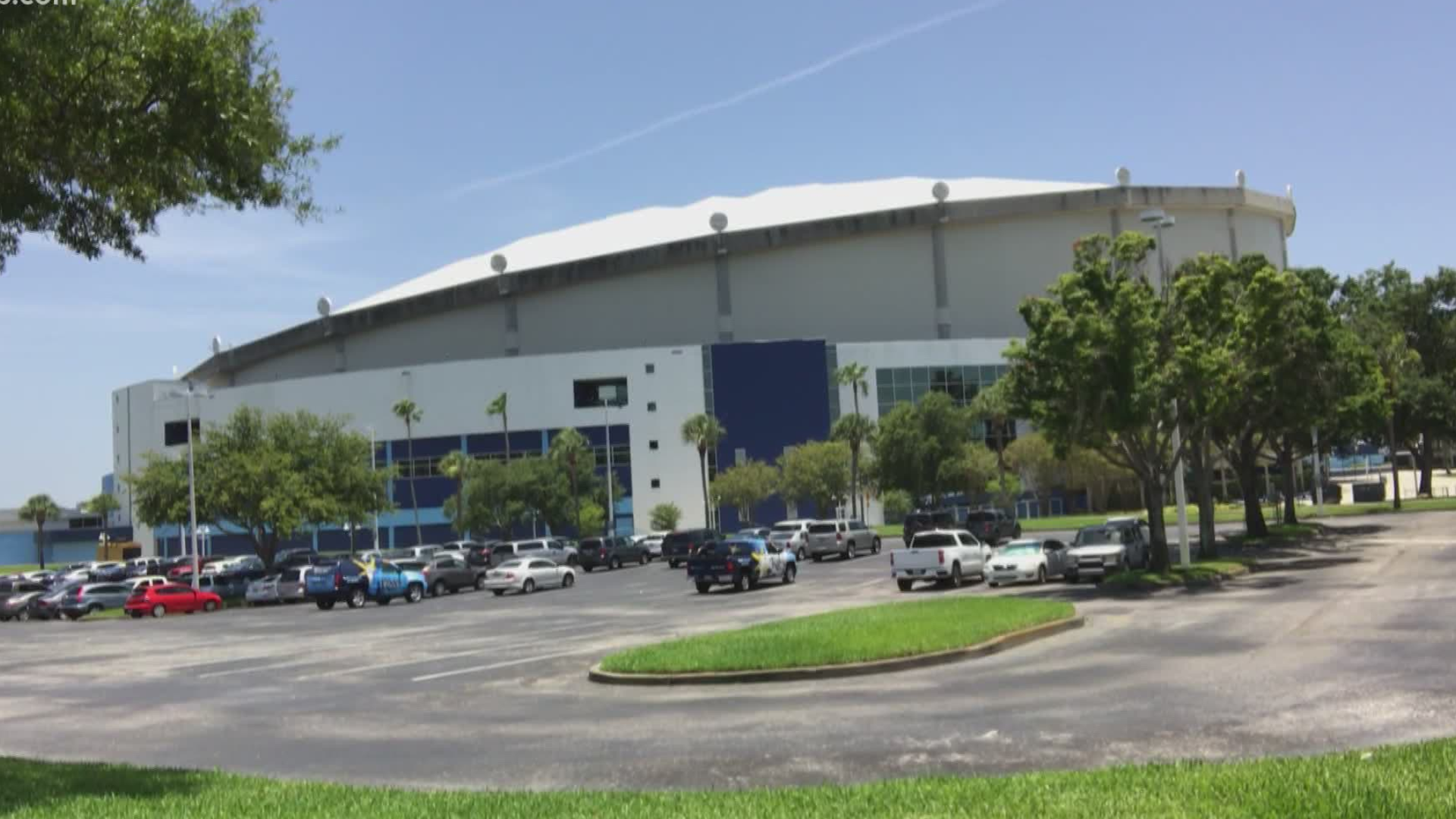 ST. PETERSBURG, Fla. — The Tropicana Field site might see a new developer as the City of St. Pete is set to issues a request for proposals on Monday.

"The site is an unparalleled development opportunity that will serve to address many needs in the Sunshine City," the city wrote in a release.

To catch you up to speed:

After officially terminating its negotiating window with Tampa, the Rays were effectively locked into their lease at Tropicana Field, which does not expire until 2027.

Then in 2019 the idea of the Rays becoming a two-city team first surfaced with the teams playing a part of its season in Montreal. But, with the coronavirus pandemic currently impacting Florida, the team's president, Brian Auld, said while the plan for where the team will play come 2028 is still on the team's mind, it is definitely on the back burner.

Earlier this year, the Rays threw a curveball to the cities plan to work on a master plan to redevelop the land surrounding Tropicana Field, with the Tampa Bay Times reporting, the team told City Council in January that it planned to throw a wrench in the works.

Including holding the city to the contract that is keeping the team at the Trop by arguing that construction would get in the way during games.

Mayor Kriseman responded to the idea back in January saying:

"We are certain that there is development which could occur on the Tropicana Field site that would not impair the Rays’ ability to play games and have fans attend those games – development that would not be piecemealed, but be the beginning of a master plan for the site. And think about this – The City of St. Petersburg’s interest in the land lasts forever. The Rays’ interest is for seven more years. In 2028, the Rays get zero dollars from any redevelopment that occurs on the land. As such, the clock is ticking. Not for us, but for the Rays."

RELATED: The Rays throw another curveball, but St. Pete's mayor is playing hardball