The Bucs are hoping to put the penalties, turnovers and injuries behind them. 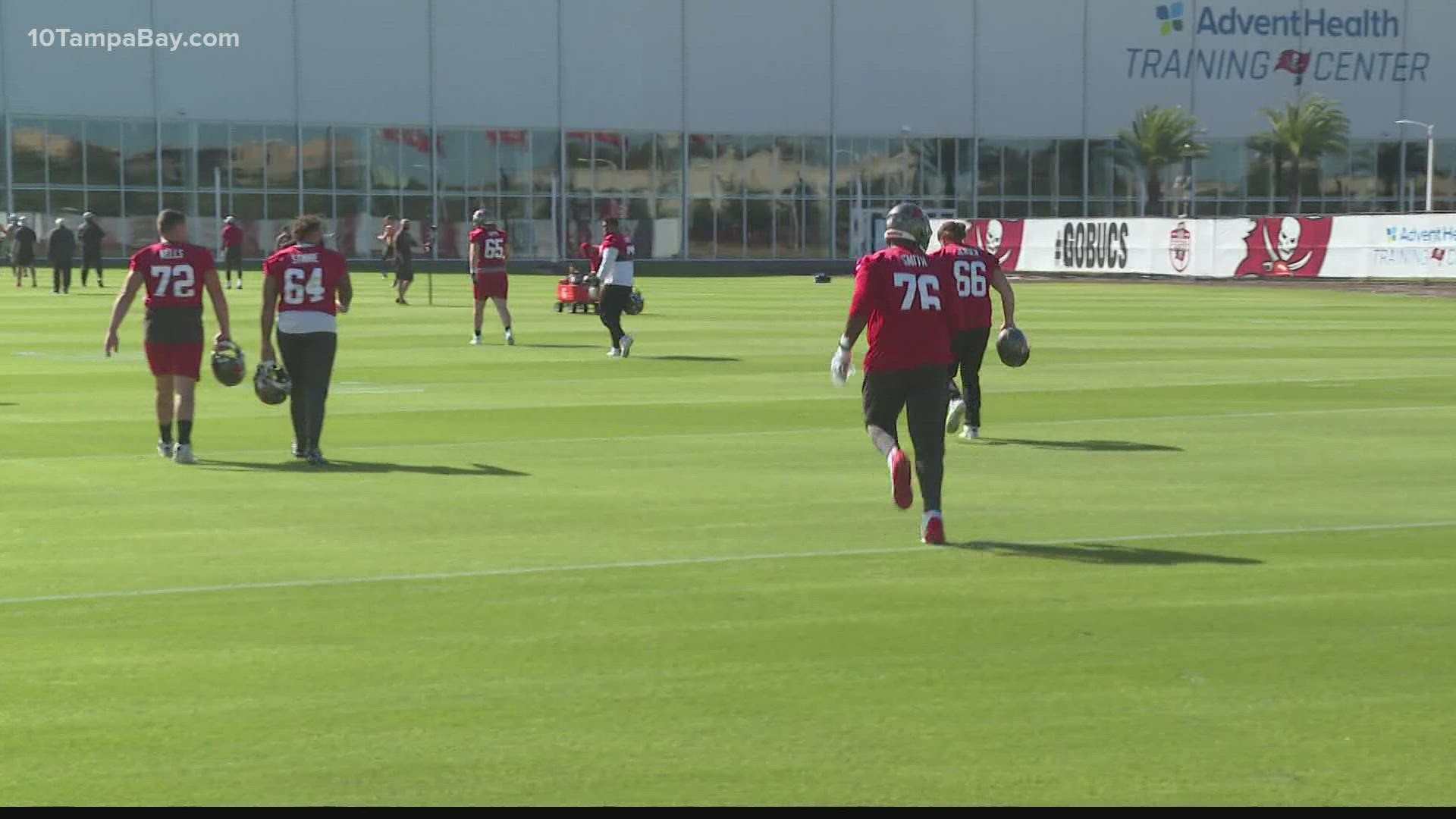 TAMPA, Fla — Heading into the Monday Night Football match-up, the Tampa Bay Buccaneers are 6-3, hoping for a win against the New York Giants who are 3-6. The Bucs are looking to curb its losing streak, suffering a loss on both sides of the bye week.

Although the Bucs season has looked a bit messy over the last two games, the team sits at the top of the NFC South standings ahead of the New Orleans Saints and North Carolina Panthers.

The New York Giants are coming off of a bye week looking for another win after defeating the Las Vegas Raiders in week 9, 23-16.

History has proven that the Giants and Bucs like to keep a tight score. Over the last four seasons, the contests have been decided by three points or fewer. However, history might be on the Bucs side to secure a win Monday night. The 2020 Buccaneers Super Bowl Championship team never lost more than two games in a row and Tom Brady hasn't lost three games in a row since 2002, according to a report from the Buccaneers.

Without tight end Rob Gronkowski the Bucs offense has struggled to convert at the same level of efficiency. Tonight, the powerhouse tight end could be making a comeback, but head coach Bruce Arians needs to see something first.

During Saturday's press conference, Arians said he's got a couple of game-time decisions to make, also noting that wide receiver Antonio Brown is the only guy out of Week 11. He'll know if Gronkowski will touch the field when he sees how the tight end is doing during pre-game.

"We'll get a good look at him pregame. He moved around really well [Friday]," Arians said. "He doesn't practice on Friday anyway – this being a normal Friday but it is Saturday. We'll have to see how he goes, and if he plays, monitor his workload."

Saturday, Brady said last year the Giants "gave us a big challenge." This year he doesn't see it any differently.

"It’s going to be a big challenge for us, and we have to get back to playing the way we’re capable of playing," Brady said in a press conference.

The Bucs defense will be watching out for Giants running back Saquon Barkley and their other offensive weapons. Arians said he's hoping to see his defense rise to the occasion.

Monday, the Bucs activated cornerback Sean Murphy-Bunting, a key player for the team's defense. However, Arians noted that Murphy-Bunting has been out a long time, he's not trying to overload the corner.

The Giants will play Monday without the team's starting strong safety, Logan Ryan. He's out due to COVID protocol.

Kickoff is at 8:15 p.m. ET. Here are some things to remember if you're heading to Raymond James Stadium.

Are there any tickets still available?

Yes. Starting at $145 to over $700, SeatGeek, Ticketmaster and Vividseats have tickets available for Monday night's game.

All tickets and parking at the stadium are mobile and allow for touchless access to get guests into the stadium faster.

All retail and food and beverage locations will be cashless. 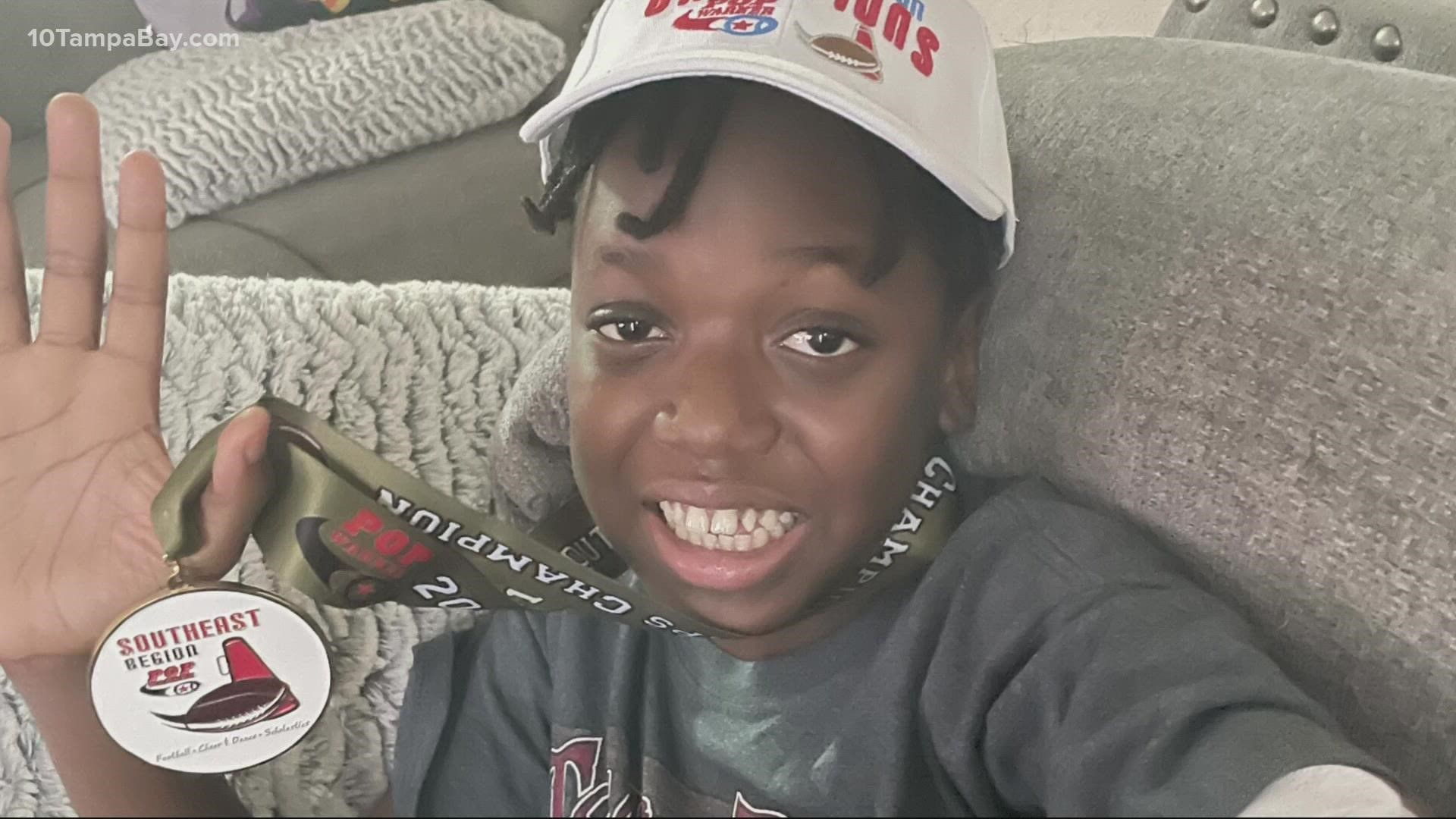