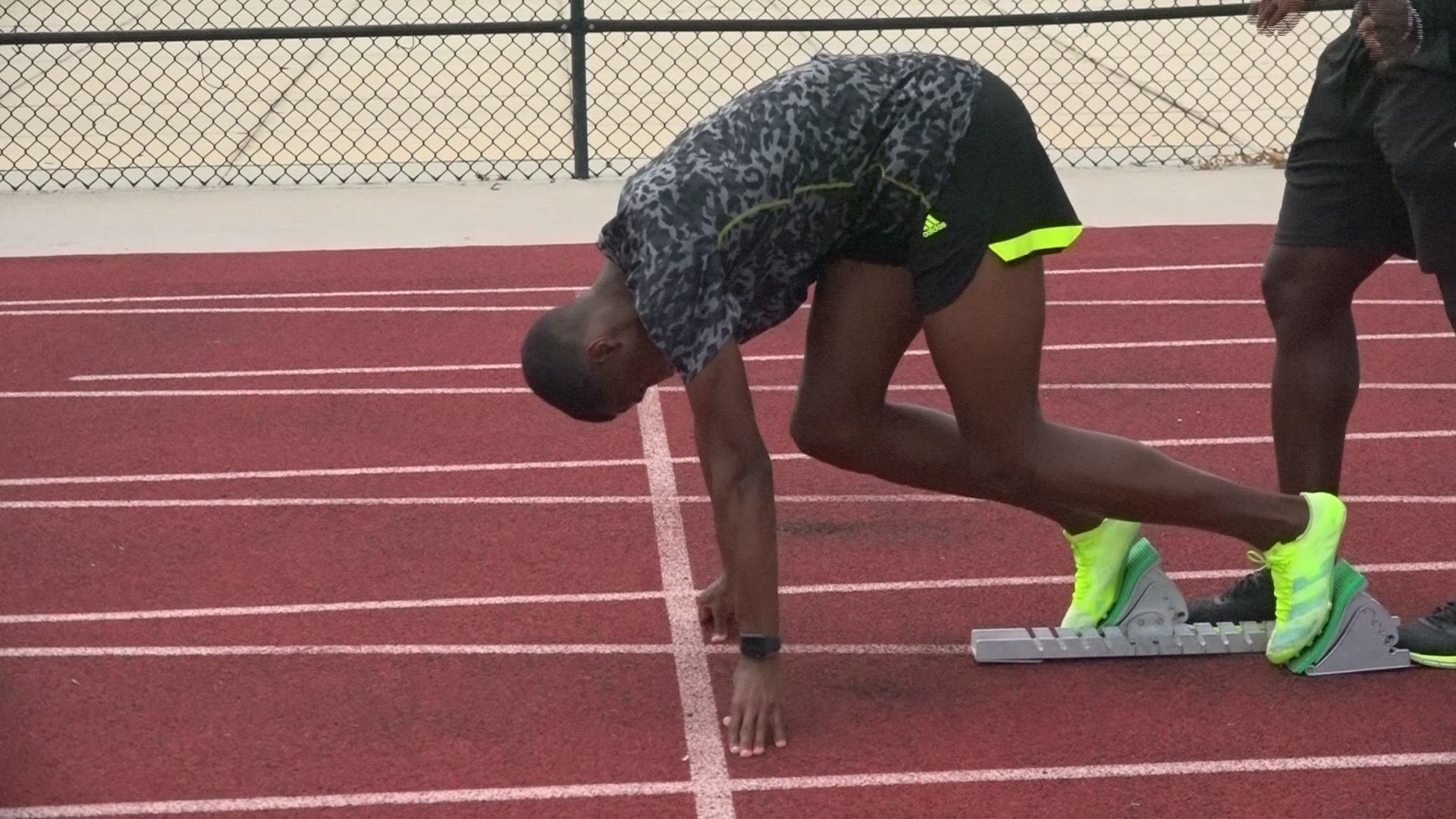 TAMPA, Fla. — Erriyon Knighton never expected to be a pro on the track and field circuit.

“I always thought I would be in the NFL," he says. "'Cause that’s what I played a lot growing up – football.”

He certainly has the speed for it.

But, the 17-year-old sprint phenom is choosing the track over the gridiron, lacing 'em up on a professional contract with Adidas.

“We weighed out the pros and the cons," his coach Jonathan Terry says. "I told him, 'Listen. This is your career, this is your life. Let’s take a look at the upside, then let's look at the downside. I truly believe that track and field is your God-given talent.'”

It's an easy choice if you're beating records set by Usain Bolt.

Not only did Knighton break Bolt’s record, he also beat Olympic 100M favorite Trayvon Bromell, who placed second with a score of 20.20.

"At first, I was just tired," Knighton says. "I was super tired. I just needed some water… after I let it sink in for a little bit, all the people talking about it, I felt pretty good that I just beat Usain Bolt’s record."

Next up for the rising Hillsborough High senior is the Olympic Trials in Oregon on June 18. The top three finishers earn a spot on Team USA, and fourth place makes the team as an alternate.

For Knighton, part of the motivation to go pro was the chance to see the world. He says since signing his contract, he's been able to race in New York and Boston, and it could take him world-wide.

Terry, who's been coaching Knighton for three years, says he knew the sprinter was a unique talent when he watched him at the 2019 Junior Olympics.

“The sky’s the limit," Terry says. "I also told him that we haven’t even touched the surface yet of his ability.”

The surface – if there is one – is even more records.

“We have to be able to break down every race and be able to change and fix all those mechanical issues to make sure we put together an amazing, perfect race and make sure that we execute it," Terry says. "I believe that he can do it, and we’re going for that record."