This will be the first playoff game in NFL history featuring two starting quarterbacks age 40 or older. 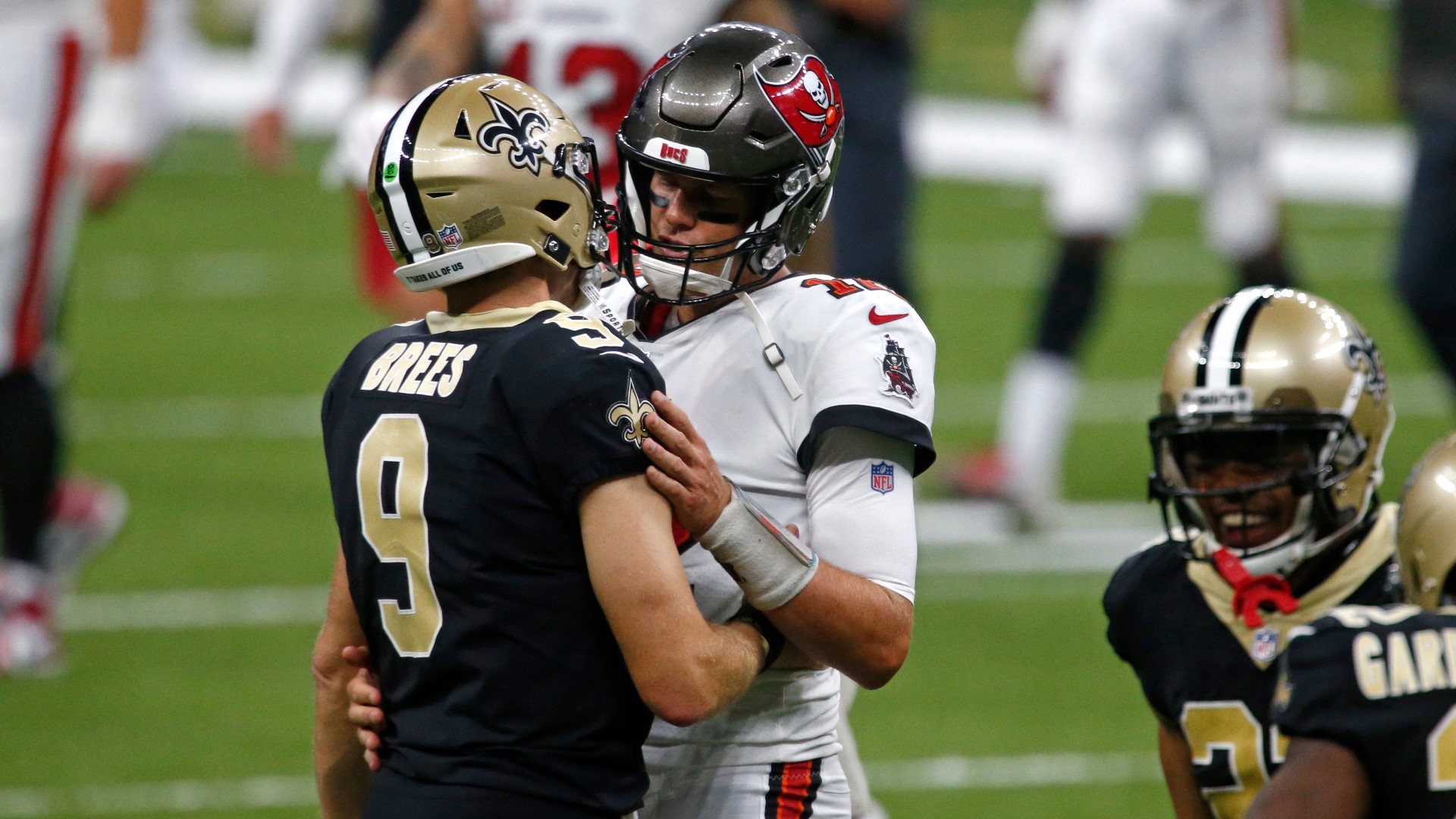 TAMPA, Fla — By now you've probably seen the tweet. Tom Brady and Drew Brees photoshopped to look like senior citizens. It all came in response to former Major League Baseball player Danny Valencia's tweet saying, "Every future @TomBrady game should be on the history channel."

The picture may be fake, but the history is real. When Brady's Tampa Bay Buccaneers and Brees' New Orleans Saints face off in the divisional playoffs this Sunday, it will be the first time two quarterbacks age 40 or older will start an NFL playoff game. Not only that, it's the oldest QB matchup in any NFL game.

Both quarterbacks are bound for the Hall of Fame when they finally hang up the cleats. In fact, you could make a case for Brady and Brees (or vice versa) as the two greatest ever to line up under center. Brees holds the NFL records for passing yards (80,358), completions (7,142) and consecutive games with a touchdown pass (54, 2009-12). Brady, meanwhile, passed Brees for most career touchdown passes (581) this season by throwing 40. He also has the most regular season wins (230), playoff wins (31), playoff touchdowns (75) and Super Bowl wins (six).

When asked about this weekend's playoff matchup, Brees said it seemed "inevitable" his Saints would match up with TB12 and the Bucs.

The Bucs and the Saints will meet in New Orleans Sunday at 6:40 pm for the right to play in the NFC Championship game. It would be the fourth NFC title game for Brees if the Saints win. But if the Bucs pull off the road upset, Brady will go to his tenth conference championship -- yet another one of his records.