The review found he committed misconduct in violation of university policy. 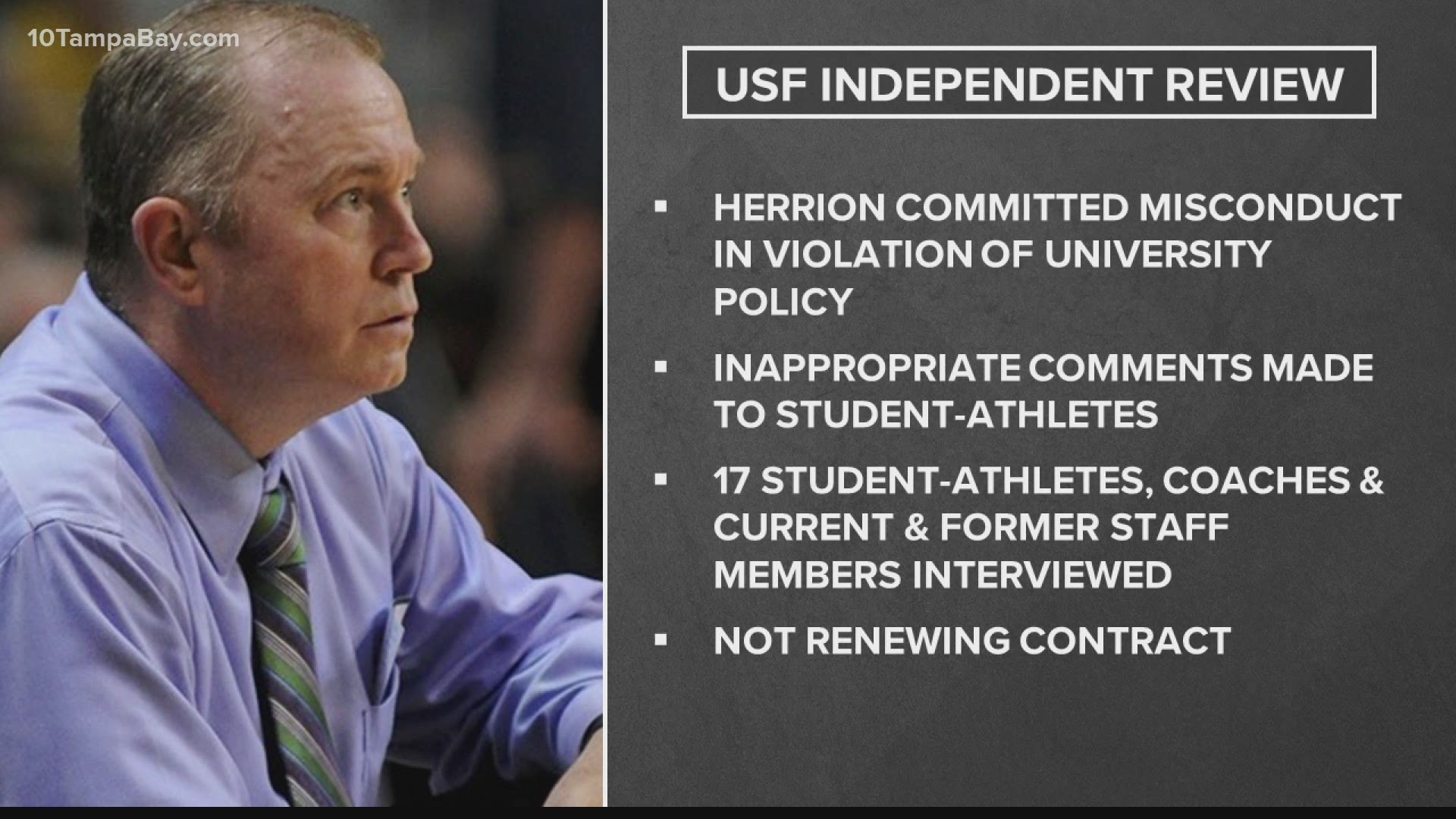 TAMPA, Fla. — USF Men's Basketball Associate Head Coach Tom Herrion is no longer with the program following an independent review that concluded he violated university policy in connection with inappropriate comments made to student-athletes.

The university announced Tuesday that USF Vice President of Athletics Michael Kelly had opted not to renew Herrion’s contract.

“It is highly disappointing that the review confirmed isolated actions involving Coach Herrion’s interactions with student-athletes that are simply unacceptable,” Kelly wrote in a statement.

Alabama-based law firm Lightfoot, Franklin & White, LLC did 17 interviews with student-athletes, coaches and staff members – both current and former. The firm also examined records and investigated diversity and inclusion among students and staff.

"Aside from Herrion’s conduct, the independent review found the men’s basketball program is 'proactive in addressing racial issues' and does not have a hostile or problematic culture as it relates to the issue of race," USF wrote in a statement.

The university said the independent review concluded “there is essentially no evidence that Coach Brian Gregory or his staff failed to address a known racial problem." It added student-athletes believed “the leadership of the MBB program was proactive and effective in addressing racial and social justice issues.”

According to the university, the review revealed Coach Gregory reported an incident directly to administrators the same day he became aware of one of the allegations.

“I was pleased to see the report’s findings that head coach Brian Gregory and our administration are, and have been, operating in accordance with the University of South Florida’s commitment to diversity and inclusion, and that our processes for ensuring those commitments are upheld,” Kelly added in a statement. “Overall, the review reaffirms my belief in Coach Gregory’s leadership of our program. Moving forward, our entire athletic department will continue to be dedicated to fostering an inclusive environment that allows every student-athlete to thrive.”

Since last summer, coaches and staff members with USF Athletics have been participating in a diversity and inclusion training program through the Institute of Sport and Social Justice in Orlando.

USF says it doubled down on diversity and inclusion efforts last year with the establishment of the Inclusive Excellence Committee in July 2020. That committee has representatives, ranging from head coaches to staff and student-athletes. 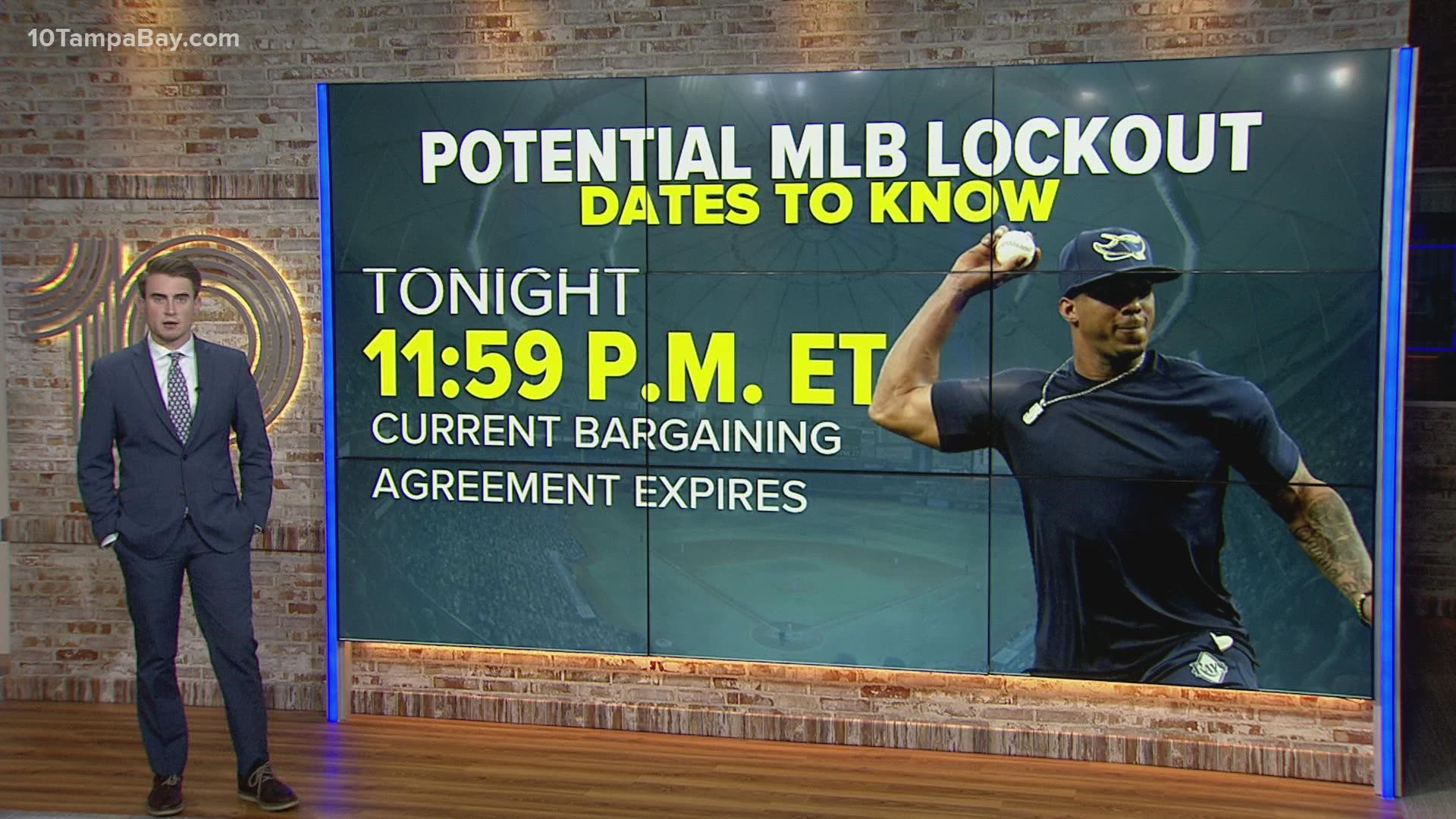 Clock ticks down to MLB's 1st work stoppage since 1995