The Toronto Raptors are playing their home games at Amalie Arena until they're cleared to play in Canada again. 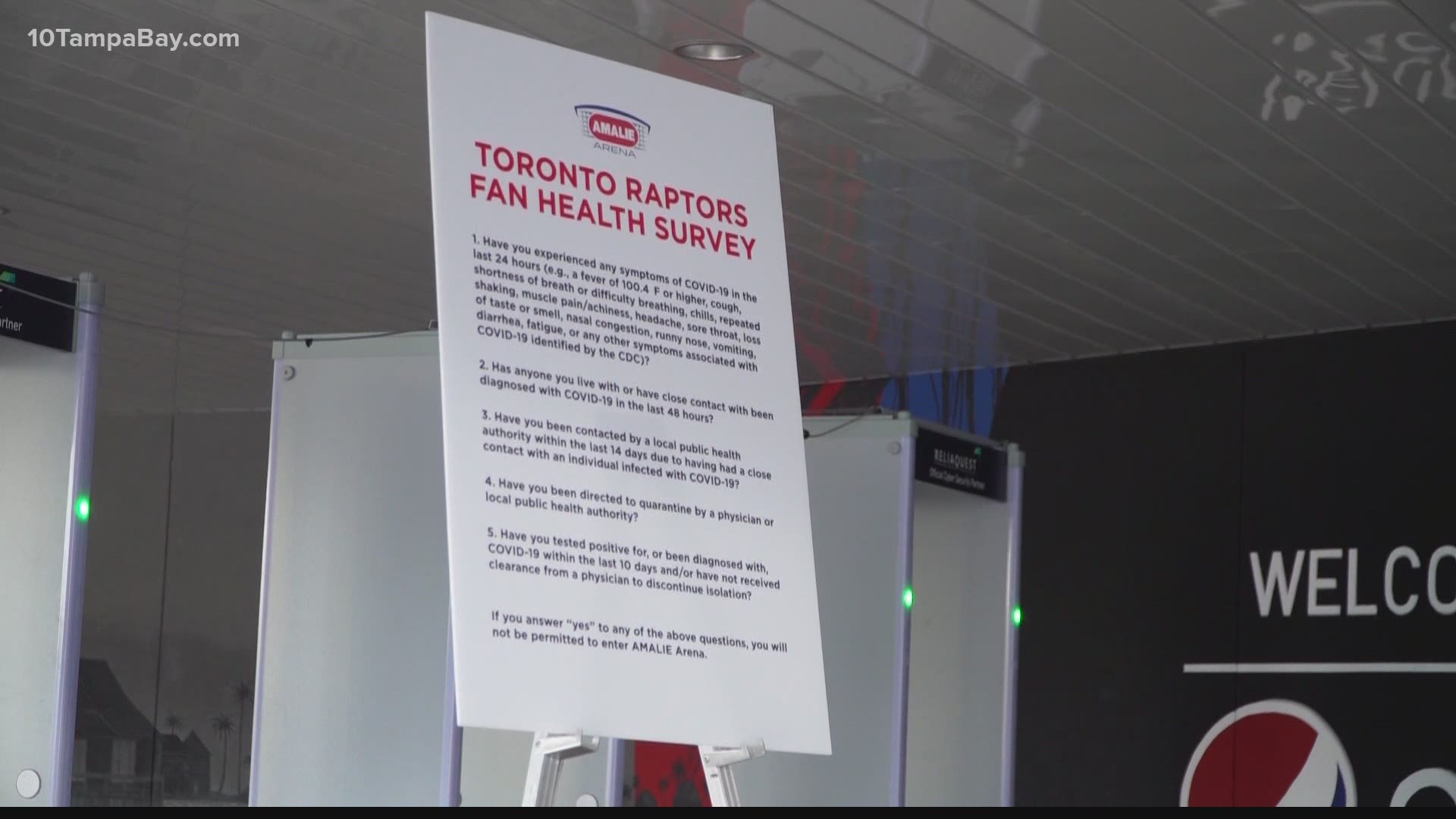 TAMPA, Fla — "We the North" is more like "We the South" for the Toronto Raptors as they start the 2020-21 season. They'll open their schedule against the New Orleans Pelicans tonight at Amalie Arena.

The Raptors are playing in Tampa after the Canadian government denied an exemption for NBA teams to travel north of the border without a 14-day quarantine. The franchise made the temporary move official last month after getting the green light from the Tampa Bay Sports Commission.

"Kudos to our community partners for working quickly to make this happen," Commission Executive Director Rob Higgins said in a statement after the announcement. "Our partnership with the Raptors organization is already off to a strong start and our community is focused on serving as a great interim host to them for the duration of their stay in our hometown."

The Raptors say they hope to be able to play in Toronto later in this season, which will run 72 games instead of the usual 82. For now, their temporary home in Tampa will be one of six NBA arenas that will allow fans at games -- up to 3,800 of them.

Coming to an event? Play It Safe by checking out the guidelines below. Our highest priority is the safety of all fans, partners, and staff. Let's work together to keep live events at Amalie Arena.

Amalie Arena is taking extra precautions to make sure fans can attend games safely. Its plan for safely reopening includes social distancing measures at gates, concession stands and seats, as well as contactless payment and frequent cleaning. Keep in mind that you won't be allowed to bring bags into the arena.

If you're thinking about going to a game, you'll probably want to know how good the new hometown team is. The answer: very. The Raptors came within one game of reaching the Eastern Conference Finals last season, one year after they won their first NBA Championship. Even though they lost veterans Serge Ibaka and Marc Gasol to free agency, the Raptors re-signed prized guard Fred VanVleet to a four-year, $85 million deal in the offseason. They still have a number of other pieces from their 2019 championship team, led by guard Kyle Lowry and forward Pascal Siakam.

Allow us to re-introduce ourselves. #WeTheNorth pic.twitter.com/4PFhuVsgYk

You can watch the Raptors tip off the 2020-21 season tonight at 7:30. The game won't be televised in the Tampa Bay area.