The Bulls came up short in their quest to beat the Knights for the first time in four years. 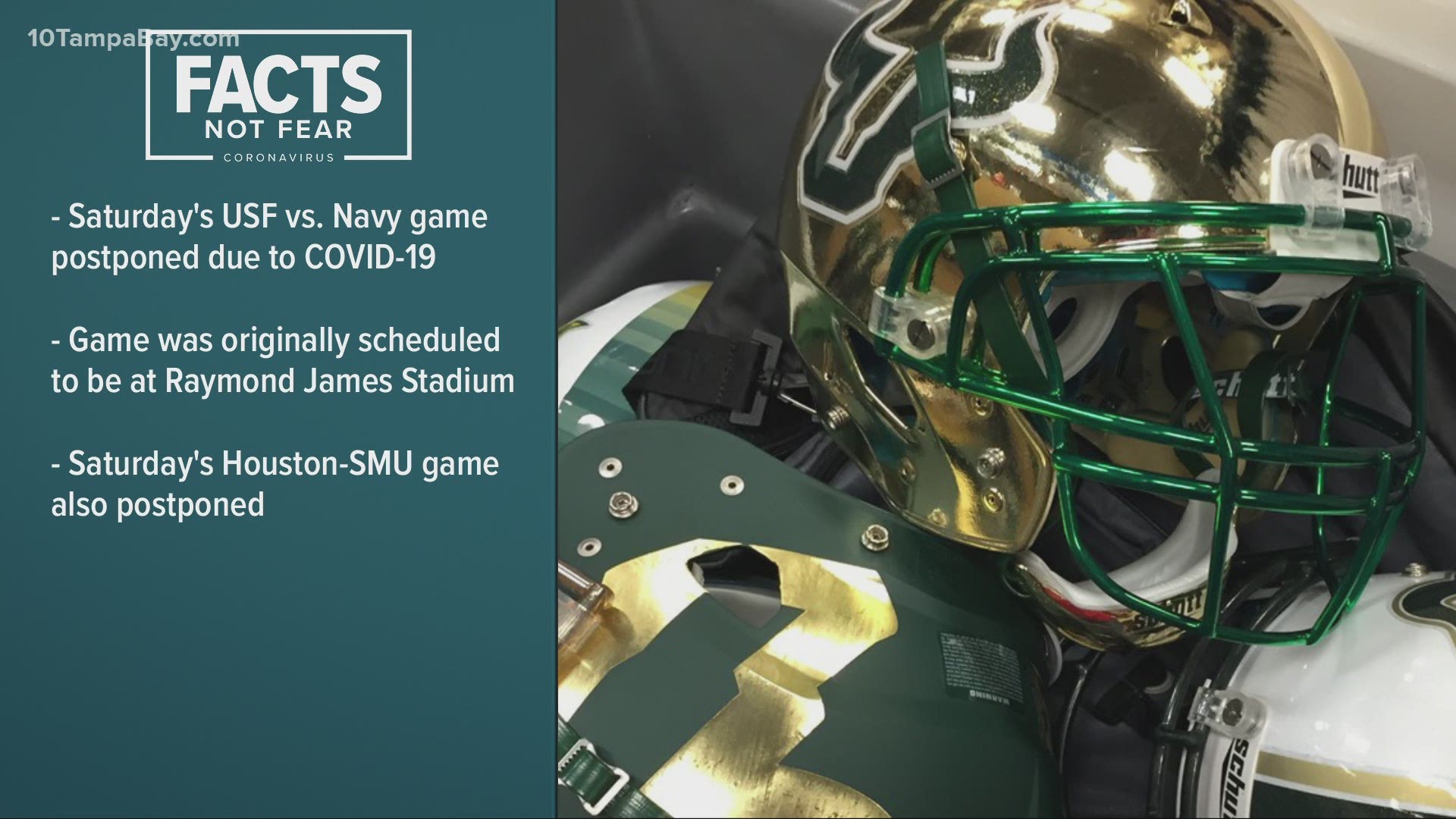 Gabriel was 22-of-36 passing for 336 yards and four touchdowns with an interception and scored on a 12-yard run late in the third quarter. Harris finished with five receptions for 110 yards.

Jordan McCloud had 404 yards passing and four touchdowns with no interceptions for the Bulls. Bryce Miller had 11 receptions for 121 yards and two TDs and DeVontres Odoms-Dukes had scoring catches of 23 and 14 yards.

Black Friday is best known as the unofficial start to the holiday shopping season. But, USF and UCF football fans have another reason to circle this day on their calendars.

That's right, today is the annual "War on I-4," pitting the Bulls against the Knights for a trophy and bragging rights. This year, USF will play host at Raymond James Stadium, and the Bulls can use any advantage they can get.

USF has sputtered this season, losing seven straight games after winning the opener against the Citadel. The Bulls have been outscored by an average of 18 points per game. Both sides of the ball have run into constant trouble, but the inconsistency at quarterback is the hottest topic for fans -- and has been since Quinton Flowers graduated after the 2017 season.

While primary QBs Jordan McCloud and Noah Johnson have not turned the ball over frequently, their numbers haven't been outstanding either. The Bulls average fewer than 200 passing yards per game. First-year head coach Jeff Scott has gone back and forth between the two, even after saying he would stick with the sophomore McCloud "going forward." They'll have one more chance for a standout performance against a highly-touted UCF team.

The Knights head into the rivalry game a respectable 5-3. But they've regressed from their undefeated 2017 and one-loss 2018 seasons. They blew a double-digit lead in each of their three losses this year. Despite that, UCF has good reason to be a heavy favorite against its intrastate rival.

UCF's number-one threat is sophomore Dillon Gabriel, who finds himself on the short list for the Davey O'Brien Award as the nation's best QB. Gabriel has placed himself on the leaderboards in several categories with more than 3,000 passing yards, 26 TD and only three interceptions. The running game has been outstanding as well, as the Knights have rushed for 18 scores with six different players. But their shaky defense has allowed more than 450 yards per game, keeping UCF from pulling away in a few games they felt they should have won.

The Knights could also wrap up the ultimate comeback story during today's rivalry game. They've hinted that one-time star QB McKenzie Milton could see action, two years after he suffered a gruesome injury against USF that nearly cost him his left leg. If Milton returns to the same field where he was hurt, fans of both teams will be able to come together and appreciate it.

The "War on I-4" kicks off at 3:30 p.m. at Raymond James Stadium. A limited number of fans will be in attendance. USF leads the all-time series 6-5 but has lost the last three matchups with UCF.