USF to face off with Alabama in 3-game series 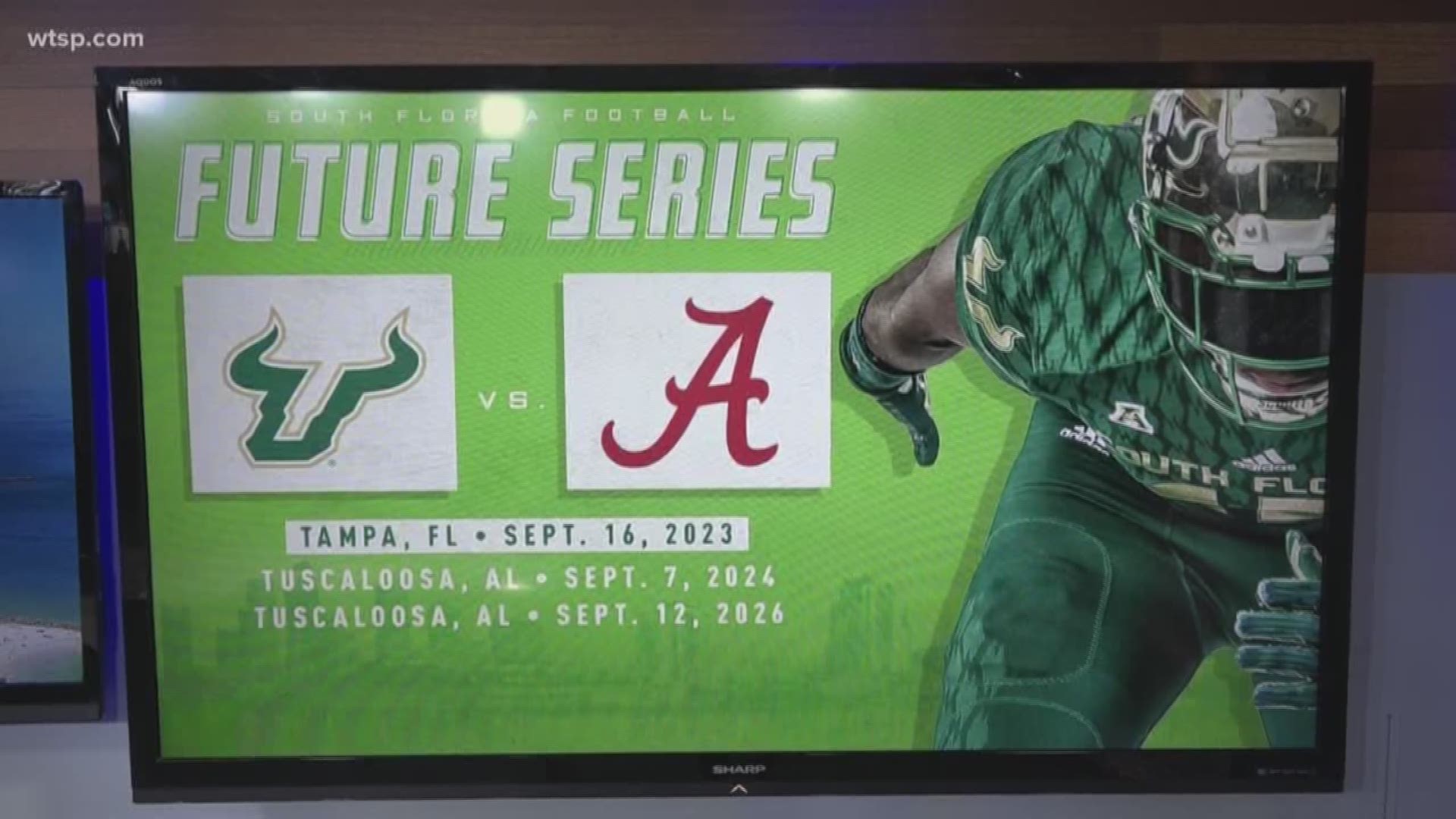 TAMPA, Fla. — The University of South Florida announced Thursday a three-game series with Alabama scheduled to start in Tampa in 2023.

The Bulls will have 17 non-conference games versus "power 6" opponents over the next 10 seasons, 14 added since January. USF is also slated to play against Florida and Miami in the next two seasons as well as Wisconsin, Georgia Tech, and Texas.

"We are very excited to open the Alabama series in Tampa in 2023 and to add one of the most successful brands in American sports to a very exciting list of future opponents that will give our student-athletes and coaches a great opportunity to compete against the best programs in the nation," Kelly said.

The Bulls and Crimson Tide are scheduled to face off on Sept. 16, 2023 at Raymond James Stadium.

The Bulls and the Crimson Tide will face each other again for the final two games of the series at Bryant-Denny Stadium in Tuscaloosa, Ala. on Sept. 7, 2024 and Sept. 12, 2026.

The Bulls previously faced off with the Crimson Tide in Tuscaloosa on Aug. 30, 2003.