After a very public and stressful offseason for Dan Snyder and the Washington Football Team, they start the season against the Eagles at FedEx Field. 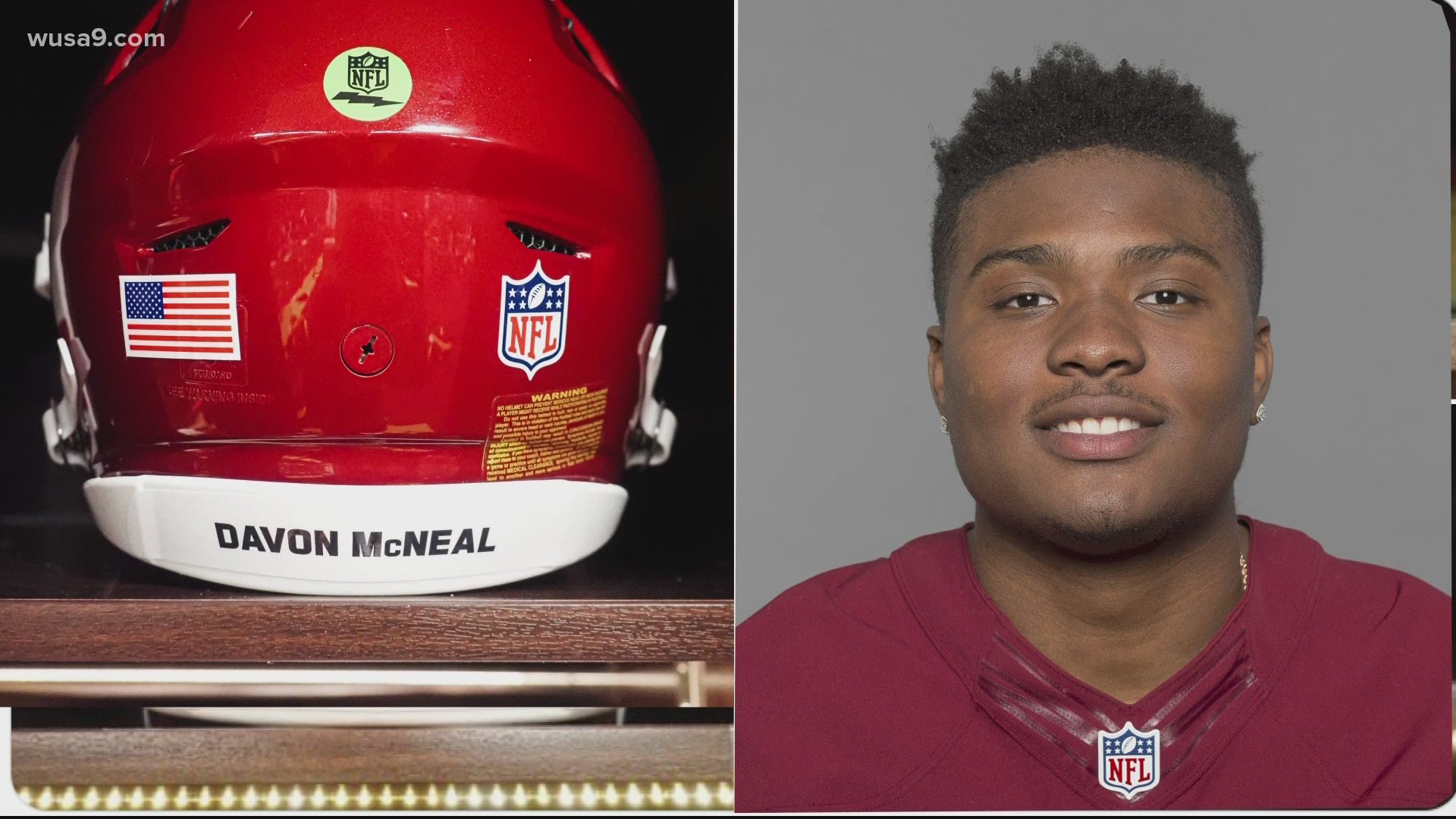 WASHINGTON — Washington football is back!

After a very public and stressful offseason for Dan Snyder and the Washington Football Team, they start the season against the Eagles at FedEx Field on Sunday.

Here are a few things to know this season before you sit down and watch the Burgundy and Gold.

After finishing the season as Washington's starting quarterback, Haskins was named team captain and given the starter position under the Ron Rivera led squad. Alex Smith made the official Washington roster and is coming off a year of recovery after the horrific leg injury against the Houston Texans in 2018. While he is one of three quarterbacks on the team roster, he once was, and still could be, a premiere National Football League quarterback that may be useful if things don't pan out with Haskins starting.

2. Welcome to the NFL, Chase Young:

The defensive side of the ball is something Washington Football Team Head Coach Ron Rivera and defensive coordinator Jack Del Rio will build its organization around. And it will start up front with the likes of rookie defensive end Chase Young.

Young, a former Ohio State University (OSU) Buckeyes, will be raw talent on a premier front line that includes Jonothan Allen, Ryan Kerrigan and other veterans that will help the young man adjust to his role. Washington fans should not look far to see success. The Bosa brother (Nick and Joey Bosa) are both products of OSU, and have been outstanding for the Los Angles Chargers and San Francisco 49ers.

As the second overall pick in the 2020 NFL Draft, Young will have a lot of eyes on him. And teams will account for his likely production come Sundays.

RELATED: Meet the 8 newest Redskins players selected in the 2020 draft

3. No Guice, No Peterson. Who is running the ball behind Washington? And will they be effective?:

Darius Guice was dismissed from the team after domestic and sexual abuse charges were filed against him in Loudoun County just before training camp. For Adrian Peterson, who is now with the Detriot Lions, it was a numbers game and just time for the Washington Football Team to use the position for a player that could contribute to other places, specifically special teams and in the passing game. Peterson isn't an out of the backfield catcher. Peterson never had to be a ball catcher when he ran over human beings on a weekly basis in his younger years with the Minnesota Vikings. And the premium he carries financially, along with his age, made it hard for Washington to keep the 35-year-old.

Running backs for Washington this year include Bryce Love, Antonio Gibson, J.D. McKissic and Peyton Barber. Love and Gibson look to be the most prominent picks to start the position. But as we know from recent NFL seasons, The running back position in the league can be ever-flowing. So don't be surprised to see new faces from time to time standing next to Haskins.

RELATED: Peterson signs with the Lions after being released by Washington

Let's be honest, the summer was rough for Washington, and it wasn't a fresh start to the Ron Rivera era, and for confidence in the franchise under Dan Snyder. And however you feel about the last few months and the changes that took place, and the horrific sexual abuse allegations within the franchise, this team is on the field representing a new era for football in the DC region.

Veteran coaches can be a true positive for teams going though a tough offseason. Del Rio and Rivera are not wash-ups, and going from an offensive centered team under Jay Gruden, to one that is centered around defense under Rivera and Del Rio, may be what the franchise needs to succeed in the near future.

The change also from having former Washington Team President Bruce Allen may also help. Rivera has an expanded role that encompasses more authority, combining some decision making roles that Allen held. It was something he pointed to in his press conference for why he thought coming to Washington to work for Dan Snyder could lead to success for the organization desperately waiting on a return to something resembling its glory days in the later part of the 20 Century. Yep, it's been that long.

RELATED: Who is Jack Del Rio? | He may become temporary head coach for Washington due to Rivera's fight with cancer