It's a way to come together while also keeping a social distance. 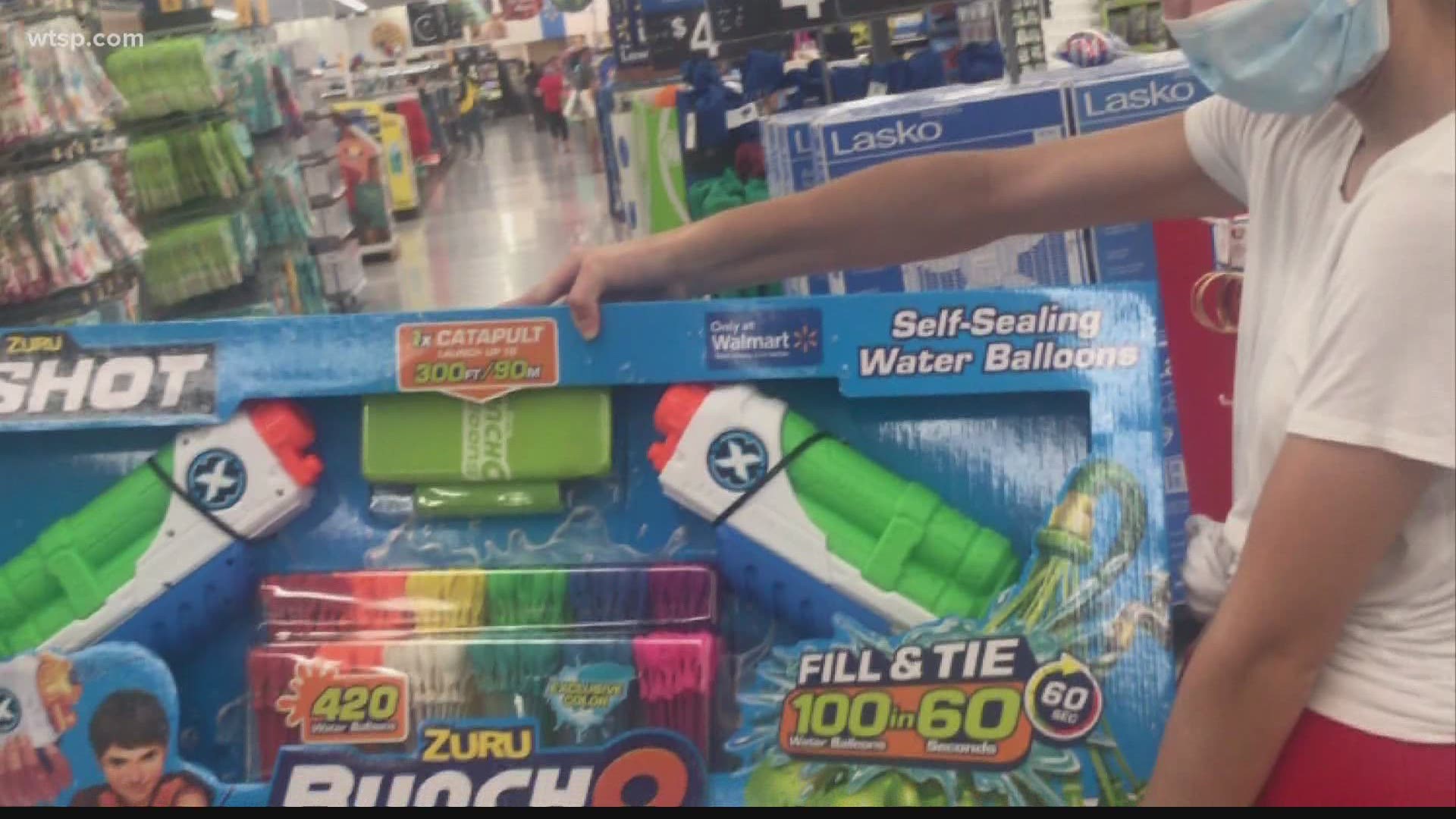 TAMPA, Fla. — They may be high school graduates, but they’re still just kids and they want to have fun.

Jenine Perno is a mom of a Plant High School graduate.  She shared with her Sunset Park neighbors on Nextdoor that the senior class was getting ready to start a beloved tradition: Water Wars.

Water Wars is a giant squirt gun war and only a few places are off limits including school, church, work, and other people's homes. It's not school sanctioned and is organized by the senior class committee.

There are 32 teams with a total of 267 seniors who are out and about with the squirt guns trying to tag others and get them out of the game.

Jenine’s daughter, Alexis, says she’s looked forward to it since she was a freshman and says this is a way to enjoy time with her friends before they head off to college.

Alexis says they already lost out on prom, the typical graduation ceremony and is sad about the empty yearbook pages she’ll have without signatures and notes from classmates.

“This happening despite everything, and even though we all thought it wasn’t really going to happen, that is something that speaks to not only the determination of my graduating class, but also the desire to just to be a kid again, to run around with water guns in Florida and have fun,” she said.

There are rules to the game and no trespassing is a big one.  The seniors post pictures of who they hit with their squirt guns on Instagram.

The game lasts for one week and will wrap up on June 3.  The last senior team standing gets a cash prize.

Alexis says considering everything happening with the pandemic, donating the money is something she’s strongly considering … if she wins.

This story was inspired by a local resident who let Courtney Robinson know about the awesome things happening in their neighborhood on Nextdoor. She’s looking to share the positive stories of neighbors helping neighbors. Click here to see and comment on Courtney’s Nextdoor posts.