Wayne Barnes told his nurse he was worried he wouldn’t get to say his goodbyes. She and her wife found a way to make sure he knew his legacy will live on. 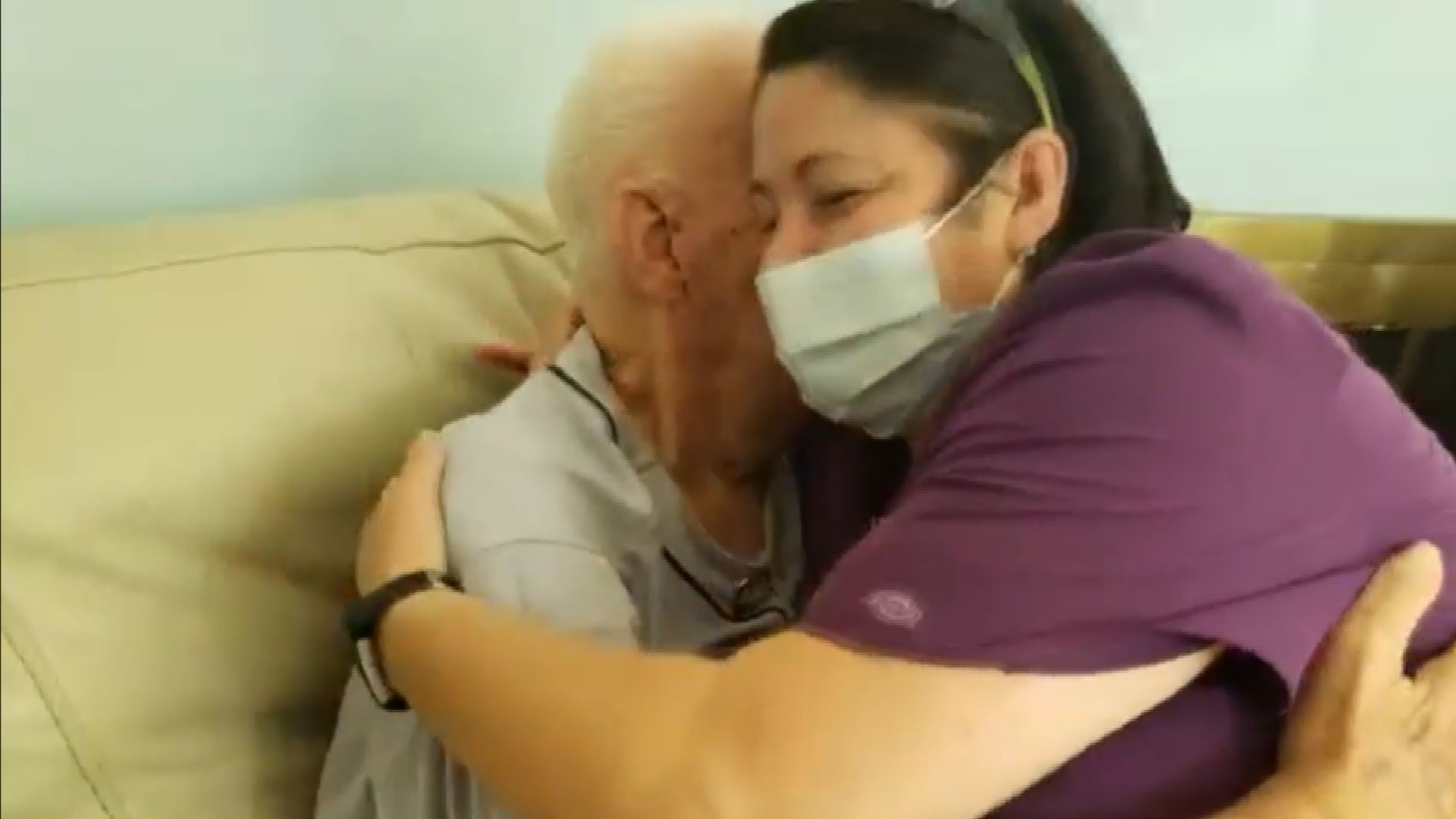 PINELLAS PARK, Fla. — It was a celebration for a hometown hero.

The story behind how this came together is what’s truly remarkable.

Amid a pandemic, a hospice nurse and her patient, Wayne Barnes, found each other and a bond was forever formed.

“Let me put it this way, I found you,” said Wayne.

The 88-year-old is in home hospice care through Suncoast Hospice. Sandra Breedlove is his nurse.

“Every time I go and visit Wayne, I want to find out how he’s doing and check on him and his health and he wants to immediately stop talking about that and he shushes me and he goes right into his stories: ‘When I was on 22nd street down in St. Pete….'”

Wayne was an officer with the St. Pete Police Department from 1960 until he retired in 1985. He, like Sandra, is also a U.S. Army veteran.

“All he wants to do, he just comes to life, talking about his duty as a police officer in serving the community and when he was in the military serving the country,” she said.

The two have developed a special relationship. Last week, Wayne shared his concerns about feeling isolated.

“He mentioned last week that he doesn’t feel he’ll get to see people and tell them goodbye and feeling disconnected and I want for him to find that reconnection,” she said.

Enter Sandra’s wife Amanda. She posted on Nextdoor to Courtney Robinson about plans to honor Wayne. People from across Tampa Bay saw the post and responded.

“It snowballed and I’m amazed at how many people, just so many people are just coming out of the woodwork just to pay gratitude,” said Amanda.

The couple organized a parade to salute a man who served the community and country.

“This man truly touched so many people and left a thumbprint on everyone,” said Amanda.

And in these recent months, he touched another: his nurse, Sandra.

After the fanfare, Wayne and Sandra walked back inside.  Amanda recorded the moment.

Wayne thanked those who showed up for him. He said he felt fantastic and added he didn’t think “there was a population so big in Pinellas Park.”

He then turned to the camera: “Sandra was like a light at the end of the tunnel.”

Sandra told him she loved him. 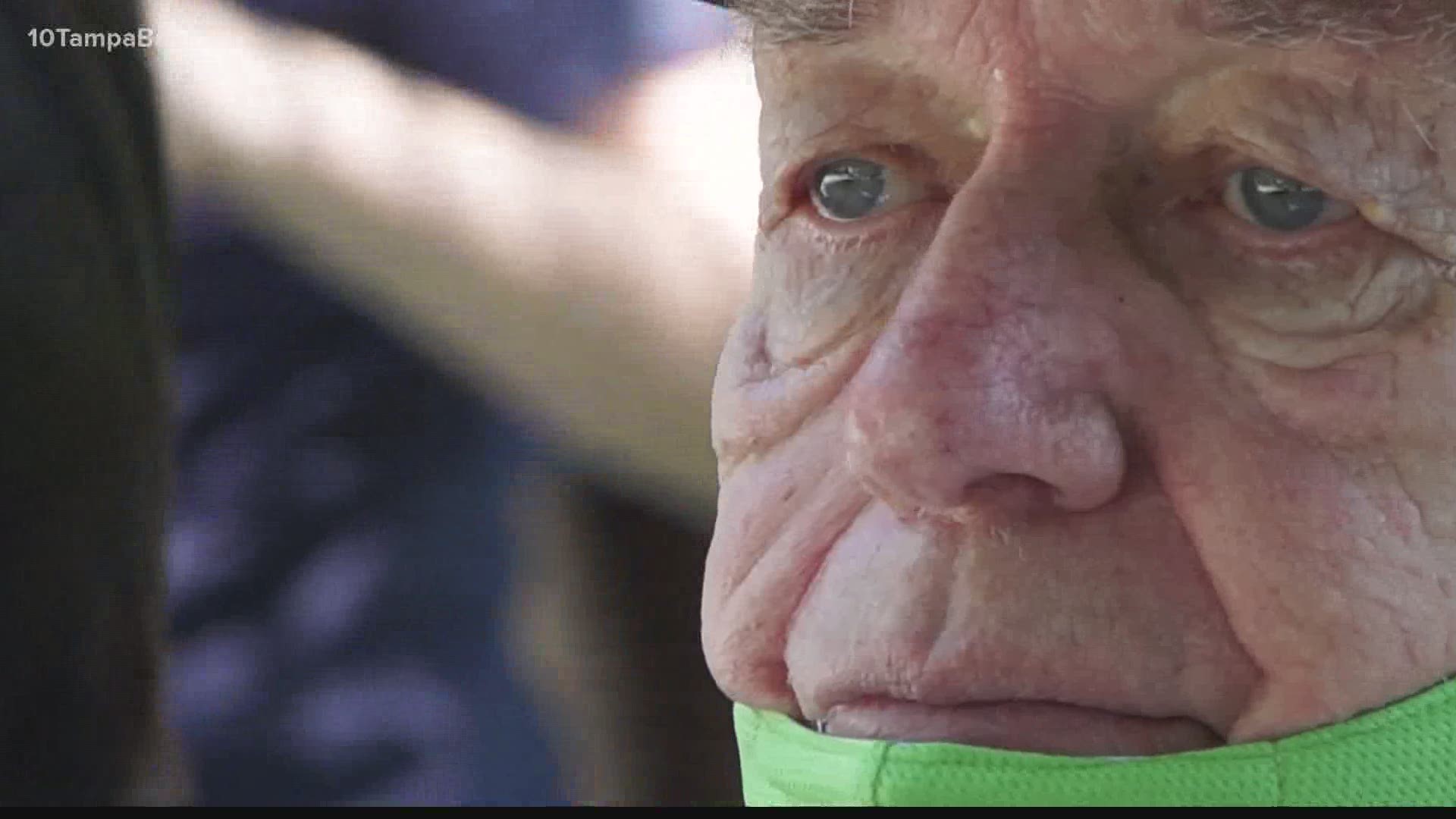 This story was inspired by a local resident who let Courtney Robinson know about the positive plans they had for their neighborhood on Nextdoor. Share your stories of joy and hope with her.  You can Click here to see and comment on Courtney’s Nextdoor posts or just search “Courtney Robinson 10 Tampa Bay” from your mobile Nextdoor app.

RELATED: Family recovers from coronavirus, gives others strength and hope to overcome it

RELATED: Hospital staff cheers for COVID-19 patient who gets to go home