Kathryn Dotson is getting old devices from neighbors, fixing them and giving them to others. 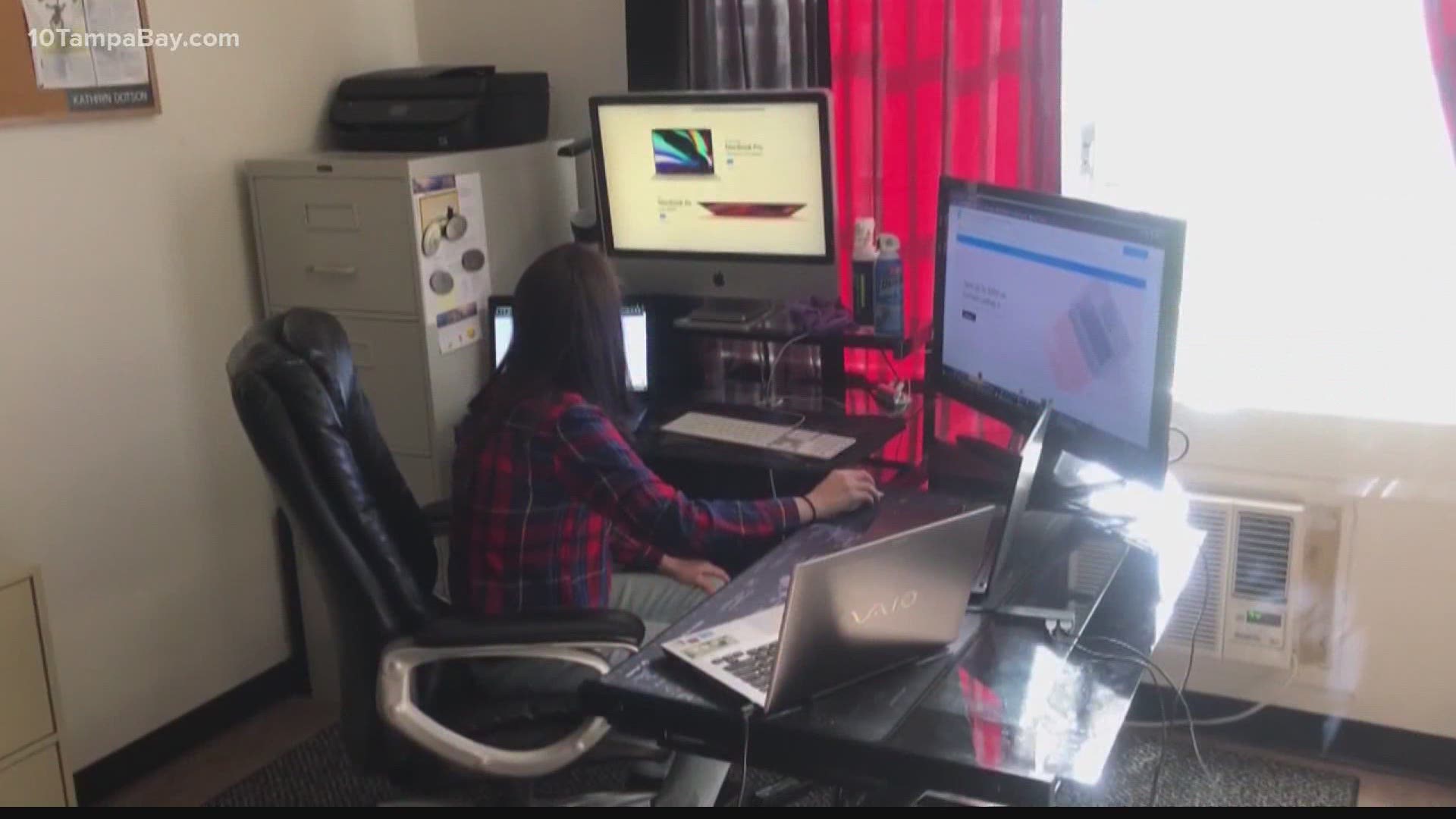 ST. PETERSBURG, Fla. — If you have a computer or a tablet, you have more than some families in our area.  A woman in St. Petersburg recognized that need during the pandemic and found a way to help kids learning from home and parents who needed to work from home, among others.

Kathryn Dotson says she’s a “techie.” She works in the information technology field and says computers are her passion.

“You need to have a working computer. You need to stay connected to the world and just the things going on in the world today, you should always be in the know,” she said.

“I had a friend mention that she was trying to get her GED, and she was doing all the schoolwork from just her cell phone,” she said.

Amber Rahme is that friend. Rahme says it was frustrating working from her cell phone, and she was ready to give up on getting her GED. Kathryn found a device, refurbished it and gave to Amber for free.

“I cried when she first gave me the laptop because I was so overwhelmed that she was willing to give me a laptop, like they’re expensive and she was so willing to give it to me, to help me with it and teach me how to do certain things on it, and it was really a blessing,” said Amber.

Then came the pandemic and everyone needed a computer. Parents posted on social media asking for computers for their children to learn from home or a computer so they could start to work from home. Kathryn realized this was how she could do her part.

“Who does that?” asked Amanda Wilson.

Amanda is a mom of two. Kathryn gave her a computer so she could work from home while her young son did his eLearning from a device provided by the school district.

“I told her, I’m like you’re an angel.  Just to do that on your free time, just to help somebody out, you know, that’s really cool,” she said.

While Kathryn restores the operating systems and cleans up the device, others fuel her efforts by donating old computers.

She posted on Nextdoor, letting people know that not only could she provide help, but she could also take old devices.

"When you just reach out on social media and you get such an overwhelming amount of love, it’s just a feeling of just wow,” she said.

“Just a feeling to help somebody else and make something easier in their life, I think that’s kind of drives me like literally legitimately just helping someone.”

Kathryn has helped 10 families so far and says she will soon be able to help 20 more.

She says at some point she would like to start a nonprofit to connect families in need of devices.

If you have a device you’d like to donate, you can email her at kdotson33@gmail.com.

This story was inspired by a local resident who let Courtney Robinson know about the awesome things happening in their neighborhood on Nextdoor. She’s looking to share the positive stories of neighbors helping neighbors. Click here to see and comment on Courtney’s Nextdoor posts.