Five asteroids will pass by Earth next week, NASA says

NASA has identified five asteroids that will pass near Earth. 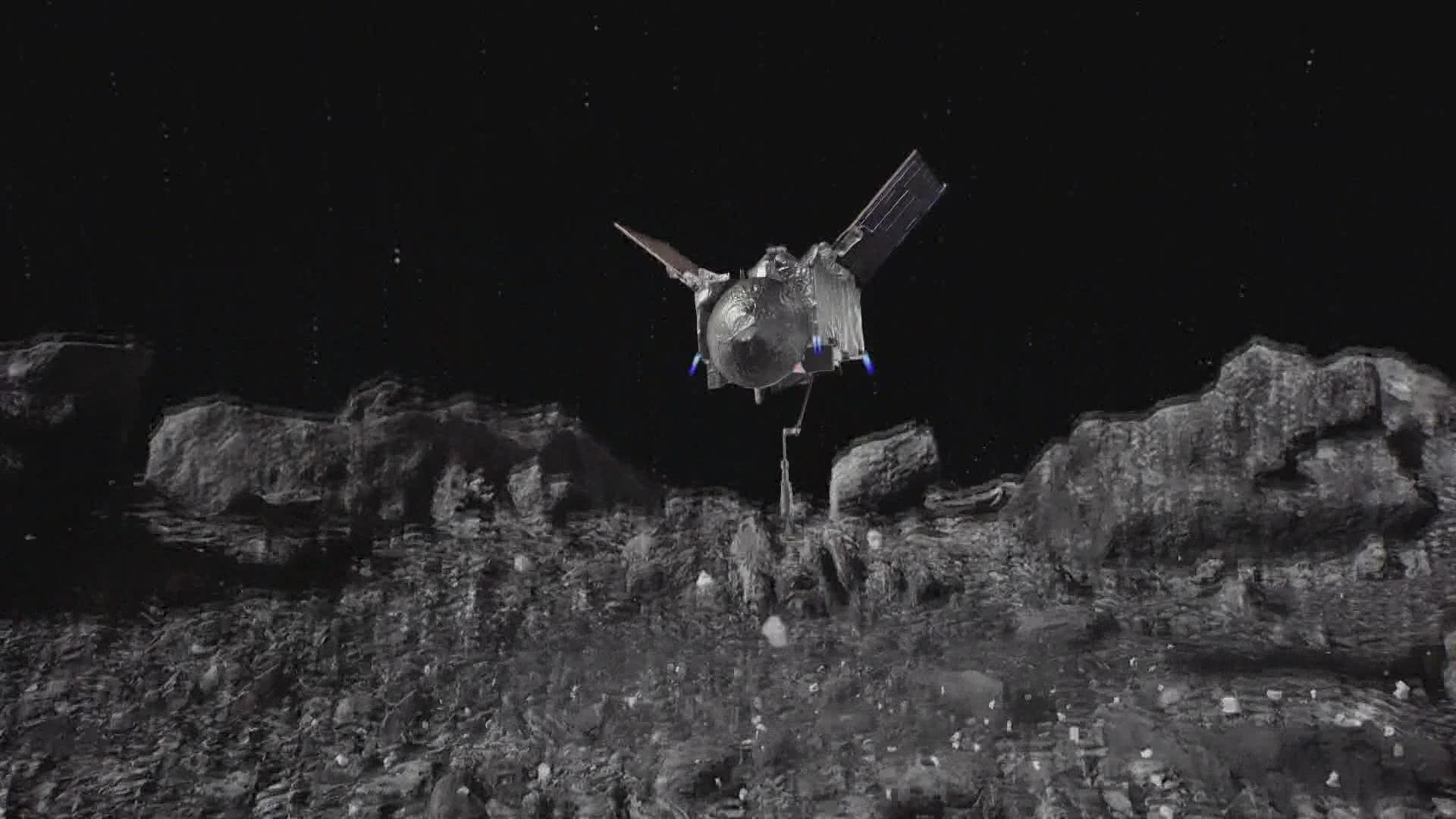 WASHINGTON — Earth will have some relatively close encounters with asteroids in the coming days, according to the National Aeronautics and Space Administration's Jet Propulsion Laboratory.

Five asteroids will make an approach to earth, one of them is approximately 620 feet,  taller than a typical office building. For reference the Washington Monument is 555 feet and 5 and 1/8 inches tall.

The largest asteroid, 2021 KT1, will make a close approach to Earth on June 1, coming within 4.5 million miles of Earth.

That may seem far, but NASA considers any asteroid within 4.6 million miles of Earth and larger than about 150 meters to be potentially hazardous.  NASA is watching the asteroids, but has not said that it will make a direct hit to earth.

Smaller asteroids will approach the earth Saturday, Sunday and Monday. These will come approximately within 1.9 million and 3.6 million miles of the earth. These asteroids are the size of airplanes and an average house.

In addition to the larger, 2021 KT1 asteriod, another smaller asteroid will come within 694,000 miles of the earth on June 1st.  The smaller one is about the size of an airplane.

NASA's Asteroid Watch dashboard tracks asteroids and comets that will make relatively close approaches to Earth. The dashboard displays the date of closest approach, the approximate size and distance from Earth.

The dashboard usually shows the next five Earth approaches.

What Is An Asteroid ?

In simple terms asteroids are rocks.  They are remnants left over from the early formation of our solar system about 4.6 billion years ago.